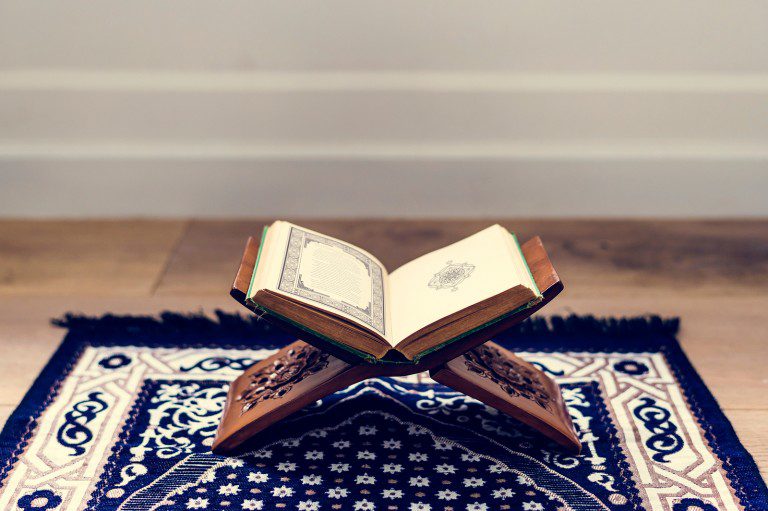 What sacred texts and traditions teach us about social justice

How does religion teach us to help other people? Recently a panel of religious scholars met on BYU campus to discuss how their religious texts and traditions inform their community’s understanding of social justice.

The panel began by discussing how the idea of justice appears in their sacred texts.

Maeera Shreiber, associate professor at the University of Utah, provided her perspective on the Jewish tradition, which she described as deeply rooted in text. She shared Deuteronomy 16:20 and stories from Isaiah as examples of justice in Jewish sacred texts. The message in Deuteronomy suggests that believers must pursue justice whether or not it serves their own personal gain.

She also introduced the Jewish idea of Tikkun Olam or Repair the World, which in Jewish mystical tradition says that we can partner with God to make the broken world whole.

BYU’s own Eric Huntsman offered his perspective on justice in the New Testament. He began by sharing that Jesus doesn’t have much to say on exactly how to help the poor, but that Jesus does call his followers to help the poor. One of the few places where the New Testament addresses how to help others is James 2, but Huntsman cautioned that readers often lose the context. There are issues of economic justice that need to be addressed when helping others.

Shuaib ud-Din, an Imam at the Utah Islamic Center, shared his perspective on justice in the Islamic tradition. He shared that one of the pillars of Islam, Zakat, is to give alms to the poor. This money must be given directly to individuals who need it. For Muslims, having financial stability is important. If a person is poor, shared ud-Din, they won’t be in the right state of mind to worship God, so others must help them overcome that barrier to worshipping.

Another BYU professor, Joseph Spencer, offered his perspective on justice in the Book of Mormon. He brought up Mosiah 4 as an example of justice in that text. The passage focuses on the beggar, making distinctions between the beggar and the poor. It then turns its direction to the rich, telling them how to help others.

Justice for the socially marginalized

The panel then turned specially to the idea of social justice, explaining how their religious traditions treat strangers and the socially marginalized.

Shreiber began by giving more context about the Jewish community. It isn’t just a faith community, she said. Judaism can be religious, ethnic, cultural or ethical. In Judaism, practicing social justice is a central part of identity, but it isn’t about religious identity. The idea of social justice comes from a historic identity. It comes from reaching into the Jewish history of being a stranger and that turning into an obligation to see, engage with and care for others.

“You take your text and your story about struggling for freedom and you use that to think about the obligations you have to other people as a result of your own story,” she said.

When we talk about social justice in terms of the marginalized, said Huntsman, we shouldn’t just be preoccupied by the headline news. “We need to start where we are with the people who cross our paths and share our lives. As believers, we need to love as God loves.”

ud-Din shared that while the Islamic faith does focus a lot of attention on how to worship God, those instructions are always followed by instructions on other people to help. Helping others is one of the starting points of Islamic faith.

Spencer addressed that the Book of Mormon can seem as if it is casting the marginalized aside with the way it treats gender and race. He also offered spaces in the text that can give hope to the marginalized. In Jacob 3, it is the voice of a marginalized prophet that calls out unjust behavior against women. In other chapters, readers see heroic women represented within the Lamanites.

One way to look at the Book of Mormon, suggested Spencer, is to see the story as a long tragedy about what happens to the Nephites because of their gender relations and their race relations. In the end, justice comes.

Although the panel didn’t have all the answers of how to bring about justice, they agreed that their religious traditions gave them context about justice and helping those around them.

Elder Holland - Oct 2014 - Are we not all Beggars? "Now, lest I be accused of proposing quixotic global social programs or of endorsing panhandling as a growth industry, I reassure you that my reverence for principles of industry, thrift, self-reliance, and ambition is as strong as that of any man or woman alive. We are always expected to help ourselves before we seek help from others. Furthermore, I don’t know exactly how each of you should fulfill your obligation to those who do not or cannot always help themselves. But I know that God knows, and He will help you and guide you in compassionate acts of discipleship if you are conscientiously wanting and praying and looking for ways to keep a commandment He has given us again and again."Maybe it's not a political issue after all. Maybe we just need to follow the promptings of the spirit. Political solutions "work" because they can coerce people to do "what is right" with the power to imprison fine seize.