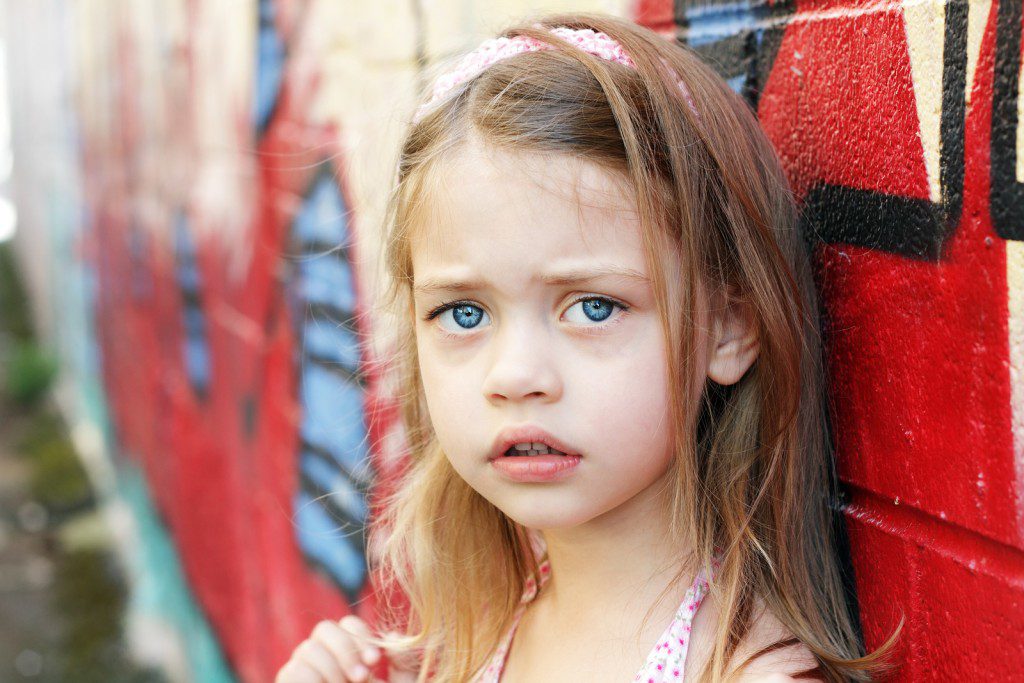 Terror victimizes everyone, with icy hands that reach far beyond the immediate dead and their families in Paris. A soccer game is canceled in Germany, two Air France planes on their trips to Paris are diverted because of bomb threats. We are suddenly in thrall to the deranged with bombs, guns and suicide vests.

I have thought much of this because I know how it feels. Three weeks in October 2002, all of Washington DC was gripped with fear because of a pair of snipers whose bullets came out of nowhere and murdered random people who just happened to be a handy target for a crazy shooter.

We were only one year beyond 9/11. We already knew what it was to have our children locked up at school when the Pentagon was hit and the world turned to ash, but this sniper felt almost more personal.

Our family lived in a Northern Virginia suburb then, and we awakened each morning to headlines of another innocent victim, people like us who were just doing their daily things, suddenly struck in the temple or the back. They were people just shopping or pumping gas, who suddenly fell dead, their bodies then hastily covered with white sheets that began spreading with blood.

It began on the morning of Oct. 4, when four people were shot dead within a span of two hours. The first was James L. Buchanan, a landscaper, who was mowing grass in Rockville Maryland. Part-time taxi driver Premkumar Walekar was shot while pumping gasoline barely 30 minutes later. The LDS sister missionaries were among the first on the scene who came to get gas but arrived in time to see him die. Then there was a babysitter, Sarah Ramos, who was sitting on a bench, just reading a book.

These were not just names in the paper. They were us. We mowed grass, we pumped gas, we read on bus benches. It was insanity; these people were targets of bitter bullets that came out of nowhere.

The media were awash with these stories, but that is not what whipped up our fear. It was the sense that the air outside our homes was itself toxic. There was this feeling that at any time, in any place, you could be the next target. Nothing felt safe anymore. No activity was secure.

We felt the terror like a creeping, silent plague. Children’s school events were canceled. Recess was taken inside. We trembled to pump gas, so we took to traveling less, and when we did we saw plastic sheets hanging down as camouflage, hiding the people who were still willing to pump gas.

The locations of the murders made no sense and followed no pattern. They were in Maryland, then in Virginia. They were here and then there. You couldn’t anticipate it or grope your way to safety. The world had reeled and become unsafe despite your best precautions.

Then one day 13-year-old Iran Brown was critically shot in the abdomen when he was dropped off at the Benjamin Tasker Middle School in Bowie, Maryland, as pleasant and tree-lined suburb as you can imagine, seemingly faraway from any evil. Yet in these trees, the sniper stood, targeting school children.

The word was whispered through some unknown source that children were the next target.

I can still remember, as if indelibly printed on some underbelly of my soul, gripping the steering wheel and watching nearly breathless as I dropped our daughter off at middle school the next day. I was in the line up of cars that each had its moment in front of the school door to leave your child. Our turn for her to get out of the car came and I looked at the woods that lined the schoolyard. They seemed ominous, the source of hidden darkness, and I prayed, “Please let her make it safely to the door.”

I watched her step by step, thinking I had taken a great risk letting her go to school that day.

My husband, Scot, had been gone on a business trip most of this time, and I had been alone with this daily toll of terror. Finally on October 14, at about 7:15 p.m. I stopped with our two daughters to grab some dinner at the local McDonalds. Singing lessons had kept us from home at the dinner hour. This McDonalds was in a mall, and so we got out of the car and began crossing the long parking lot to the restaurant when it struck me.

It was dark. No one else was in the parking lot, and though there were bright lights beyond us, we made a perfect mark, the surrounding woods a great place to hide. It had been three days since businessman Kenneth Bridges had been shot pumping gas in Virginia. The sniper rarely waited so long for his next victim. It could be tonight.

I turned to my little girls, ages 7 and 12, and said, “Let’s run.” They wanted to know why. “Because we are so hungry,” I lied. They, like all the other school children in our area, were already frightened enough to hear what forebodings really moved me.

I remember running across that parking lot, truly scared for our lives, and it wasn’t just irrational. That night, two hours later, at 9:15, a 45-year-old FBI Intelligence analyst named Linda Franklin, was shot dead just after she finished shopping at a Home Depot in Virginia not far from our house.

Not long after, our 7-year-old had a dream where she saw the sniper’s face clearly through our family room window, trying hard to get in. Later when the arrests were made of the snipers, she said of the older sniper, “That’s just the face, I saw.”

You might wonder how two snipers, one a man and another a boy, driving a blue Caprice with a hole in the trunk from which they fired their bullets, could hold the capital of a nation in the grips of fear for so long, but terror lurks in dark shadows with a peculiar and heady power. It is like experiencing an earthquake. Nothing feels so solid any more. The earth you took for granted groans and moves and the old predictable sense of safety flees away.

It only took two snipers to close down the communities that surrounded our nation’s capital in 2002. What can an army of terrorists hell-bent on your destruction do? For them we have no more right to life than a housefly. Our destruction is their aim, our blood spreading on white sheets that cover our bodies, a goal fulfilled.

What supreme, utter power those two had over the lives of hundreds of thousands of us in the Washington DC area during their reign of terror—and that’s the problem with terrorism. It not about numbers of terrorists or weapons or about the sophistication of their strategies. The hole in the back of a Caprice was crude but brutally effective as a place to stay hidden while you aim.

Our new terrorists have something in common with the Washington DC snipers. They are deranged, senseless, motivated by nothing that could be counted as rational. But they are of a different magnitude. They can terrorize a world, not a community. They have oil money to draw on. They recruit through an Internet that knows no boundaries. Their numbers are swelling daily. Every miscreant who ever lurked in the shadows of society can find a home in ISIS. Their target is not just a Russian airliner or a concert hall in Paris, it is the world, which they hope quite frankly to decimate and reshape. They are not pinpointed to a few locations. They are everywhere. The FBI has told us there are currently 900 terror investigations in all 50 states.

There is no reasoning with a terrorist. No hope that we can improve our relationships by being kinder or supplying money for a better lifestyle. Our best hope for those who would drown us in dread and murder us while we aren’t looking, is to respond with courage and a will to triumph. This is a time for clarity and leadership. If we become frightened or cowardly, they have already won.

Thanks for the excellent article. Thanks for listing the individuals by name who were senselessly murdered, they are people and should be remembered. We must act against evil, if not now, when? If not each one of us, than who? I believe that we can stand up against evil if we have faith that Gods plan is eternal and whether we live or die is not nearly as important as what we do with the time we have. We must speak the truth, as this article does, and bring evil out into the light. The Truth will set us free from fear, until the Savior comes again when we will be set free from all evil.

One correction: these are not "senseless, irrational" terrorists. Articles in The Atlantic, the New York Review of Books, and other reputable sources point out that ISIS has a clear strategy based on an ideology we do not understand, but that is coherent to them. Just because we don't subscribe to it does not mean that it's irrational. The more we study the desires and intentions of these terrorists the better prepared we can be to fight against them. And we must.