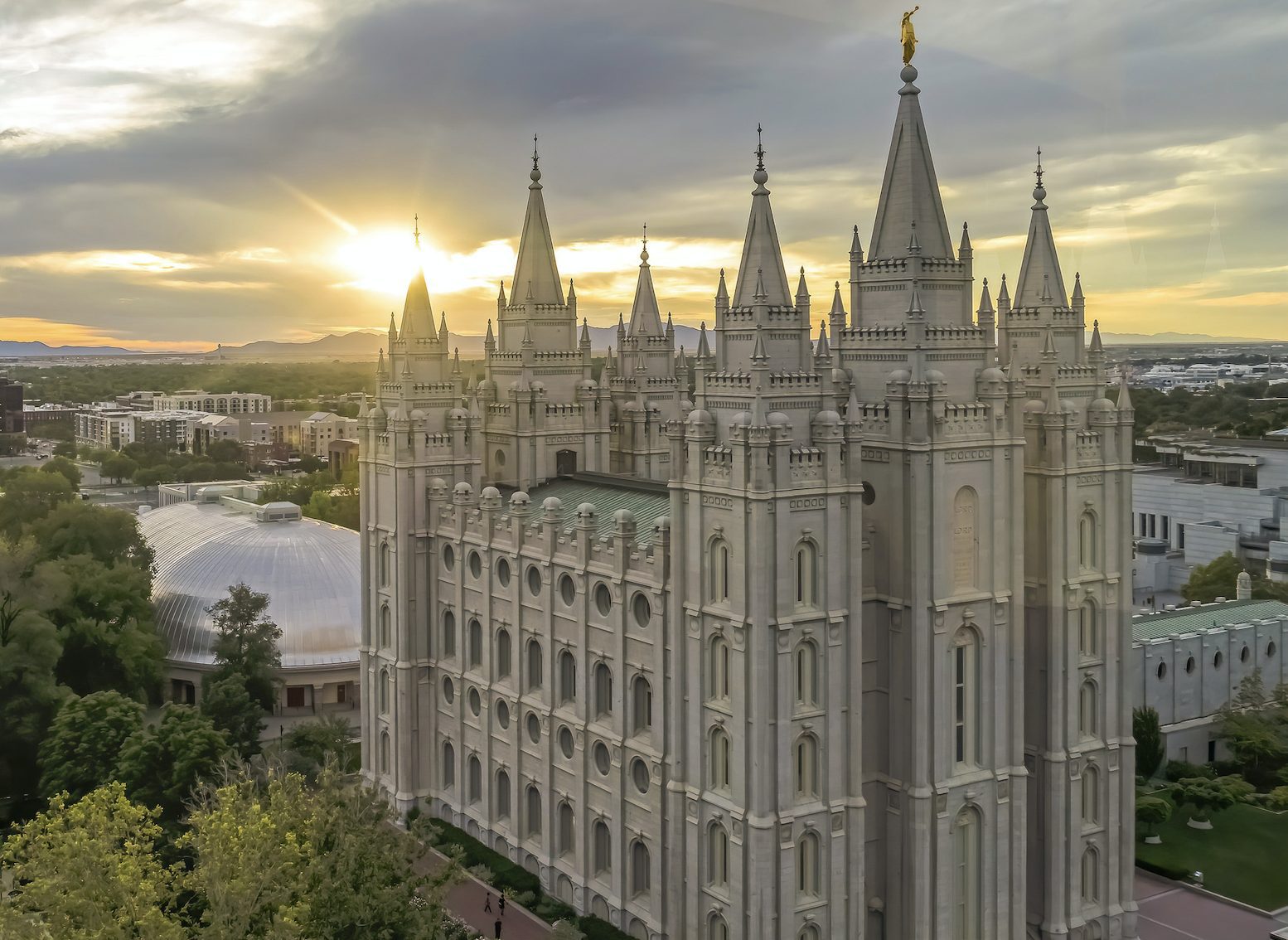 What does it mean that this is the only True Church?

Although this designation may leave some uncomfortable, the Lord called this “the only true and living church” (D&C 1:30). So, why did the Lord say it and what does it mean?

In 1820, God the Eternal Father and his Son Jesus Christ appeared to Joseph Smith in his First Vision. In response to his question of which church he should join, the Lord told him to “join none of them” (JS-H 1:19). Ten years later, Joseph Smith organized what is now called The Church of Jesus Christ of Latter-day Saints and the Lord declared it to be “the only true and living church upon the face of the whole earth” (D&C 1:30).

This clear, unmistakable language is sometimes unsettling for some who would prefer a softer tone and more ambiguous language. As President Dallin H. Oaks explained, it goes “against the powerful tide of what is called ‘political correctness” and the “fashionable opinion … that all churches are true” (New Era Aug 2011). But the Lord is speaking plainly so that the unique status of his church cannot be misunderstood. He wants the world to know that his “New Testament Church was lost from the earth” and that “The Church of Jesus Christ of Latter-day Saints … is Christ’s New Testament Church restored” (Restoration Proclamation).

In designating this the only true church, the Lord is not saying that we are the only church that has any truth. Those in other churches “know the truth in part,” the Lord taught Joseph Smith (D&C 49:2). When two Christian ministers desired to join the early Church, the Lord explained that the work they had been doing was good, but that he had prepared them for a “greater work,” and that they had been preaching gospel truth, but they were now called to preach the “fulness of my gospel” (D&C 39:11, 35:3). Through the Bible, other churches have much of God’s truth. In addition, through the Light of Christ, every man and woman, religious or not, may “know good from evil” (Moroni 7:16), be enlightened with truth, and “come unto God.” (D&C 84:47; Light of Christ, Bible Dictionary).

The Lord is also not saying that this is the only church with good people in it or the only church whose members God loves. Indeed, “We solemnly proclaim that God loves His children in every nation of the world” (Restoration Proclamation). We believe that as children of God with moral agency, “the power is in them” to “do good” (DC 58:28). As a result, we claim no monopoly on goodness, or service, or kindness. We know that there are many good people “among all sects, parties, and denominations” (D&C 123:12), and we believe that these honorable souls will one day be rewarded with a kingdom of glory in heaven (D&C 76:75, see also v99-101). Clearly, God is working through good people everywhere, not just in our church or among our members.

By restoring this church and declaring it to be his only true church, the Lord Jesus Christ was not trying to offend his faithful Christian followers. In fact, shortly before this church was organized, the Lord explicitly stated that his intent was not to “destroy” existing Christianity, but to “build it up” (D&C 10:53-54) by revealing “the true points of my doctrine” (v62) and by inviting all to “come unto me” and join “my [restored] church” (v67) so they can be built “upon my rock” (v69) like they were in New Testament times (Matt. 16:18). Calling this his only true church was not meant to be an insult, but an invitation. An invitation to enter the path that leads to the celestial kingdom of heaven

President Dallin H. Oaks has explained that “The work of The Church of Jesus Christ of Latter-day Saints is ultimately concerned with preparing the children of God for the celestial kingdom, and most particularly for its highest glory, exaltation or eternal life” (Nov. 2019 Ensign). On another occasion he explained further, “We do not preach and teach in order to ‘bring people into the Church’ or to increase the membership of the Church. We do not preach and teach just to persuade people to live better lives. We honor and appreciate the many ministers and others who are involved in the kind of ministry that makes bad men good and good men better. That is important, but we offer something more. One can qualify for the terrestrial kingdom instead of the telestial kingdom without the aid of this Church. We are concerned with a higher destination… We preach and teach in order to baptize the children of God so that they can be saved in the celestial kingdom instead of being limited to a lesser kingdom” (Sept. 2009, Liahona).

To lead people to salvation and exaltation in the celestial kingdom, The Church of Jesus Christ of Latter-day Saints uniquely offers three chief blessings to the world.

The remaining saving ordinances are not for entrance into the celestial kingdom but for advancement to the highest degree of that kingdom. “In the celestial kingdom there are three heavens or degrees; and in order to obtain the highest, a man must enter into this order of the priesthood [meaning the new and everlasting covenant of marriage]” (D&C 131:1-2). Because eternal marriage is essential to enter the highest degree of the celestial kingdom, the Lord has also referred to it symbolically as “the gate … that leadeth unto exaltation” (D&C 132:22). The Melchizedek priesthood and endowment are in connection with the blessings of eternal marriage and are necessary so that “all that my Father hath shall be given unto” them (D&C 84:38).

For these saving ordinances to be valid however, they must be performed by proper priesthood authority. Unfortunately, after the death of Christ’s Apostles this authority was lost from the earth, so it has not been passed down to the religious clergy of our day. However, the good news we proclaim to the world is that the priesthood authority to act in the name of Jesus Christ and perform these saving ordinances was restored to the prophet Joseph Smith and is now found in The Church of Jesus Christ of Latter-day Saints.

“We affirm that under the direction of the Father and the Son, heavenly messengers came to instruct Joseph and re-establish the Church of Jesus Christ. The resurrected John the Baptist restored the authority to baptize by immersion for the remission of sins. Three of the original twelve Apostles﻿—Peter, James, and John﻿—restored the apostleship and keys of priesthood authority. Others came as well, including Elijah, who restored the authority to join families together forever in eternal relationships that transcend death” (Restoration Proclamation).

This is one of the unique things that the true Church of Jesus Christ has always offered the world. For the priesthood has “continued in the church of God in all generations” and “administers the gospel” and the “ordinances thereof” so that we can enjoy the fill blessings of Christ’s Atonement, which we never fully could without it (D&C 84:17-22). As a result, “the Church is the Atonement delivery system” (Seminar for New Mission President 2016) because it administers celestial salvation to mankind.

The Fulness of the Gospel through Additional Scripture

As mentioned earlier, the Bible provides many of these gospel truths to the earth. However, not all that God has revealed is contained in the Bible. Through transmission, translation, and interpretation, there have been truths lost from the Bible over time and this loss has caused great confusion in the Christian world (1 Nephi 13:23-29). One evidence of this confusion is found in the thousands of different Christian churches, who all believe in the same Bible, but all interpret it so differently that they have formed their own churches (JS-H 1:12).

Fortunately, the Lord has revealed additional scripture, like the Book of Mormon, which restores these saving truths that have been lost or misunderstood. The Lord Himself has stated that the Book of Mormon contains the “fulness of the gospel of Jesus Christ” (D&C 20:9). As President Ezra Taft Benson has explained, “That does not mean it contains every teaching, every doctrine ever revealed. Rather, it means that in the Book of Mormon we will find the fulness of those doctrines required for our salvation. And they are taught plainly and simply so that even children can learn the ways of salvation and exaltation” (Ensign, Nov. 1986).

The Lord’s true church has always served as the steward of the fulness of the gospel of Jesus Christ, with the responsibility to teach and share these saving truths with all the world (Matt. 28:19-20; D&C 84:62-64). These gospel truths required for our salvation were taught by Christ and his Apostles in New Testament times, and we declare that they have been restored. They are being taught in their fulness today only in and through The Church of Jesus Christ of Latter-day Saints.

Third, The Church offers modern revelation and guidance from Jesus Christ through living prophets. In every dispensation, the Lord has always guided his people on the path to salvation by sending revelation through living prophets. As President John Taylor taught, “We require a living tree—a living fountain—living intelligence, proceeding from the living priesthood in heaven, through the living priesthood on earth. … It always required new revelations, adapted to the peculiar circumstances in which the churches or individuals were placed. Adam’s revelation did not instruct Noah to build his ark. … All [the former Saints] had revelations for themselves … and so must we” (Gospel Kingdom [Salt Lake City: Bookcraft, 1987], 34).

Those who are chosen and authorized by Jesus Christ to receive this revelation from the Lord to his church are called as prophets and apostles. They serve as his spokesman, and as he has explained, “Whether by mine own voice or by the voice of my servants, it is the same” (D&C 1:38). These living prophets are always necessary so that the Lord’s true church can be “built upon the foundation of the apostles and prophets, Jesus Christ himself being the chief corner stone” (Ephesians 2:20).

The Church of Jesus Christ of Latter-day Saints is the “only true church” because it is the only church that offers the true path to salvation in the celestial kingdom of God. It does this through saving ordinances performed by priesthood authority, the fulness of the gospel through additional scripture, and modern revelation through living prophets.

Although it may make some uncomfortable, “the position that The Church of Jesus Christ of Latter-day Saints is the only true church upon the face of the earth is fundamental,” said President Boyd K. Packer. “Perhaps it would be more convenient and palatable and popular if we were to avoid it; nevertheless, we are under a sacred obligation and a sacred trust to hold to it. … It is so fundamental that we cannot yield on this point” (Oct. 1971 Conference Report). “Yield on this doctrine,” he later warned, “and you cannot justify the restoration” (Nov. 1985).

“We did not invent the doctrine of the only true church. It came from the Lord. Whatever perception others have of us, however presumptuous we appear to be, whatever criticism is directed to us, we must teach it to all who will listen. … “If we can stand without shame, without hesitancy, without embarrassment, without reservation to bear witness that the gospel has been restored, that there are prophets and Apostles upon the earth, that the truth is available for all mankind, the Lord’s Spirit will be with us. And that assurance can be affirmed to others” (President Boyd K. Packer, Nov. 1985).

Many thanks for categorically stating the truth! “He shall know the truth and it shall set you free”. The Holy Ghost has already confirmed this to my soul. LDS claims this privilege without boasting!

Well written and documented. I believe that we can make this statement without offense, if done so with the Spirit.