What Do You Have In Your Pack? | Meridian Magazine 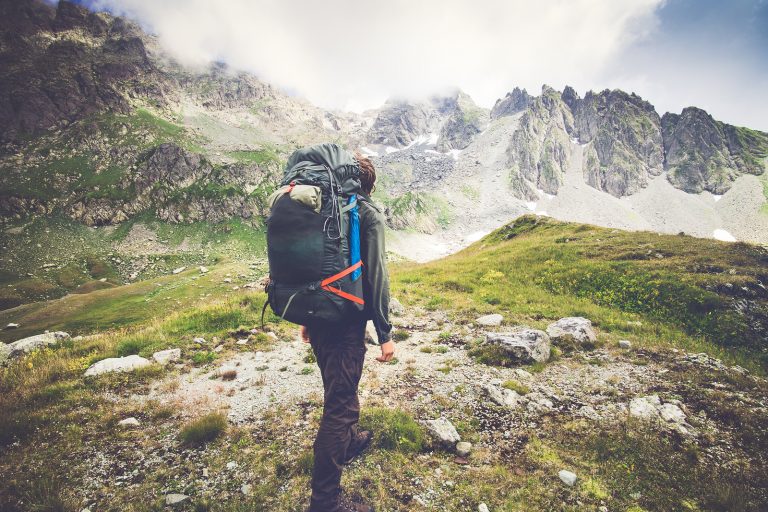 What Do You Have In Your Pack?

The following is the second half of the story published last week entitled, Hiking Packs Unevenly Distributed.

Our scoutmaster had dropped us off, leaving us alone for the five mile hike and campout at Buhla Lake. Butch, the senior patrol leader, had packed the food into our packs and told us not to look so we could be surprised at the marvelous meals he had planned. But we struggled under our loads while he hiked without even breaking a sweat. He ridiculed us for being “wimps”. We couldn’t understand how he did so well since we knew he wasn’t in good shape.

Halfway there, we slung our packs to the ground for a rest. Butch called us all sissies once more, and then headed off into the forest to explore.

Lenny sat down on a stump and drank the last water from his canteen. “I sure hope I’ve got more in my pack somewhere,” he said.

Although Butch had told us not to open our packs, Lenny opened up his own to hunt for water. When he did, he gasped. “What the devil is this?” He pulled out a huge can of chunky beef soup. “This isn’t hiking food!”

He continued digging, finding more similar items. The rest of us were curious, now. I opened my pack and found two gallons of milk and some cans of chili. Everyone had extremely heavy items.

“I wonder what he has in his,” Lenny said. He hefted Butch’s pack and found it weighed less than one-fourth of what ours did. Lenny opened it and found boxes of cold cereal.

“No wonder he’s not tired,” Lenny growled. “He said he would distribute the food evenly! What a bunch of bull!”

“Let’s stuff some of ours in his,” one of the boys suggested. But I pointed out that, with the quick weight change, or if he looked in ours, he would know what we did. We could hear Butch coming back, so we quickly worked out a plan. We found a rock that weighed a pound or less and stuffed it between the cold cereal boxes.

When Butch lifted his pack to his shoulders he didn’t seem to notice the difference.

As per our plan, we stopped often, saying we needed to rest. Each time we did, someone would tell Butch that they needed more water out of their pack. Not wanting them to look in it, he would help them retrieve it. While he was busy doing that, someone would add another rock to his pack.

By the time we reached the last mile, Butch was gasping for air and stumbling. “I am so exhausted.”

“Do you want me to carry your pack?” I asked.

Though our packs were still probably as heavy as his, the rest of us started hiking with great energy. The joy we found in watching his misery, the same misery he had planned for us, seemed to rejuvenate us.

As he started lagging farther and farther behind, everyone reveled in calling to him to hurry, returning to him some of what we had received from him earlier in the hike.

Finally, the last one to the lake, Butch, huffing and puffing, dragged himself to the campsite. “Man, I am really expiring.”

“I think you mean perspiring,” Lenny retorted. “But we would all be willing to help you with the other.”

We could hardly wait until he dug into his pack. When he did, and pulled out the first rock, he let out a scream and started yelling at us.

“You said you would distribute the food evenly!” Lenny retorted. “But you packed our packs heavy and made yours light!”

“I’m the leader!” Butch replied. “I get to decide those things.”

“Well, there is one other thing we all figured a leader should do,” I told him. “He should check out the water to make sure it’s safe.”

And with that, the rest of us picked him up and tossed him into the icy cold lake.

The story is funny, well written and appeals to our sense of justice. But it is a poor example of leadership and illustrates kangaroo justice, neither of which is very inspirational. When I started reading the story, I was expecting an inspirational story with great learning or insights. I was disappointed.

The story reminded me of the classic Vietnam War era short story by Tim O'Brien: The Things They Carried.