What Church leaders taught about faith, revelation and single adults during the leadership session of general conference | Meridian Magazine 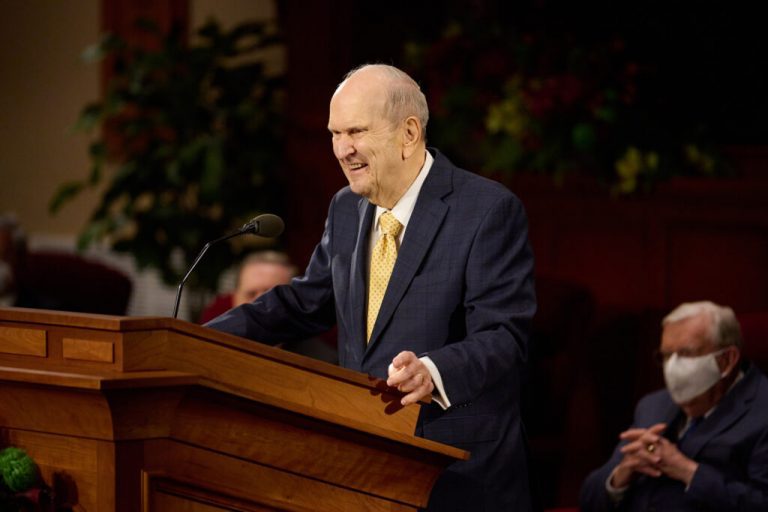 What Church leaders taught about faith, revelation and single adults during the leadership session of general conference

During the last 12 months, the Church leader said he and his wife, Sister Wendy Nelson, “learned that we do not have to get on airplanes for our testimonies to encircle the globe.”

In fact, he said, the words of Church leaders “reached an unprecedented number of people in the year 2020. Our general conferences last year had a greater global reach than ever before.”

Addressing the leadership session of the Church’s 191st Annual General Conference, President Nelson and other leaders provided instruction and direction to those gathered at Church headquarters and via technology in locations across the globe on Thursday, April 1. Some 300 General Authorities, General Officers and Area Seventies heard messages from the First Presidency and the Quorum of the Twelve Apostles.

Because of the COVID-19 pandemic, this is the first time leaders have gathered for a general conference leadership session since April 2019. The session originated from the Church Office Building auditorium on Temple Square in Salt Lake City.

During his remarks, President Nelson said he has learned that the Church’s emphasis on a home-centered, Church-supported curriculum is bearing fruit. He honored those parents who in the past year “have stepped up and have taken steps to shape their homes as their primary sanctuaries of faith.”

“The strength of the Church lies in the solid and ever-growing testimonies of its members. And the home is where those kinds of testimonies are best cultivated,” he said.

President Nelson expressed gratitude for what is happening with temples at a time when their operation is limited. “Names of ancestors are being prepared for the day when temples will again be open for vicarious work to be done,” he said. “And we have not stopped building temples. In the year 2020, we broke ground for 21 new temples, and 41 temple-building projects are currently underway.”