War for the Planet of the Apes: A Mormon Movie Guy Review | Meridian Magazine 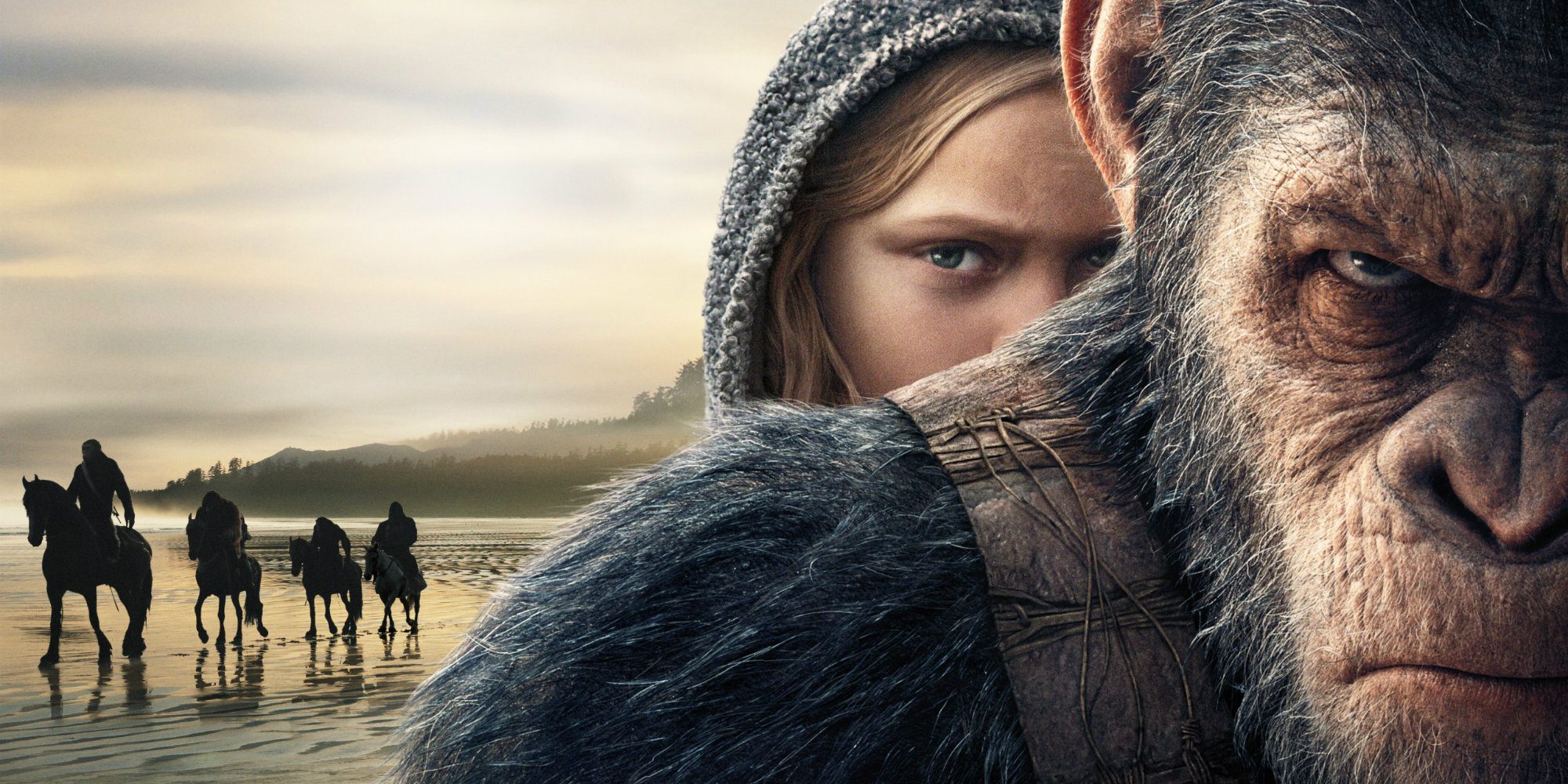 War for the Planet of the Apes: A Mormon Movie Guy Review

Note: I review movies for artistry, content, and Gospel-compatible messages. My letter grades are for entertainment value and are not necessarily a moral endorsement of any given film. I assess content without judgment so families can decide what’s best for them. The scripture discussion guides are for those who wish to use these stories to share eternal principles.

WHAT’S WAR FOR THE PLANET OF THE APES ABOUT?

After a human-engineered virus wipes out millions of people and makes apes super-intelligent, desperate soldiers rage war on peaceful primates who just want to be left alone. (You can pre-order the film and the trilogy box set now).

Making a compelling argument that what story one tells matters less than how one tells it, this modern Planet of the Apes trilogy rose above expectations of sci-fi camp to tell one of the smartest (and most hauntingly beautiful) cinematic tales of the decade. Director Matt Reeves (who also directed the previous film) creates here a bittersweet-yet-uplifting tale of compassion, courage, and humanity against a backdrop of horrible cruelty.

The story is fantastical, but the parallels with current issues such as the treatment of refugees and prisoners-of-war, allowing fear to rob us of decency, and protecting one’s family are evocative. The screenplay develops characters rich with motivation while offering some genuine surprises. Andy Serkis deserves an Oscar for his motion-capture performance, Woody Harrelson makes for a compelling antagonist, and Michael Giacchino’s score is one of the best I’ve heard in years. Prepare to be thrilled, heartbroken, and inspired.

War for the Planet of the Apes is rated PG-13. There is one use of “GD” and 3-4 mild profanities. A man is seen shirtless. There are no f-words, sexuality, or nudity. The rating is largely for violence and brutality relating to warfare, with humans and apes killed by bullets and arrows (with some blood) and harsh prisoner-of-war camp conditions including forced labor, whippings, starvation, and keeping children from their parents. Apes throw excrement at their captors.

Warfare is justified if one is protecting one’s family and freedom (see Alma 43:45). Show mercy to your enemies; use force only when there is no other option (see Alma 44:1-7). The greatest love is to be willing to die for those you love (see John 15:13). We are not to seek revenge; the Lord will deal out justice to offenders, although there are conditions in which retribution may be sought (see D&C 98:23-29). Slavery is condemned by God (see D&C 101:79-80). This film contains parallels to the mission of Jesus Christ, the story of the Exodus, and of Captain Moroni and the king-men, though to point out specifics would be to divulge in spoilers.

If your family is looking for more ape action you can’t go wrong with the original King Kong. Rent or buy here.

For more of my film reviews, as well as my relationship tips as a licensed family therapist, please visit www.yourfamilyexpert.com. For films that meet LDS standards, along with prophetic teachings about media, buy my book 250 Great Movies for Latter-day Families. I’ll be lecturing on “Stepfamilies and Adoptive Families in the Gospel” at BYU’s Education Week; come say hello! Keep in touch by liking me on Facebook and following me on Twitter.