Want to Learn about Business? Study the Parables | Meridian Magazine 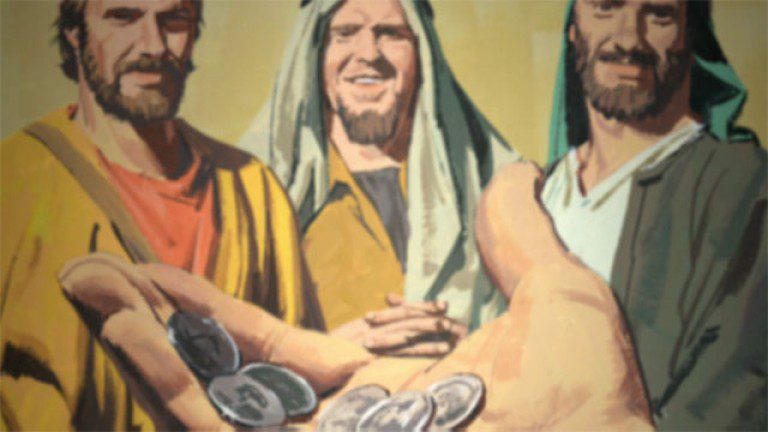 Want to Learn about Business? Study the Parables

There’s an old saying that cobblers see only the shoes on others, dentists focus on teeth, and tailors only look at clothes. As a businessman, I tend to see business principles wherever I look, including when I read parables in the scriptures.

The parable of the talents found in Matthew 25 is no exception. To me, this parable is about an employer and his three employees. It is about delegation, accountability, and keeping good records. It teaches us to accept responsibility and to work, rather than just waiting, watching, or hoping. It is about earning a promotion and being fired if one doesn’t produce.

In other words, to me the parable of the talents is all about business.

Just to review, a man is heading out on a trip. He calls three of his workers together and gives them things to manage until he returns.  He assigns one worker five “talents,” another two, and another one, and then he leaves on his trip.

So, what do the workers do?  According to the King James Version, two of the three

engaged in TRADING—that is, they exchanged what they had to get more. We call this doing business. Like most business transactions, TRADING takes effort and carries some risks.

Because the two workers engage in TRADING, they have an increase, actually doubling their seed capital. We can infer that these two workers kept good records, turned over their inventory often, correctly priced items with a healthy markup, and carefully managed their cash. Two thousand years later, these same business principles must be followed to make a profit in today’s environment.

Doubling one’s money in a new business isn’t easy, considering not only the expenses of conducting business but also the need to pay oneself a livable salary and, often, support a family. But two of the three workers took a chance—they risked what they had to get more, and with a lot of planning, work, sales and persistence, they did it.

The employer was gone a long time. When he got back, the scripture says, he had a “reckoning” with his three workers. Another translation of the parable says he “settled accounts” with them. Today, we would call this a performance review.

And what was their reward?  After their performance reviews, the two profitable workers were promoted. As the scripture states, “you have been faithful over a few things, I will make you ruler over many things.” That’s what often happens when we produce or are successful. In business today, promotions come from production, not just showing up. Results counted then, and they count today.

But what of the third individual who wasn’t willing or perhaps even able to take a risk and try to do more with the limited responsibility he was given? The KJV calls him unprofitable. The English Standard version or translation is even harsher, referring to him as the “worthless servant.” The master fires him.

This seems really harsh, but perhaps the gospel writer is striving to show the cold reality that, even in biblical times, if one wants to get ahead, he or she must produce. In all times, workers need to work for what they receive—in other words, obey the law of the harvest.

Some would wish that some of the fruits of the first two workers would be taken from them and given to the third, like a fair share.  Others would say it wasn’t fair that some were given more than others.

I agree with Brigham Young when he said in 1877, “Supposing that the property of the whole community was divided today equally amongst all, what might we expect?  Why, a year from today we should need another division, for some would waste and squander it away, while others would add to their portion.”

I believe that we as Latter-day Saints are taught that we should do all we can to teach others how to prosper, but each individual needs to take responsibility for his or her own actions to become profitable, and then in actuality there will be “no poor among us.”

As a note: The Academy for Creating Enterprise, a Utah non-profit, has taught 17,000 Latter-day Saints how to prosper in their own lands through practicing the same good business principles that the profitable servants used two thousand years ago.

The Academy can be reached at: www.the-academy.org.