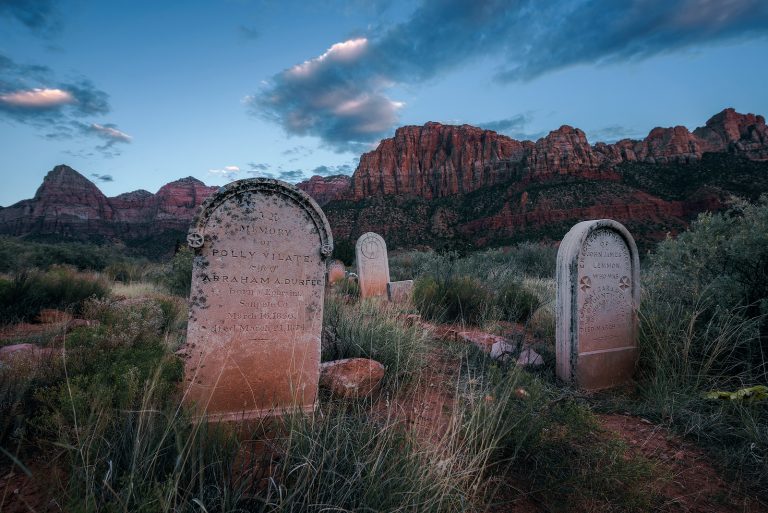 I recently I had a chance to do a reader’s theatre for a group interested in western history. The stories were a lot of fun, taken from the journals of past residents of the valley where we live. But there was one that I thought was particularly good that goes well with this time of year.

The story was written in the journal of a girl I’ll call Laura, who was a teenager at the time. She lived in a small western town, and to earn money to help her family, she hired out as a domestic servant for a wealthy family. After preparing supper for them, she cleaned up and washed the dishes. It was usually quite late when she headed home.

Her walk home took her quite near the town cemetery, but not being a believer in ghosts, that didn’t bother her at all. But one moonlit night, well after dark, she was on her way home when she heard something. She was just passing the cemetery when, suddenly, there was a loud commotion. She could see figures dressed in black moving at full speed across the graveyard. Some of them seemed to be falling over tombstones, only to rise up and move even faster.

It was an eerie scene in the dark and looked like they were almost flying up and down as they ran. Laura felt a little chill, but she reasoned that it couldn’t be ghosts. Surely if ghosts did exist, they wouldn’t make nearly as much noise. She told herself it was just a bunch of kids playing around, and she was not about to let it frighten her.

But then something did frighten her. In fact, it scared her so much, she couldn’t run if she had wanted to. Coming toward her, almost floating, was a figure dressed in what looked like a white nightgown. The figure continued toward Laura, stopping only a few feet from her. Then Laura recognized who it was, and that frightened her even more. The woman’s name was Rachel. She had just passed away a few days before, and her funeral had been that very day. She had been buried that same afternoon.

The woman stood there briefly, staring at Laura in the moonlight as if trying to determine who she was. Then she smiled and spoke.

“Laura, what are you doing out here so late?”

She didn’t sound like a ghost, and Laura found her voice. “I just finished work, and I am on my way home. The big question is, what you are doing out here?”

“I had the strangest thing happen,” Rachel replied. “I was having a strange dream. Then I woke up. Some men were trying to cut my finger and pull my ring off. I sat up and realized I was down in some hole in the ground. I started to say something to the men, but they scampered away so fast that they didn’t even help me out of the hole.”

Rachel began to tremble and almost fell. “I feel kind of faint. Can you help me get home?”

Laura was trembling herself, but she took Rachel by the arm and helped her walk. When they arrived at Rachel’s house, her husband and children were shocked to see her and slightly scared at first. But everyone was soon overjoyed, realizing Rachel was very much alive. Laura went to get the doctor.

The doctor checked Rachel thoroughly and said she must have just been in a coma when she was buried. She had obviously come out of it when the grave robbers cut her finger. He suggested they get her some food. Laura helped the family prepare some soup, which Rachel ate slowly, but with much gratitude.

Over the next few days, when she wasn’t working for the wealthy family, Laura came to help cook and take care of Rachel. Rachel’s husband was so overjoyed to have his wife back that he decided to offer a reward to the grave robbers who had brought her out of her coma. He even posted an ad about it in the paper.

But no one ever claimed it.

What a great story--especially for this time of year. My husband I and love walking through cemeteries. As we read the markers, great stories unfold. I think about their experiences, their heartaches, their family ties. Often parents outlived their children. Sometimes it is obvious from the death dates that an epidemic must have raged through the community. Recently we visited a cemetery where many graves were arranged along a circular path. It was a memorial to many men who had lost their lives in fighting a huge fire in that area. Cemeteries are sacred places to us--where people are honored and remembered.