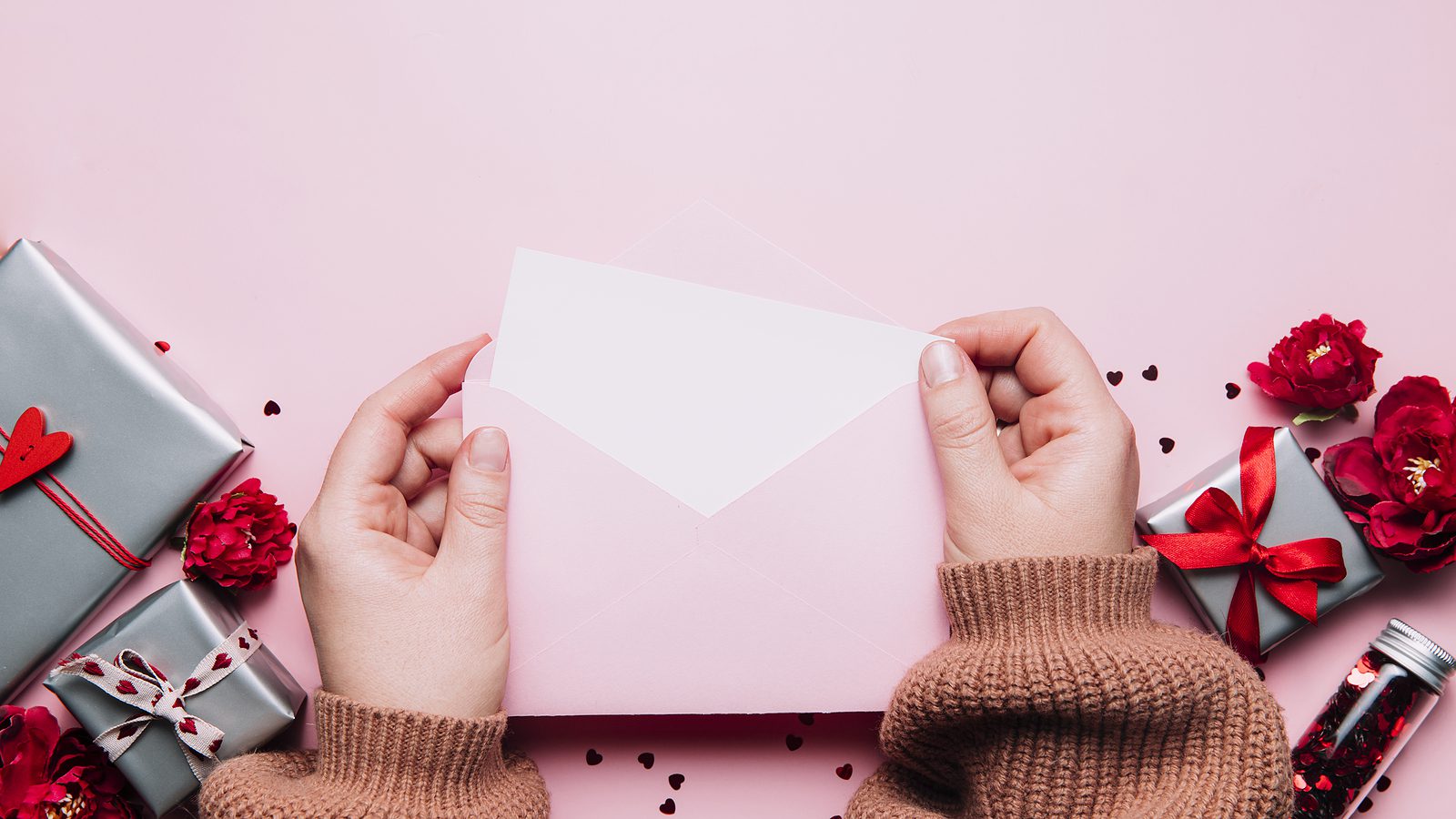 My daughter, Elliana, was in her first year of high school when she got to see a Valentine’s Day tradition there firsthand. Students left notes, hearts, or candy where someone they cared about would find them. This could be on lockers, a classroom desk, a car, or anywhere else they knew the right person would come across it.

Some were precursors to a hopeful date invitation. But many didn’t have the desired effect, especially if the person giving it was too shy to sign their name. Others were not even manifestations of romantic love. Some were simply notes of friendship or pictures to inspire and uplift them on this day.

Elliana had a big group of friends, and many of them gave Valentines to each other. One girl in the group, Sarah, especially liked Tyson, a guy in the group. Sarah worked hard to make the perfect Valentine, then enlisted Elli’s help to post it on Tyson’s locker. Elli and Sarah then hid to see what he would do when he saw it.

To Sarah’s dismay, Tyson approached his locker carrying a card bigger than the one she had made. She was disappointed and wanted to leave, but Elli talked her into at least talking to him. As the two girls approached, he seemed to be staring with concern at the card.

“Is something the matter?” Sarah asked.

Tyson nodded. “Look at this Valentine on my locker. I’m sure it’s from Amy.”

Elli could see the disappointment on Sarah’s face that he hadn’t guessed it was from her. Sarah looked like she would cry, and Elli could tell she was prepared to flee this uncomfortable moment.

Elli jumped in to rescue the situation, if possible. “What makes you think it’s from Amy?” she asked.

He then held up the other card. “But this one really bewilders me. The card is signed by a Natalie Ann Taylor, and I have absolutely no idea who she is.” Suddenly he smiled. “Hey, you two are my best friends as far as girls go. Why don’t you help me find out who she is?”

Sarah’s countenance brightened at his words, and the two girls agreed to join in the sleuthing to learn more about the mysterious girl. They spent much of the morning asking all their friends and fellow students. When the three met as agreed upon at lunch, none of them had anything to share. No one seemed to know anyone by that name.

As they tried to figure out how she could be unknown to everyone they had talked to, Sarah had an idea. “If no one knows her, that would mean she is new here.”

“Then how do we find her?” Tyson asked.

They all thought for a time, and then Elli said, “I’ve got an idea. The secretaries would know her, especially if she is new.”

They agreed that if she was new, they could ask the secretaries about her, and it wouldn’t look stalkerish. So as soon as they finished lunch, they went to the office. But to their dismay, the secretaries had not heard of her, nor was she listed in the computer.

Through the afternoon, they continued to ask their teachers and other students. Still, the mystery remained unsolved by the time they met after school.

“This is beginning to freak me out,” Tyson said. “I have some ghost girl who gave me a card.”

He sighed. “Well, I better go before Taylor and Natalie leave me.”

“I said I better get to the car before my sisters leave me, and I have to walk.”

Suddenly, Tyson and Sarah realized what Elli was saying. They rushed to Tyson’s locker, pulled out the card, and read it. It said, “Have a great day, Natalie and Taylor.”

“Well, in my defense,” Tyson said, “the d doesn’t have much of a stem and looks like an n.”

When I arrived to pick Elli up from school, I saw Tyson and Sarah leaving. “Did your friends need a ride?” I asked.

Elli shook her head and smiled. “No. A mysterious girl made it so they could walk home together.”

This is funny, adorable and oh-so-believable. Thank you!