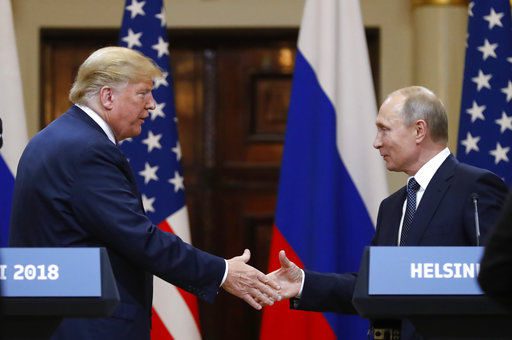 The following is excerpted from the Daily Herald. To read the full article, click here.

Despite long-standing tensions between the United States and Russia, LDS Church President Russell M. Nelson closed the last of the five sessions of the church’s semi-annual general conference in April by announcing plans to construct seven new temples around the world.

After announcing builds in Argentina, India, Nicaragua, the Philippines, Utah and Virginia, Nelson took a breath and concluded with, “And, a major city, yet to be determined, in Russia.”

While it’s common for the LDS Church president to announce plans for new temples, the church has never before announced a temple in Russia.

Members sitting in the 21,000-seat Conference Center in Salt Lake City, could be heard gasping. A rumble of voices rippled as Nelson, whom church members also revere as their prophet, paused for them to quiet.

Needless to say, the announcement came as a surprise to church members watching around the world.

One member tweeted, “I never thought I’d see a temple in India or Russia.”

And another: “NEW LDS temple to be built in RUSSIA!! I believe in MIRACLES!”

Brett Jaynes, 24, who returned home from his mission in Samara, Russia, in February 2015, was also “a little shocked” to hear Nelson’s announcement.

“I knew there would be a temple at some point in Russia, but I especially didn’t think right now, with the circumstances,” the Provo resident said.

Jaynes said he was met with mixed reactions while he was a missionary in Russia. He said that not only were Russians, especially those of the older generation, not very open to learning about new religions, but many people were angry at him for just being American.

He experienced a fair share of violence while serving his mission. Once, when he and his missionary companion went to watch the Olympic torch pass through one of the cities he lived in, they approached a man to talk to him about their message. He refused politely, but then came back a few minutes later angry and punched Jaynes in the throat. Jaynes believes it was because the man recognized that Jaynes was American and was mad.

Jaynes coughed up blood and was speechless for three weeks. Another time, his jaw was broken after taking a blow. He had to have jaw surgery when he got home.

Jaynes said he didn’t know what was more offensive to Russians — that he was American or that he was a missionary.