Turning My Heart to My Fathers | Meridian Magazine 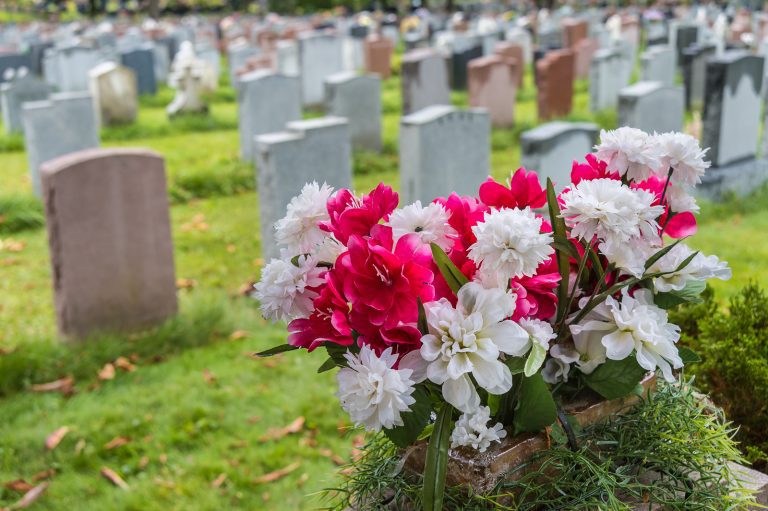 Turning My Heart to My Fathers

In honor of Memorial Day, the following is a past article from D. Kelly Ogden about the legacy of our ancestors and the way we choose to remember them.

The year 2010 was one of the best years in my life. At Christmas time 2009 my wife and I were called into the office of President Dieter F. Uchtdorf, and there the president, having been authorized by the prophet, President Thomas S. Monson, conferred on me the sealing power-one of the greatest privileges and blessings of my life. So during the first week of 2010 I began using that sacred power to seal husbands and wives to each other and children to their parents for this life and for all eternity.

Then, in the middle of 2010, my heart turned to my fathers (and mothers) in a dramatic way. Almost “accidentally” I began attending the family history class in our ward’s meetinghouse. Since I always like to see the big picture, I purchased a couple of copies of the giant, fifteen-generation pedigree chart, and got into familysearch.org. It is amazing how much is there! I just kept on going back, column after column on the charts, generation after generation of my ancestors, and my wife’s. Well, Elijah called; and as we say, he got a hold of me!

As I continued to lay out the basic details of our ancestors, I noticed some patterns developing. Many of them were buried in cemeteries in Utah. A strong desire came over me to visit and photograph their gravestones, so at the end of August and the first of September, I visited eight cemeteries in four counties in two weekends. When I entered the first cemeteries on that first, crisp summer morning-in Richmond and Smithfield, Cache County, Utah-I admit that I felt a surge of emotion: excitement and joy (it was pure joy) that I could do this little thing to find their final resting place and remember them. I felt to honor them.

It occurred to me near the end of my visits that I had stood, all together, among possibly 200,000 grave markers-monuments in stone to remember that number of people’s brief life on this planet far from our heavenly Home.

I was thinking about all the impressive monuments I have seen in the Mediterranean world, erected by Pharaohs, Caesars, kings, and other temporary rulers who wanted to immortalize themselves in some way.

English poet Percy Bysshe Shelley wrote a famous poem entitled “Ozymandias,” which is the Egyptian name for Ramses II, one of the world’s outstanding egotists who left strewn along the Nile the greatest portion of all the monumental structures still visible in Egypt. Shelley wrote:

I met a traveller from an antique land
Who said: Two vast and trunkless legs of stone
Stand in the desert. Near them on the sand,
Half sunk, a shatter’d visage lies . . .
And on the pedestal these words appear:
“My name is Ozymandias, king of kings:
Look on my works, ye Mighty, and despair!”
Nothing beside remains. Round the decay
Of that colossal wreck, boundless and bare,
The lone and level sands stretch far away.

Reflecting on the legacy of our ancestors I note that from the earliest of them there is nothing left but their grave, with their names carved in stone, as if to say,

So from August to October of 2010 I paid a little bit of attention to at least seventy of these ancestors, and then I continued my researches by collecting photos, family histories, and other documents that can show us descendants more about why we owe them an immense debt of gratitude.

I spent many hours in the Pioneer Museum and Church History Library in Salt Lake City, in BYU’s Special Collections and in the Religion and Family History section of BYU’s Harold B. Lee Library, plus using online resources such as the Mormon Trail Pioneer Database, “Pioneer Company Search,” etc. I am finding photographs of my ancestors, theses and books written about them, family histories, personal journals, biographies, copies of letters, birth and death certificates, and other documents that help me become acquainted with those who laid the foundation for my wonderful life.

President Boyd K. Packer wrote: “The spirit of Elijah spoken of by the Prophet. . . is something very real. When a member of the Church comes under its influence, it is a powerful, compelling force which motivates him with a desire to be attending to genealogical and temple work. It leaves him anxious over the well-being of his forebears. When that spirit comes, somehow we desire to know more about those forebears-we desire to know them” (The Holy Temple, 210).

“Gathered to their fathers”

There are two curious phrases used in the Old Testament: when a man passed away he was “gathered to his people” or “gathered to his fathers.” Those phrases were, in a sense, euphemisms for “died”-a nicer, softer way to express the stark reality of death. Here are five examples:

“Then Abraham gave up the ghost, and died in a good old age, an old man, and full of years; and was gathered to his people” (Genesis 25:8).

“And [Jacob] charged them, and said unto them, I am to be gathered unto my people: bury me with my father in the cave [of Machpelah]” (Genesis 49:29).

(The Lord said to good king Josiah:) “Behold, I will gather thee to thy fathers, and thou shalt be gathered to thy grave in peace” (2 Chronicles 34:28).

The notion of being gathered to his people or his fathers is a clear hint that all of us will, upon leaving this mortal world, come face to face with “our people,” our ancestors. The phrase “gathered to our fathers” is also a subtle hint that we should do something about that relationship while still here in mortality. The scriptures poignantly present to us the divine injunction to be about our Father’s business, and about our ancestors’ business-to know their names, and to know something of their lives. As we come to know them, we come to love them and appreciate them. Time spent getting acquainted with them is one way we honor them.

Borrowing some words from Isaiah, addressed to those who have “joined themselves to the Lord” and “taken hold of His covenant”:

“Even unto them will I give in mine house and within my walls a place and a name better than of sons and of daughters: I will give them an everlasting name, that shall not be cut off.

“Even them will I bring to my holy mountain, and make them joyful in my house of prayer: their . . . sacrifices shall be accepted upon mine altar” (Isaiah 56:5, 7, emphasis added).

I noticed that the Prophet Joseph Smith expressed the same idea as Isaiah-using similar words-in the dedicatory prayer of the Kirtland Temple:

“We ask thee, Holy Father, to establish the people that shall worship, and honorably hold a name and standing in this thy house, to all generations and for eternity” (D&C 109:24, emphasis added).

I want to be among those who remember the people who have laid the groundwork for my mortal life.

Since I had not read this article originally, I found it very touching. I love to do family history, and if I had read it in 2015, I would not have known that I had pioneer ancestors. I joined the church in 1976, and after I read this, it suddenly occurred to me that I had learned about them exactly 40 years after I joined. Since my life seems to emphasize 17 year cycles, I felt that it was quite profound that, for 40 years, I was wandering in a wilderness of incomplete knowledge of my personal identikit. I was very astonished when I received the information from Family Search, and it has been a wonderful experience to know this, after doing 10 intensive years of research on my grandmother's line, and extended lines.

Your article spoke to my heart. I hope all those headstone photos were logged with FindAGrave.com. It is incredible in helping bring family genealogies together. My mother had this desire to know her family, from early childhood. She gathered stories from her grandmother, that were stories from their grandmothers. We have precious and funny stories back to the Civil War and the struggle the southern women had before and after the Civil War. As a young child, I was taken on headstone hunting trips. This was long before computer genealogy research. Our ancestors were always buried on top of a brier covered West Virginia mountain. And, the graves were long forgotten and covered with bushes. So, it was truly a hunting expedition. I have had experiences that are too long or too sacred to share here. I wish I could because they are dramatic, both while in the temple and while doing research. It makes those names and dates on paper come to life. You really feel it in your heart. You come to love these people just as you loved the grandmother you knew. There is soooo much help out there now. Join a genealogy community like WikiTREE. Join facebook genealogy groups for your research region or surname. There is Free access to genealogy websites at public libraries. LDS have free access to partner sites. Then there is the LDS family history library near you. That is a far cry from tromping up and down steep mountains through thick ground cover to find long lost headstones. As a child, I could not understand why my mother’s obsession with collecting names and dates, had any real meaning. If it was so important for the eternities, we should have been born with our pedigree stamped on our foot. Now I understand that to do your genealogy is to learn to love your family members. You FEEL it. Get going! You are missing something very special in your life.