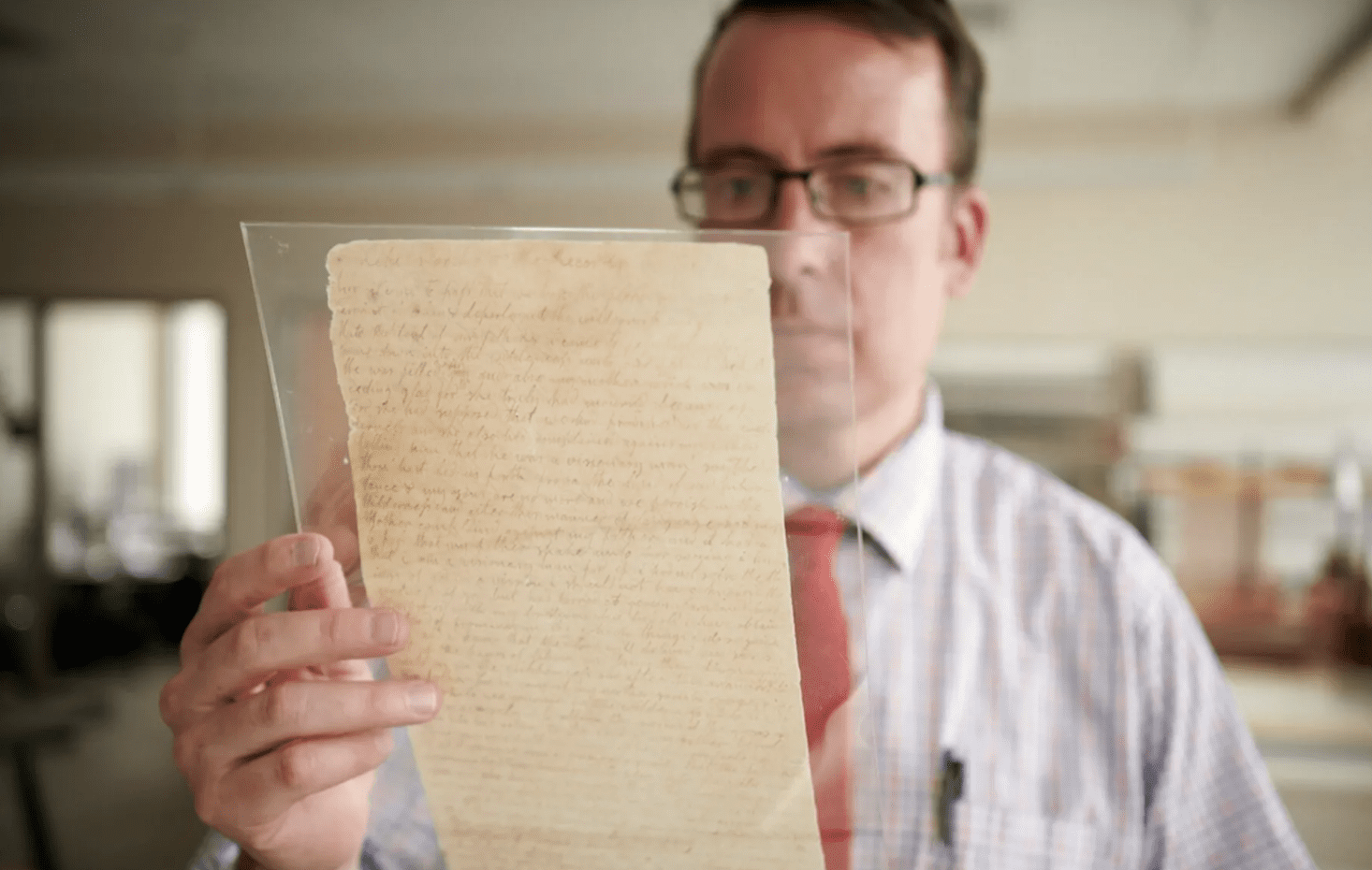 Joseph Smith reported seeing the golden plates in a stone box for the first time in 1823.

Eighteen years later in October 1841, after translating the language on the plates and publishing the Book of Mormon, Smith sealed the original Book of Mormon manuscript in another stone box — the cornerstone of the Nauvoo House in Illinois.

To be fair, he was trying to preserve the manuscript, said Robin Jensen, a volume co-editor and historian with the Joseph Smith Papers.

“Now if I had a time machine, I would go back and say, ‘Let’s not do this,’” Jensen said with a smile.

When Lewis Bidamon, Emma Smith’s second husband, found the original manuscript four decades later, it had sustained extensive water damage. Of the manuscript’s approximate 500 pages, only portions of 232 remained, roughly 28% of the original text. In the years that followed, some pages and fragments were given to Nauvoo visitors as souvenirs.

Now more than 140 years later, the Joseph Smith Papers team has pieced back together what remains of the original Book of Mormon manuscript and published a 755-page book titled, “Revelations and Translations, Vol. 5: Original Manuscript of the Book of Mormon,” which features the first complete photographic record of one of the most significant documents in the history of The Church of Jesus Christ of Latter-day Saints.

“This is a tremendous achievement,” Jensen said. “This volume is a landmark in the scholarship of the Book of Mormon.”