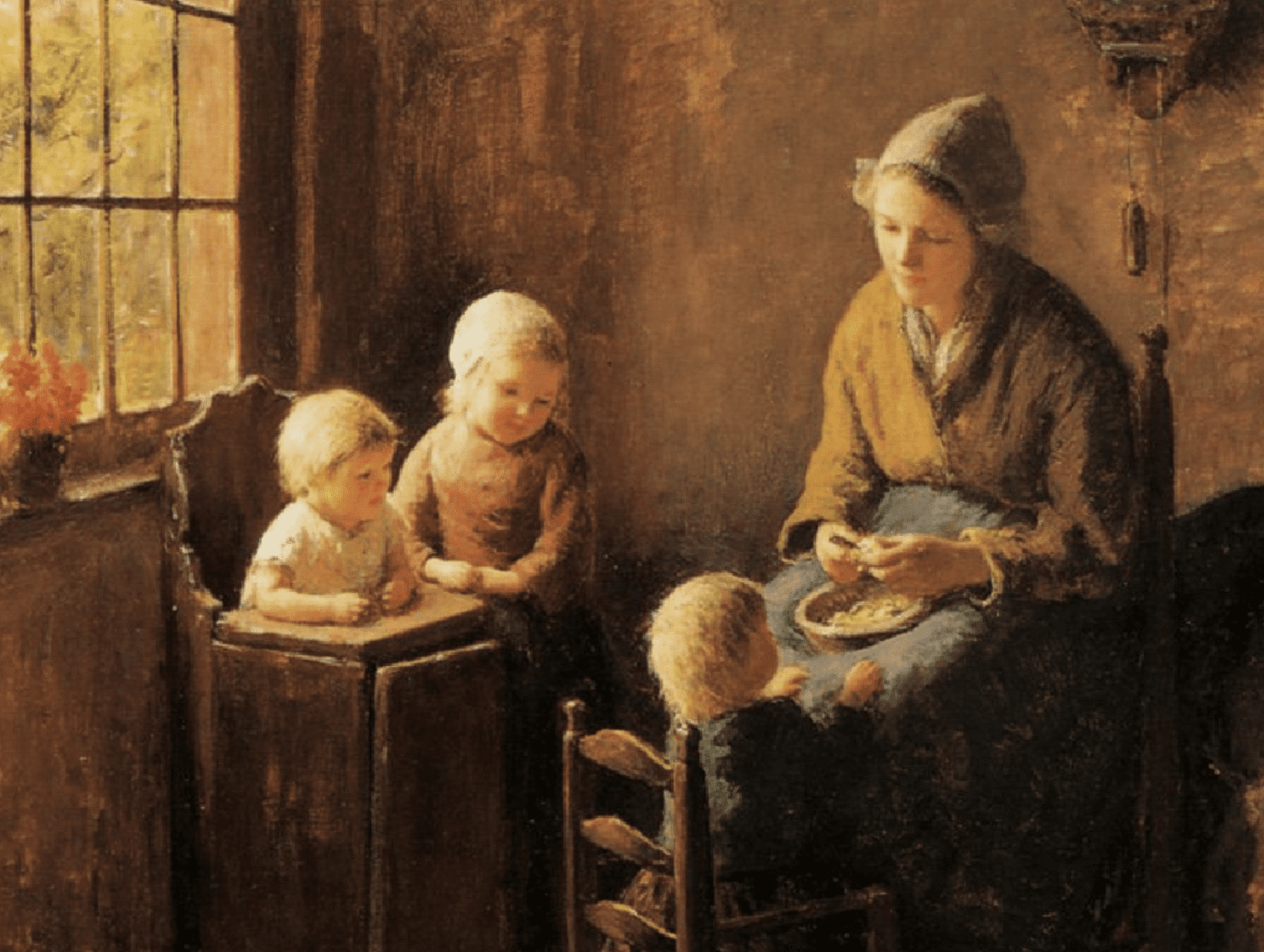 In social media and other discussions, it’s very common for people who care about LGBTQ+ issues, thinking they are being helpful, to invoke the ninth Article of Faith. They cite it to suggest that the Church’s teachings on marriage and sexuality are too limiting at best, or even cruelly wrong. They imply or confidently assert that leaders of the Church of Jesus Christ will soon receive revelation to approve of same-sex dating and marriage. After all, “we believe that God will yet reveal many great and important things pertaining to the kingdom of God.”

Though they may sincerely desire to help, this message is actually harmful to those it’s meant to comfort. It sets up LGBTQ+ church members for greater pain and disappointment by encouraging them to invest false hope in a future that will never happen. Church leaders have repeatedly and unambiguously stated that the doctrine of marriage will not change.

In both the handbook and the “Life Help” section of the Gospel Library, it reads: “Central to God’s plan, the doctrine of marriage between a man and a woman is an integral teaching of The Church of Jesus Christ of Latter-day Saints and will not change” [emphasis added]. Church leaders are certainly aware that God can give them new revelation. That they’re saying so firmly that this will not happen is highly significant. All of us who care about LGBTQ+ individuals should take their words seriously.

Certainly, God is all-powerful and can do as He likes, especially with His church. We don’t want to place limits on the Almighty. Rather, we’re taking seriously the fact that Church leaders have spoken so definitively as to say “will not change” (instead of “we don’t anticipate it will change” or “it is not likely to change” or “let’s just work with the knowledge we have now instead of speculating what could change”). The most logical conclusion to draw from this is that the Lord has revealed to Church leaders that the doctrine of marriage and chastity will not change.

Some suggest that the Church’s current leaders are blinded by prejudice or other forms of institutional inertia, but that future leaders will “get it right.” After all, they argue, past church leaders were wrong about priesthood and temple restrictions for those of African descent, and God corrected that mistake with the 1978 revelation.

There are important differences between these two situations which make the analogy sorely flawed. It was universally acknowledged that the pre-1978 priesthood and temple restrictions were not permanent—and that eventually, it would change (though opinions differed as to when). This is why at the beginning of Official Declaration 2,  President Kimball said the “long-promised day” had come. Brigham Young, the prophet who initially imposed the restriction, prophesied that it would end. Subsequent prophets did as well. Furthermore, Joseph Smith personally ordained black men to the priesthood.

In contrast, there are no analogous statements from any church leader suggesting that our doctrine of marriage—an “order of priesthood” (see D&C 131:2) that requires the complementary union of a man and a woman to become all that our heavenly parents are—could be changed to accommodate same-sex marriage sealings. No church leader has ever performed such a sealing or even hinted that such was a theological possibility.

If we are serious in our efforts to love our LGBTQ+ brothers and sisters better, then it’s imperative to acknowledge that it’s simply not loving to provide false hope that sets them up for feelings of discouragement and even betrayal when the church reaffirms what it’s always said, and to teach what it’s always taught.

The fruitful complementarity of marriage between a man and a woman is essential to Latter-day Saint theology. The revelations of the Restoration place man-woman marriage and child-bearing at the pinnacle of eternal life. It’s practically impossible to over-emphasize the primacy of man-woman marriage in Latter-day Saint doctrine. The work and glory of God is to lovingly parent more and more children in an eternally growing family united around righteousness. Godhood is righteous marriage and parenthood. The righteous union of a man and a woman promises the continuation of the seeds, eternal lives, forever.

Sex and the generation of new life isn’t just a mortal, animal condition. Our families here are preparatory for the higher, eternal reality. We don’t (and perhaps can’t) know much about what it will be like to continue our families eternally, generating new life as resurrected beings and shepherding our children to Godhood in one eternal round. But we do know that faithful marriage here and now, as part of the New and Everlasting Covenant which lovingly welcomes children and raises them in light and truth, is essential preparation for that eternal future.

Given the centrality of this teaching, it’s hard to see how one could even qualify for additional revelation while not taking seriously the revelation we already have.

In short, the Lord has placed us in families in order to prepare all of us for exaltation, very much including His LGBTQ+ children. It’s difficult for some to see right now, but our doctrine assures us that He will provide a way for everyone to be happy and fulfilled in man-woman eternal marriages.

We must be honest with ourselves and each other about the sacred heart of our doctrine of marriage and its generative power both mortally and eternally. Same-sex couples, no matter how much they love each other, do not generate new life, do not follow the pattern of our Heavenly Parents, and will not be married in eternity. As Elder D. Todd Christofferson, quoting German theologian Dietrich Bonhoeffer, said, “Just as it is the crown, and not merely the will to rule, that makes the king, so it is marriage, and not merely your love for each other, that joins you together in the sight of God and man.”

Continuing revelation expands upon, but does not contradict, prior revelation. Christ’s crucifixion and resurrection did not replace the Law of Moses but fulfilled it. Accepting same-sex marriage as eternally equivalent to man-woman marriage would strip marriage of its generative purpose. It would completely change the nature of Godhood from an eternal growing family to an eternal barren couple. Such a revelation would not fulfill but contradict.

Valerie Hudson shared some interesting insights into what would be lost if same-sex marriage were, in some clunky way, grafted onto our theology. Some argue that eternal families do not involve a celestial analog of pregnancy and childbirth, or that if they do, a heavenly version of artificial wombs and fertility technology could bypass the need for women to bear children. This denigrates women. It drastically diminishes women’s role if they are not necessary to exalting and saving God’s children. Citing one commentator who argues, “there is nothing preventing Latter-day Saints from moving past these assumptions” about the male-female marriage sealing in Latter-day Saint theology, Hudson responds:

But there is something—or, rather, someone: our Heavenly Mother, who will not countenance Her own erasure by one of Her sons. No, the female is not dispensable… It matters that there is a Female God/Mother in Heaven. It matters that there are females/mothers here on Earth. We women are no mere by-passable instruments in the Plan; we are the heart of the Plan.

We should take every opportunity to love and help LGBTQ+ members in distress, but those attempts should not come at the expense of women’s sacred role in our theology or dismiss the blessings of motherhood. What mothers are doing now to bear and raise children, or to cultivate the aptitude for it whenever the opportunity comes, is not just a trivial mortal pastime. Motherhood isn’t just a means to experience the sacrifice and humility that we all need, either. It is a preparatory apprenticeship for Godhood that will be added upon forever, and will ensure women remain distinctly and gloriously female forever.

The centrality of marriage to Godhood is a stunning revelation that powerfully distinguishes us from the rest of Christianity. It’s exactly the sort of revelation the ninth Article of Faith brings to mind, and inspires gratitude for all God has revealed.

Perhaps the greatest disservice that comes from activists who press for additional revelation is they distract and prevent others from finding comfort in the saving truths that we already have. We may not know all the details about gender, families, exceptional cases, and their roles in the eternities, but we know enough. We know that the Lord has restored His saving ordinances to the Church. We know that Christ died for all our sins and that He bore the afflictions of all, including those who do not currently experience attractions to the opposite sex, or who feel distress with their biological sex. These truths can comfort the suffering and lift the downtrodden if we testify of them and point people toward them without reservation or invented exceptions. It is harmful to spread false promises of future revelation that alienate suffering seekers from the scriptures and the Lord’s chosen leaders.

We believe all that God has revealed, and that includes the unchanging law of chastity and the eternally crucial beauty of marriage between a man and a woman. God may yet reveal refinements to our understanding, but nothing will overrule those truths. May we celebrate and relish them, while remembering: we cannot expect to receive additional revelation if we disregard what we already have.

Thank you for this kind, but direct, response to an issue that keeps coming up despite counsel from inspired leaders that the doctrine of eternal marriage between a man and a woman will never change. As mentioned in the article, I was always taught that the Priesthood would eventually be available to every worthy male. I rejoiced when on my mission, we received word that this blessed day had arrived. In contrast, I have never been taught that marriage would ever divert from the divine union of a man and a woman in the House of the Lord by the appropriate authority. True happiness lies in embracing the truth.

Considering the Church stand on marriage, the Family Proclamation, and our understanding of our Father's plan--has anyone entertained the possibility that same gender attraction is only a mortal phenomenon?