To Spark A Memory: A Forgotten Heritage Restored « Meridian Magazine 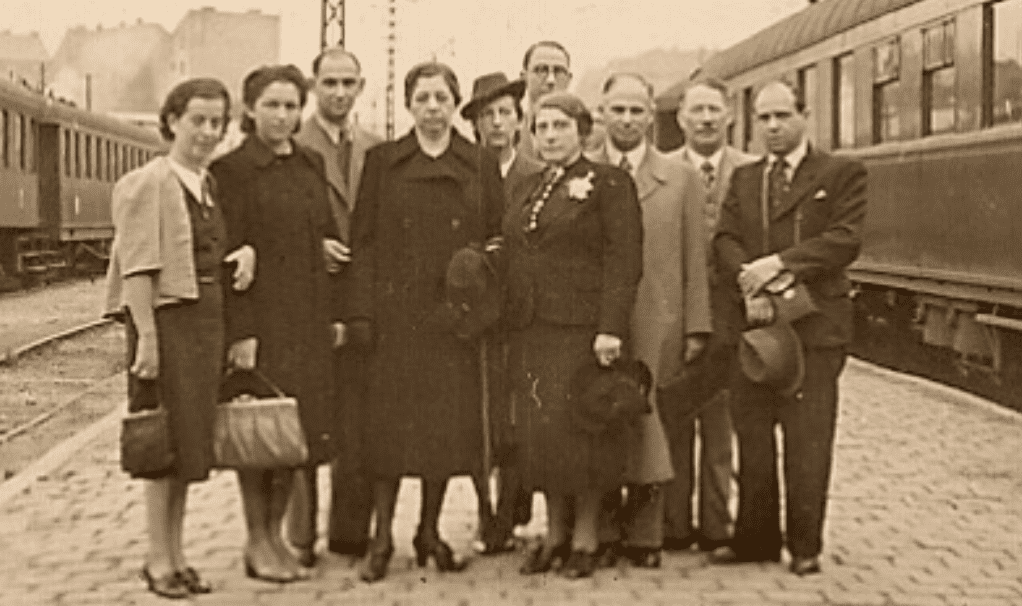 To Spark A Memory: A Forgotten Heritage Restored

“Csók Puszi!” Ervin would affectionately call out to me as I left his house. This Hungarian phrase, meaning “kisses, kisses,” will always stir my heart. Although this old, gentle soul only brushed by my life briefly, I will always remember him. Significant people who touch our lives impact us. Whether they walk with us for a moment or stride beside us for a lifetime, they become part of our story. Sometimes, we have the great privilege of helping them to reclaim theirs. Such was the case with Ervin whom I met in his 97th year.

It began with a phone call.My sister-in-law found the perfect job for me in the neighborhood newsletter. It was a part-time job around the corner, and up my alley, caregiving. I landed an interview.

A slender, elderly woman with silver hair and large square glasses answered the door. This was Margit, Ervin’s companion. The two of them, both previously widowed, had been together for the last dozen years. Margit, who was a small-framed, energetic, active 86-year-old, explained Ervin had suffered a heart attack the previous year and could not be left alone. She needed me to be with him while she ran errands or volunteered at the Holocaust Memorial Museum downtown (Washington, D.C.) as a docent. (Believe me, Margit is a whole other amazing story!)

Margit led me into the kitchen. Ervin, who was seated at the table, looked up and said hello in a soft, foreign accent. His large glasses revealed kind eyes. The simple frames of his glasses disappeared behind his distinctive ears and white tufts of hair. Ervin came across as an alert, intelligent, warm soul, not a fragile 97-year-old.

Just two years before, Ervin and Margit had traveled to Europe to visit relatives and friends in their homelands. Although his health was now diminished, Ervin was still quite capable; he emailed, taught me how to use Skype, communicated with friends in Europe, and was still fairly mobile. I would help him exercise, with meals, and any other needs that may arise during the day.

Ervin enjoyed the crisp, fall air; so, arm and arm we would take short walks or eat lunch outside. During these events, as is customary with me (literally lodged in my DNA), I asked him questions about his life. It didn’t take long for us to become good friends.

In his delicate, Hungarian accent, Ervin related what he remembered. General events, such as World War I would elicit a story. Yet, dates and years, such as his wife’s birthday, escaped his memory. To help him recall specifics; I asked him if he had any documents. Yes! He quickly gathered these important items which helped us piece together the details. Not long after, my computer and printer/scanner became a staple on the kitchen table.

Margit arrived home early one day finding Ervin and me sitting in the kitchen with papers sprawled across the table and my printer perched in its place. She asked what we were up to; so, I explained what we were doing. She was astonished at the information we had assembled.

“Over the past ten years I have asked Ervin many times to record his story and donate it to the Holocaust Museum,” Margit explained.  “He gives me the same answer; he cannot remember.”

I told her she hadn’t asked him the magic question.

“What is the magic question?” she asked.

“Do you have any documents?” I replied.

Do You Have Any Pictures?

This led to asking if Ervin had any pictures. Margit escorted me to a closet packed with photo albums. I chose one that felt right. As it turned out, the pictures taken were between 1930-1942. These were significant years for the Jewish people living in Europe.

Simple snap shots and beautiful sepia photos of people and places filled the album. These photos and the documents we examined, were vital to spark Ervin’s memory. When he could not recall a name or place, I would carefully detach the picture. Most of the time we would find an inscription on the back stating the who, the when, and/or the where. The information always kindled a view of the event for Ervin. He could rattle off details just moments before he could not recall; his father’s new car, the family picnic, the birth of his nephew, vacations, beautiful scenic spots, and schoolmates. In particular, was a picture taken in 1939 in Sopron, Hungary of Ervin and Magda, his new bride. Gathered together in front of a train with them were his two brothers, an aunt & uncle, and a few other family members and friends.

Ervin and Margit’s recent travels had taken them back to Ervin’s home city of Sopron, Hungary. He had left there in 1939 bound for South America. Ervin explained why. While milling about the city of Sopron one day, he stumbled upon his father and stepmother who lived in Vienna, Austria. Surprised to see them, and shocked at how bedraggled they looked pulling a chest behind them, he asked them what had happened. It was just a few years ago his father had bought a new car.

Nazi’s had arrested his father, Jeno. Through his brother-in-law’s persuasion, who was a ranking officer in the German Army, Jeno was released; yet, the Germans took all his possessions and made him and his wife leave. What few belongings they had left were in the trunk they dragged behind them. Ervin and his family were Jewish. His stepmother, Karolina, was Catholic.

Ervin told me that was the day he decided to marry his fiancé, Magda, and leave Europe. They would go to Columbia where Magda’s sister lived. Ervin tried to convince his family to leave with them to no avail. Once he arrived in Columbia, Ervin tried to secure passage for them, but the borders were closed.

It dawned on me that this photo at the train station was most likely the last picture taken with his family; so, I asked him. I could see the light of realization grow in Ervin’s eyes. “Yes,” he said. He had previously explained to me his brothers had both perished in the Holocaust.

“Look at His Ears!” I Exclaimed

Ervin gave me a glimpse into his life. He passed away only 2 months later. The last words Ervin said to me were, “Millió Csók Puszi”, millions of kisses! We both knew it would be the last time we would see each other.

Margit surprised me when she asked me to speak at Ervin’s life celebration. I asked her why since we had only just met.

“You knew him better than most people,” she explained. “Ervin didn’t like to speak English to people. You were the exception. He liked talking to you.”

At the celebration, I displayed many of the photos I had scanned on a poster that did not have a place for captions. One woman, who was upset about the lack of captions, wanted to know more about the pictures. After this incident, I decided to stay close by to answer questions. Soon thereafter, Ervin’s grandson came up and stood beside me.

“Who are the people in these pictures?” he asked.

I pointed to a picture and told him it was his grandfather. He was doubtful I was correct.

“Look at the ears!” I exclaimed. Ervin’s grandson could then see it was him. I explained his grandfather had identified the photos, and the information on the back of them confirmed it.

Ervin’s grandson was also surprised to learn he was half Jewish. He questioned it. How could he not know? In Columbia, where his mother was born and raised, most people were Catholic and there were few synagogues to be found. To me, it did not seem odd that Ervin’s daughter married a Catholic. But it seemed to be a revelation to her son.

The Sound of His Voice

The one thing that brought family members to tears was the sound of Ervin’s voice. Even though he had been with them just a few months before, when they heard that distinctive, gentle accent, it melted their hearts.

The information collected – the scanned documents and photos with a detailed list of who was in them, the posters, an audio recording of Ervin, the video of still photos with captions, and a genealogy exchange data file (GEDCOM file) – was electronically and physically given to the family.

Gratitude fills my heart when I think of the precious time I spent with Ervin. I am glad I asked Ervin about his life. Learning about him and the family he lost in the Holocaust was a privilege. Sometimes I wonder if his family has kept track of the information I gave them. I hope so. Just in case, I still have a copy.

Author’s Note: Ervin’s daughter was located and contacted. Since she was not certain the family had all the information, it was again sent to them!

Tanya, What a helpful example of your creative empathy to recognize and fill a need of this man at the end of his life. You shared your unique abilities to help him define and appreciate himself and his history. Thanks for your generous nature and sharing this story and useful information.

I am reminded of a quote: "We turn memories into stories, and if we don't, we lose them. If the stories are gone, the people are gone too." Your efforts obviously kept someone "alive".