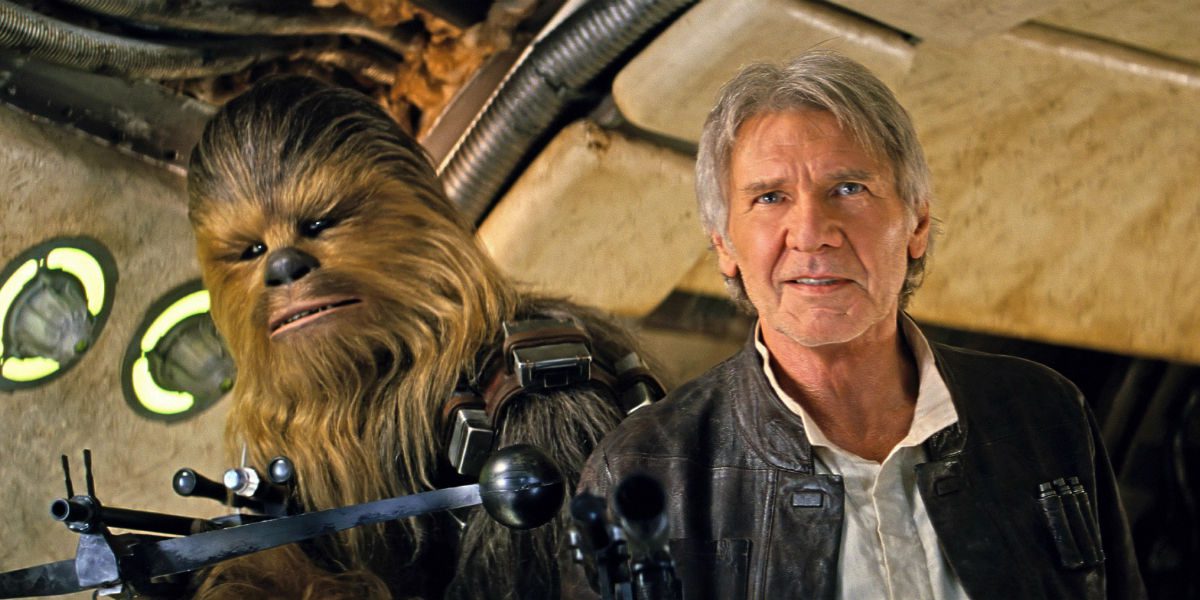 Star Wars, the Force Awakens has blasted all records for dollars earned the first weekend, so apparently everybody loves this primal battle of good and evil.

But Latter-day Saints especially resonate with the film—and perhaps that is because we know that we were all actually a part of something that happened “a long time ago in a galaxy far away”—and it was in fact the original battle of them all with forces of light lined up against the armies of darkness. Something familiar may vibrate from this story for us—who are actually still involved in the same battle with a new location—right here on earth.

Forgetting the Force that Already Dwells in You

Rey, the pivotal character, scratches out a meager existence gathering scrap metal to trade for rations on a junkyard planet. She has been abandoned to this existence by her core family for reasons she doesn’t completely understand.

Distracted by the need for subsistence and the urgencies of life in a junkyard, she can’t reach the Force or find it, until she is called upon for a mission of world-changing and galaxy-shaping importance. Then the Force is awakened in her to help save others.

Ah, but inside, are there mysteries and wonders and knowledge and powers that we can only dream about? Through our connection to God, if fully realized, isn’t the Force inside of us strong and powerful? If we could hold up a mirror and see our eternal soul wouldn’t we be dazzled?

This life, which is a forgetting of our essence, leaves us too often shallow and trivial, needing to be awakened by the only One who ever could. Rey is a type of all of us. She carries the Force, but does not know it while she remains asleep and preoccupied in a lesser place without any real charms.

When this movie begins, 30 years have passed since Luke Skywalker, Princess Leia, and Han Solo confronted Darth Vadar and vanquished his forces. The knowledge of these deeds should echo through time and strengthen the generations that follow. It seems that knowledge once gained should be prized and cherished. Each generation should be taught and remember this knowledge, essential to their preservation and self-understanding.

The memory they carry should be imprinted like strands of gold upon their souls.

Yet it turns out that knowledge is a slippery thing and ideas fade. Rey lives in a time where the knowledge of Luke Skywalker’s victories and the power of the Force has been lost to some. She is one of them without memory of this.

When she is told that they are looking for a map to find Luke Skywalker, she admits that she thought he was only a story. For her, the truth of another generation has dissolved away.

So here we are, royalty descended from one who actually walked and talked with God and we know there were ancients who possessed knowledge that has been lost from us. Our understanding, however vast in some areas, may be deficient in others.

What, for example, did Enoch know about faith that allowed him to “spake the word of the Lord, and the earth trembled, and the mountains fled”? For that matter, what did the generation that just preceded us and fought World War II know about courage and unity and public will to protect American values that we have forgotten?

The world was functioning on a truncated version of Christianity until Joseph Smith walked into a grove and retrieved the knowledge of the ancients.

The rising generation can forget what their fathers once knew.

The Nature of Evil as a Self-Betrayal

Kylo Ren is a Darth Vadar wannabe who teaches us something about the nature of evil. Attracted to the dark side, he can only vanquish the light that is left in him by betraying his parents and his heritage. He is the brilliant son gone wrong, the angry youth who must trample his own identity and destroy the essence of himself in order to rise in dark power. But the power is so enticing.

His is a self-betrayal, a conscious decision to turn from the light, heedless of whose heart he breaks. But more important, then, to justify himself and his decision, he must use his new dark power to destroy everything he has left behind in justification of his choice

This dark son who obviously once had such promise is a familiar type from a primordial story that Latter-day Saints know well. The essence of the evil path is to turn by conscious choice from the light and from your own origins.

My family saw the film last night. This article will make a great family home evening discussion. Thank you!