Three Historical Novels to Start Out the Year | Meridian Magazine 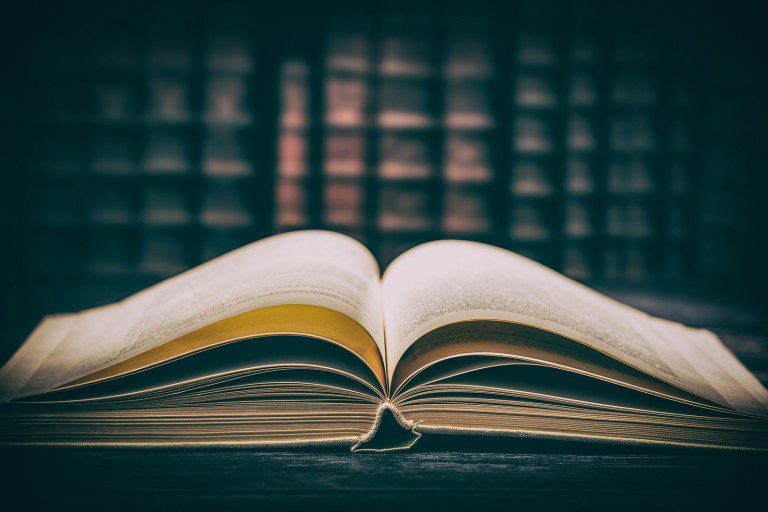 Three Historical Novels to Start Out the Year

Stories based on the tumultuous years after Nephi separated his people from those who followed his brother, Laman, the struggle in England to end class distinctions and grant equal rights to all people, and a woman who defies the mores of her time by adopting nearly a dozen children and marrying their tutor are three novels that highlight events and attitudes that set the stage for our times. The books differ greatly, but are all thought provoking.

Six hundred years before the birth of the Christ, Lehi’s family made their way to the Americas. Trouble brewed throughout the entire journey between Lehi’s oldest son, Laman, and his third son, Nephi. With the death of Lehi, the trouble escalated with Laman declaring himself king over the group while Nephi, who had been ordained the prophet by their father, entreated the family to follow God. Soon the two groups separated into two opposing factions. Eventually to avoid bloodshed, Nephi and his followers departed into the wilderness.

The story opens with Hannah who married Lemuel awakening from an unconscious state after being stoned. She quickly realizes her family, including her husband and son who participated in the stoning, left her lying in the dirt believing her dead. She wants to follow Nephi, but pain, doubt and discouragement slow her steps. A slight movement in her abdomen convinces her she is with child and gives her the motivation to push on and put as much distance as possible between herself and Laman’s encampment. Along the way she saves a wolf pup and is joined by a young girl who is also fleeing from Laman. Together they make their way to the village being built by Nephi’s followers.

The years go by. Hannah gives birth to a son, whom she loves dearly, but she still longs for the son left behind, though he had tried to kill her. There are skirmishes between the two groups, but fifteen years pass before a major battle ensues. During these years Hannah’s faith grows and she becomes an instrument in building the faith of others. The battle brings new tests of faith and contact with those she thought she’d never meet or see again.

This fascinating story continues the story begun in Daughter of Ishmael and will be greatly enjoyed by readers who enjoy action novels, scripturally based stories, or family drama. It brings out the heartache and loss that comes when close family members choose to leave the church or place personal pride and gain above family welfare. Those familiar with the story in the Book of Mormon will recognize that beyond the basic outline, A House Divided is a product of the author’s imagination. Yet it highlights to a greater degree than the scriptural account the close relationship of the various characters who are all siblings, inlaws, cousins, and grandchildren, making their story touchingly poignant. The author does an excellent job of gleaning the personalities of the major players from the scriptures and building on those characteristics to create strong, believable characters. The only character I question is the wolf. I’m not sure a wolf could be as domesticated and live as closely with humans as that one does.

The setting and daily tasks of the characters feel realistic. Overall the story is enjoyable and brings fresh introspection to the power of faith and invites renewal of our familiarity with the book that is the bedrock of the “Mormon” church.

Diane Stringam Tolley was born and raised in Alberta, Canada. She married a fellow Canadian and they became the parents of six children who provide them with a growing number of grandchildren. They enjoy traveling and she incorporates many of her travel sights and experiences into her writing.

Lady Amanda is the daughter of a duke, but she has little use for the pomp and splendor of the early 1800s Regency period. With a strongly held belief that the class system should end and all people should have equal rights and opportunities, she becomes involved in the revolutionary effort. She attends the balls and social functions of the upper class where she flirts and plays the part of an empty headed debutante while gathering information to benefit her cause. Her closest friends are her personal maid and Charlie, the stablemaster’s son. She’s a talented artist who spends her time creating thought provoking fliers to be distributed throughout London to raise awareness of the unfair treatment of the lower classes. One of the revolutionary leaders is an angry, unbalanced man with a chip on his shoulder concerning her family who is more concerned with creating violence and chaos, along with making money, than the causes he supposedly espouses. His actions put her life and that of Charlie at risk.

Lord Nathaniel also plays a double role as a dashing, eligible bachelor who draws the socially elite to his happy, go-lucky personality along with his title, fortune, and handsome appearance while working furiously as the leader of a social justice group. He flirts with and teases Lady Amanda, but neither is aware of the other’s involvement in the cause that matters so much to both of them. Though the two are deeply attracted, they don’t trust each other and go to great lengths to keep the other in the dark concerning their involvement in the equal representation cause. He becomes Charlie’s employer, yet struggles with jealousy as he observes the closeness between Lady Amanda and Charlie.

The varied factions come together in a horrible clash at St. Peter’s Field in Manchester, a true incident. The author follows the events leading up to this clash and the efforts by many individuals and groups to grant equal rights to all Englishmen and eventually women accurately except for the dates which she adjusts to better suit the story.

Jen Geigle Johnson is fascinated by obscure historical facts and enjoys writing about them. The nobleman’s daughter is her first published novel and a second one is scheduled for May of this year. She and her husband are the parents of six children.

LILY OF THE MANOR by Anita Stansfield

Frederick Woodstone arrives at Broadbent Manor looking for work as a tutor and is hired by the lady of the manor, Lily Broadbent. He came, assuming there were two or three children in need of a tutor, four at the most. He is surprised to learn there are eleven children and none were born to Mrs. Broadbent. She adopted them all from various orphanages after her husband’s death. He settles in and quickly becomes part of the staff which is more like a family than an employer and employees. As Frederick works closely with Lily to teach and care for the children, they begin to feel a strong pull toward each other in spite of the difference in their classes.

Lily invites Frederick to accompany her on some visits to various tenants. They visit one home where some of the children are ill with chickenpox and he becomes upset over the casual way Lily allows herself to be exposed to the illness. They then visit a man who shouts at her and threatens her when she leaves a basket of food. Lily thinks she hears a child’s cries. She is upset and the two argue when he prevents her from investigating. Later she makes plans with some of her most trusted servants to return to the house when the man who lives there is in town visiting the pub. Frederick discovers the plan and insists on accompanying her. They discover a small, half-starved boy who can barely speak hidden in a dirt cellar under the house. They take him with them back to the manor and hide him in a bedroom where they can feed and care for him.

Between the possibility she could be caught and charged with kidnapping and her exposure to chickenpox, which can be very dangerous for an adult, she faces the possibility of her own imprisonment, illness, or death and wishes to secure her property and fortune for the children. She trusts Frederick and believes he would use her fortune to properly care for the children so she instructs her attorney to draw up a will for her naming him as guardian for the children and the recipient of her money and property. The attorney informs her that in light of the country’s property laws concerning women, the government would likely say she had no legal claim to the property herself and take ownership of it. The children would be sent back to orphanages. Clearly she has to find another way to ensure the children’s future.

There are problems with this novel. Frederick and Lily are too perfect to be realistic. Every problem works out predictably and too conveniently. It’s a bit on the preachy side. That said, the story has an equal number of positive qualities. It provides a simple, understandable explanation of the atonement and demonstrates the power of faith. It gives a true look back at a time when women and children had few if any rights. This story also invites the reader to think carefully when making choices concerning what is right and what is legal.

As with all of Stansfield’s novels, this one is a romance, but the romantic details are more low key than usual. The couple spend time together and are involved in the problems and duties of a large household and the secret they are harboring. There isn’t a lot of the usual physical demonstration of their feelings for each other in this romance. The emphasis is more on the melding of their feelings and their united efforts to shelter an abused child and prepare the other children for useful lives. Action fans may be disappointed at the slower pace of this story, but Stansfield’s large army of fans will love the sweet promise of this story.

Anita Stansfield is the author of more than fifty books. She writes under her own name, Anita Stansfield, and for the general market as Elizabeth D. Michaels. She and her husband live in Utah and are the parents of five children with a growing number of grandchildren.

LILY OF THE MANOR by Anita Stansfield, Published by Covenant Communications, 246 pages, soft cover $16.99. Also available on CD and for eReaders.