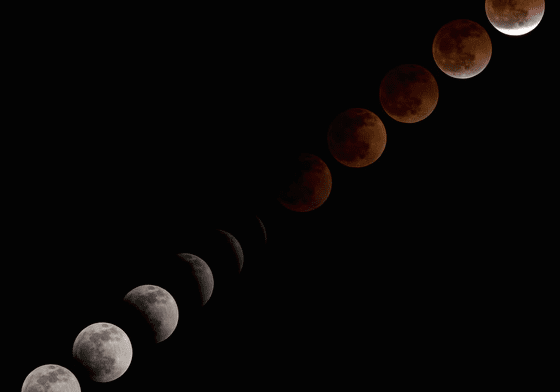 A total lunar eclipse, the fourth eclipse of the tetrad of four over two years, will be visible across America in the evening of September 27 and even in Jerusalem in the early morning of September 28. This blood-red moon will happen on the Feast of Tabernacles holy day of the Hebrew calendar as well as during a first year of the seven-year Sabbath year cycle.[i]

I have written about the individual eclipses of the tetrad and their claimed prophetic meaning in the popular press and in bestselling books.[ii] The first three eclipses were supposed to have special significance for the future of the state of Israel. Yet, the three eclipses were not visible in Jerusalem. The calendar alignments with the Feast of Passover and the Feast of Tabernacles were touted as particularly important. Yet, the October 2014 eclipse was clearly a day off from the Feast of Tabernacles holy day.[iii]

This coming eclipse, however, seems to me to be the best of the four in visibility and in exact alignment with the Feast of Tabernacles and with the first year of the Sabbath year cycle.

Whether this rare celestial and calendar synchronized event is a modern sign and wonder referring to current events will depend on the fulfillment of scriptural prophecy, the significance of which usually is not evident until years later. Fortunately, God has promised that as the prophecies of Isaiah and of John the Revelator are fulfilled that they will be recognized by the people.

“… in the days that the prophecies of Isaiah shall be fulfilled men shall know of a surety, at the times when they shall come to pass.” (2 Nephi 25;7)

“And then shall my revelations which I have caused to be written by my servant John be unfolded in the eyes of all the people. (Ether 4:16)

This eclipse certainly has key calendar and celestial alignments that are rare enough that it could be an important sign. However, many great alignments happen all the time that do not seem to be related to any current event. The most significant signs are not apparent until years later such as the birth of a prophet.

I think that an important reason a sign may not be related to a current event is that it may be another witness of a previous sign and wonder such as the events of the conception, birth, crucifixion and resurrection of the Lord Jesus Christ. Easter every year is another witness of the Atonement and Resurrection. This year’s Easter that was very similar to the first Easter in calendar and lunar eclipse alignments would be an even more powerful witness of those events.[iv]

Thus, it is important to understand the historical context of a possible sign and wonder before proclaiming that it is necessarily related to current events.

Apostle Peter and the Signs on the Day of Pentecost

Our recent gospel doctrine class readings contain a great example of how a sign and wonder could be connected with a current event as fulfillment of scriptural prophecies. The miracle of the gift of tongues on the Hebrew holy day of Pentecost launched the great missionary work that would result in the new Christian church being established throughout the Roman Empire.

“An Orthodox icon of the Christian Pentecost. This is the Icon of the Descent of the Holy Spirit on the Apostles. At the bottom is an allegorical figure, called Kosmos, which symbolizes the world.” The holy day is also called white Sunday.[v]

As the miracle was occurring, Peter explained how it was fulfilling the words of the prophet Joel.

“For these are not drunken, as ye suppose, seeing it is but the third hour of the day. But this is that which was spoken by the prophet Joel; And it shall come to pass in the last days, saith God, I will pour out of my Spirit upon all flesh: and your sons and your daughters shall prophecy, and your young men shall see visions, and your old men shall dream dreams: And on my servants and on my handmaidens I will pour out in those days of my Spirit; and they shall prophecy:

“And I will shew wonders in heaven above, and signs in the earth beneath; blood, and fire, and vapour of smoke: The sun shall be turned into darkness, and the moon into blood, before that great and notable day of the Lord come:” (Acts 2:15-20)

So, following this example, if a current event might be a fulfillment of prophesy then it would likely be aligned on calendar holy days and even with celestial events such as an eclipse. But then, the best pattern would be for the Prophet to then receive revelation and bear witness of the current event being a fulfillment of a specific prophesy and quote the specific prophesy.

The earlier three eclipses of the tetrad contrast dramatically in their visibility in the United States compared with this eclipse. In the mountain west, the full moon will rise as it is being eclipsed by the earth’s shadow. The maximum of the total eclipse will occur at 8:47 p.m. MDT with the eclipse ending at 11:22 p.m.[vi]

This is the only eclipse of the four that is visible in Jerusalem, starting at 3:11 a.m., with maximum at 5:47 a.m. and the moon setting during the ending phase of the eclipse.[vii]

An evening eclipse is noticed and viewed by many more people than a midnight or even a dawn eclipse will ever have.

Here is the NASA eclipse page on this wonderful total lunar eclipse.

Also, the links to the first three eclipses of the tetrad.

[i] First Picture is a time lapse collection from the first eclipse of the tedrad on 15 April 2014.

RPMNote: Therefore, September 14, 2015 starts the first year of the cycle, one in seven of which is the Jubilee year. The lunar eclipse will be in a first year in this seven year cycle. John Pratt calculates the Jubilee year based on the assumption that the Savior was born in a Jubilee year and the calendar alignments for the entry into Canaan

“Soon we can celebrate seventy jubilees since Joshua crossed the River Jordan.”

“An extremely impressive anniversary of that date is approaching. Mon 6 Apr 2009 will mark exactly seventy jubilees on the (Perpetual) Hebrew Calendar since that date.[2] The year of the jubilee has been lost to modern Hebrews, but the results of my research indicate that the jubilee year occurred in that very year of entering the Promised Land. The Lord told Moses to begin counting sabbath years and the jubilee cycle when they entered the promised land (Lev. 25), which suggests beginning the count immediately at that time.[3] The jubilee is the fiftieth year after the cycle begins, but the cycle only has seven sets of seven years, or 49 years. Thus, the 50th year of the cycle is the same as the first year of the cycle.[4] That and several other events indicate that they indeed entered the promised land in a jubilee year.[5] The year 2009 marks 70 sets of 49-year jubilee cycles since 1422 BC.[6]”

“This column by Joseph Farah, founder of WND, WND Books and WND Films, is adapted from his foreword to Mark Biltz’s best-selling 2014 book ‘Blood Moons,’ which has also been made into a best-selling documentary movie of the same name.”

“On April 15, 2014, a total lunar eclipse will occur on the same day as the Jewish Passover on the Hebrew Calendar. Three other lunar eclipses will also closely align during the next two years with the Passover and Tabernacles sacred feast days. Various publications such as Minister John Hagee’s book (“Four Blood Moons: Something is about to Change”) have trumpeted this rare set of four events as a significant sign of the fulfillment of latter-day prophesy. This article will analyze these coming events double checking the claimed alignments and examining the visibility of the eclipses in Jerusalem.[1]”

“During the first part of 2015, a rare planetary conjunction of Jupiter and Venus plus an Easter weekend very similar to the first Easter added a powerful witness of the miraculous Conception of Jesus Christ and His Atonement and Resurrection in the meridian of time.”

Or perhaps it's just an interesting astronomical phenomenon. To me, the crucial signs are in human society, not in nature. What troubles me is not an eclipse or a comet, but an unprincipled Supreme Court ruling or the popularity of a degrading movie or play. These are the real signs of the times.