This 93-year-old couple has served 23 missions for the Church. Here's how they created a 'legacy of love' | Meridian Magazine 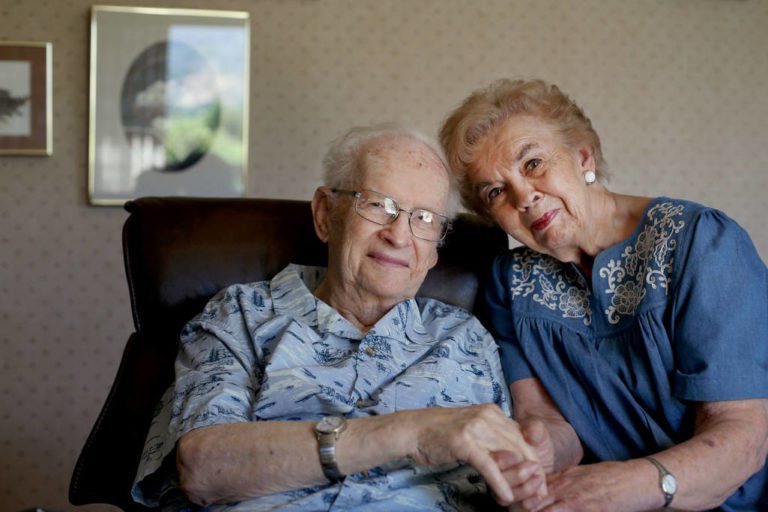 This 93-year-old couple has served 23 missions for the Church. Here’s how they created a ‘legacy of love’

Joyce Nixon, 93, recently sat down on the edge of her seat across from her husband, Reed Nixon, also 93 years old, in their home in Orem, Utah, to talk about some of their adventures over their last 72 years together.

“I don’t know why you’d want to speak to us. We’re ordinary,” Joyce said.

But in many ways, Reed and Joyce’s life together has been anything but common, starting with their journey to the altar and continuing on through their serving more than 23 missions worldwide.

Reed graduated from the California Institute of Technology, served for two and a half years as a decoding officer in the U.S. Navy during World War II, taught for two quarters at Brigham Young University, married his sweetheart, Joyce Johnson, and left on a mission — all before his 21st birthday.

Reed met Joyce through mutual friends at BYU when they were both 20 years old — he was a math teacher and she was a student.

“He fell for me 73 years ago and he’s been falling ever since, just in other ways,” joked Joyce, referring to Reed’s bad fall two years ago when he broke a hip and femur. “He’s gotta quit falling for me.”

In March 1947, Reed received a two-year mission call to the Western Canadian Mission. As Reed’s time at BYU was quickly winding down, he brought Joyce to meet his colleague and good friend, Hugh B. Brown (who later served as a member of the Quorum of the Twelve Apostles). Joyce said her conversation with Brother Brown was completely unexpected.

“Brother Brown told me, ‘Why wait? Get married before Reed leaves.’”