They Don’t Want to Disappoint You | Meridian Magazine 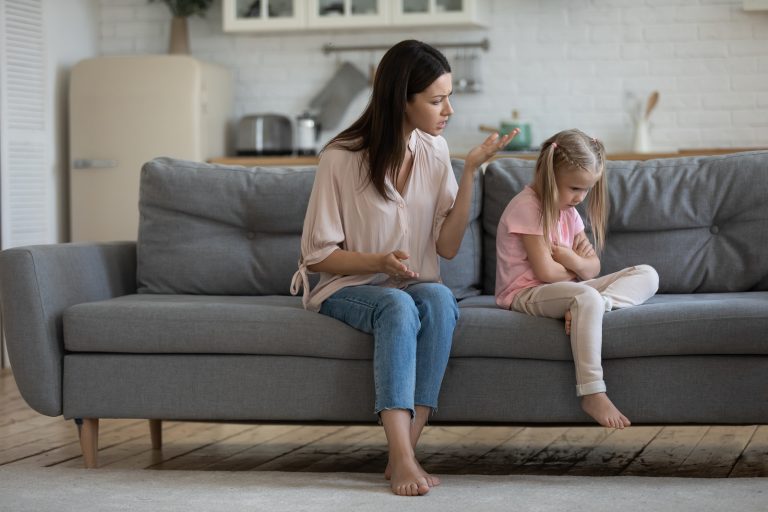 They Don’t Want to Disappoint You

When teaching and training children, many parents don’t often think about the heart and bond of the child, and how the child is processing what the parent does and says. Since children often misunderstand us and situations, relationship disconnections occur.

Parents are more dedicated to the spiritual, social, and academic success of their children than ever before. They get involved in coaching, carpools, and creating more opportunities for today’s youth than previous generations of parents did. Because of these great efforts, youth are getting better college entrance test scores, getting national awards and titles, and becoming entrepreneurs, all while also championing high morals and long term focus for their lives. With all this extra effort made on their behalf, why are so many youth and young adults feeling alone and like failures?

What They See and Feel

Parents are supposed to teach, lead, support, and act as righteous judges for their children. But, if children aren’t honest with parents and don’t allow them to connect with their struggles because of feeling the need to keep up appearances or please others, then the child doesn’t internalize any of the teaching, leading, supporting, or correcting the parent offers.

Let’s say a child, who seems perfect, is warned by his parent about the dangers of pornography and told that he’s trusted not to look at filthy images online. Then the child looks at porn for whatever reason. At this point, the child immediately thinks they’re bad, and go into hiding, even if they vow to never look at the images again. They just can’t allow their parents to find out how imperfect they really are. The parent goes on thinking everything is perfect with the nearly perfect child and the distance grows wider. Before the parent knows it, the child feels like they are not really connected to the parent anymore and the parent wonders what they can possibly do to earn their child’s love again. Yet, nothing works because the truth is kept in darkness.

Since children don’t want to disappoint their parents, they hide. The hiding leads to manipulation on all sides and relationships get ruined. The following parable will better illustrate how this happens and what to do about it. In the following story, the king is the parent, the subjects are the child, and the kingdom is the family.

The King Who Meant Well

There is a story of a king who was always trying to impress other kings with the goodness and loyalty of his subjects. His kingdom was an example to other neighboring kingdoms for its fine streets and happy, motivated subjects.

The king didn’t know this, but his subjects felt pressured to please him. They knew he was proud of the kingdom, and that he expected perfection. The pressure from the king caused the subject’s stress load to increase. They knew they weren’t perfect subjects. There were dirty places in back alleys and occasional fights with neighbors that the king never heard about. Since the subjects knew the truth, they felt the teachings from the king were not true. At first, they thought the king could see everything they did. But, when they realized that he didn’t really know everything, they started to disrespect him and thought the was putting pressure on them just to lie to other kingdoms.

Once the subjects questioned the king’s motives, they started rebelling against what they felt were the king’s dishonest teachings. When the king noticed the rebellion, he was shocked. After all the king had done to make life perfect for his good subjects, they rebelled. How could this happen? Clearly, he needed to correct the situation, so the king focused on fixing the rebellion. But, the rebellion was only a symptom of the problem, and fixing it couldn’t unify the hearts of the king and subjects.

After the king corrected his subjects, the subjects went into hiding. They didn’t want to be around the king because they didn’t feel understood. Of course, they didn’t realize that they were the ones who created the distance in the relationship in the first place. They thought the king knew everything because the king has always acted as if he did.

When the subjects hid from the king, they felt isolated and alone. During this time the king blamed the subjects for going away from him and not appreciating him. Since there were hard feelings on both sides, the subjects went to a new, more understanding kingdom that didn’t have a king.

What Parents Can Do to Stop the Hiding

Children usually desire to walk in light and truth. They search these things out, but they falter a lot along the way. Parents need to be sure to teach with light and truth, and point out the truth that we all make mistakes or choose unwisely from time to time. It needs to be okay to make a mistake. Isn’t that how we really learn to repent anyway?

To prevent misunderstandings and hiding, create a habit of talking with your children regularly about their goals and their failures and show them you support them no matter what happens. Talk to them openly about mistakes, but don’t preach too much. Ask questions and see how they’re thinking. Give them kind looks and open your heart to the possibility that your children will make mistakes so that you’re ready to help them learn how to get back on course when mistakes come. One of the greatest lessons a parent can teach children is how to accept failure, repent, and plan for better future outcomes.

When a child has already started hiding from parents, then it’s time to open the communication door by being real. They think you’re perfect, and that you expect them to be perfect. Turn that thinking around and toward understanding by talking openly about what you understand. They need to know you have a past. Open up to them about some of the bad decisions you made or temptations you struggled with in your youth. Tell them that you know they have things they struggle with too, and that you will never judge them. Tell them that if they fail a class or succumb to peer pressure, that you will understand and help them solve the problems.

They need to see you as an open door to talk to, a real person, and a person who has conquered struggles, not just a person who craves perfection to impress the neighbors or to make yourself happy. They aren’t invested in your high standards and motivating goals until they know the whole story. Who were you, and who are you now? Through inspiration, let them see the real you, and let them know that you will always be calm, okay, and ready for any talk about any difficulty in their life. (Sharing should happen at the correct time and according to appropriate processing and developmental levels of the child.) This openness and pre-teaching for future conversations makes a huge difference in the way the child sees you. They begin to consider you a good, wise shoulder to lean on, instead of a perfection-minded, out-of-touch king.

For more successful communication tips, watch this video called “How To Talk To Your Child About Bad Behavior.”