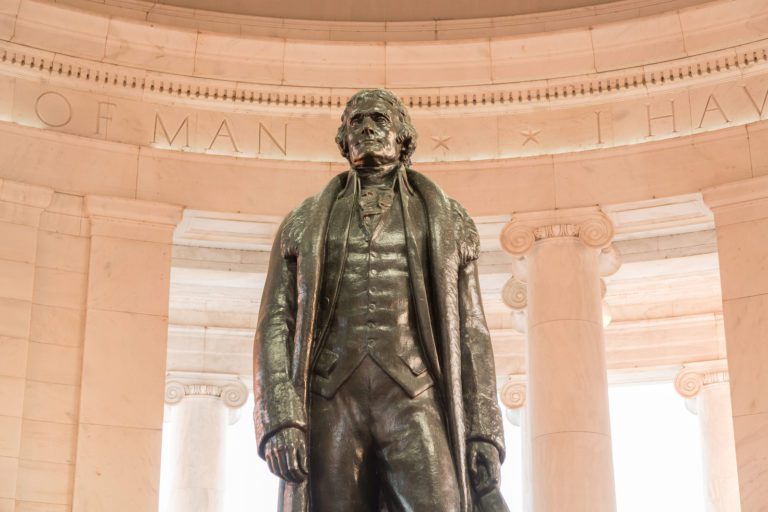 Undoubtedly, most Americans would say our long-term commitment to self-government and the rule of law, and our extraordinary embrace of liberty.

Not so, according to The New York Times’ 1619 Project—named for the year in which African slaves were first brought to the English colonies in North America. The various New York Times authors apparently believe America’s unique quality is slavery.

The 1619 Project defines itself as an effort to “reframe” America’s history to define the nation’s “true founding” as one rooted—at its heart—in slavery rather than liberty.

America, according to this narrative, has been and always will be exceptionally and perhaps irredeemably racist.

As I wrote in my book, “The War on History: The Conspiracy to Rewrite America’s Past,” this is a deeply misleading description of our history, but one that is becoming all too common in both popular culture and in American classrooms.

Yes, there was slavery and racism in our country’s history, and certainly the American people and our leaders have not always done the right thing. That’s something we should acknowledge and learn from, today and in the future.

And yet, America is still worth celebrating and taking pride in.

When one really researches world history, we find that slavery was almost universal in almost every culture since the beginning of recorded history . It is freedom and liberty that are new concepts and the colonization of America helped to end slavery rather than perpetuate it. The majority of delegates at the Constitutional Convention opposed slavery but agreed to allow it at the time in order to maintain the Union. To do otherwise would have destroyed the United State before it had a chance to begin. Yes, slavery is a dark stain on the history of our country, but it was the norm for most of the world at the time. To single out the fledgling United States of America as the evil poster child for slavery in the 17th and 18th centuries is unfair and disingenuous.

The problem with Euro history is that it does not provide an accurate depiction of african american history and as an African american there has been a drive at understanding Euro history and not their own. So you have young black children being forced to value all the things that whites have done to build this country. So i think the 1619 project should be told will.this upset the dominate culture sure but at least the truth will be told