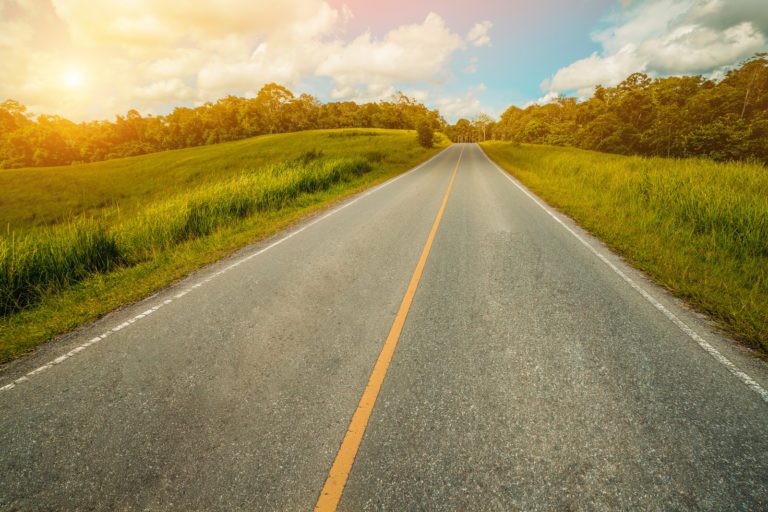 I knew that Brent had gone on an extended vacation, so when he returned, I asked him how it went.

When I asked him what he meant, he told me the story.

Brent and his wife had a new camper on the back of their pickup. Brent thought it would be wonderful to have their four children in back in the camper while he and his wife were in the front alone. The thought of the children taking care of themselves, and he and his wife being able to talk uninterrupted for an extended amount of time, sounded like a dream come true.

“But there’s no window between the front and the back,” his wife said. “What if the kids have an emergency. They’ll have no way of contacting us.”

This was years before cell phones were common, but Brent was good at wiring, and he came up with a brilliant idea. He wired a closed-circuit telephone between the cab and the back of the pickup. A person could pick up the phone and hit any button, and it would ring at the other end. When he finished the wiring, Brent asked his oldest daughter to get in the back to test it. She picked up the phone and hit a button. Everything worked flawlessly.

The day for their vacation arrived, and Brent made sure the children had everything they needed in the back of the pickup. The children climbed in, and Brent and his wife climbed in the front. They happily started down the road, but they hadn’t even gone a mile before the phone rang.

Brent’s wife answered it, talked briefly, then hung up. “David wanted to try out the phone.”

“David took my doll,” she said.

“Well, she’s hogging the couch,” David yelled in the background.

They pulled over and got that all settled, then continued on their way. But they hadn’t even traveled another ten miles before the phone rang again. This ended up being the story for the duration of the day. The phone rang about every ten miles. When they were only about twenty minutes from where they planned to camp for the night, the phone rang again. Brent had had enough. When they stopped to take care of a problem between two of the squabbling children, Brent yanked the phone cord out and disconnected it.

“But how will we know if the children are having an emergency?” Brent’s wife asked.

“We’ll see fire coming out of the back of the truck!” Brent angrily replied.

The children could see their father was mad, and they promised to behave better, but when Brent climbed back in, he was still too flustered to drive.

“Maybe I should drive, and you should relax,” his wife said.

“How am I supposed to relax?” he replied. “If I sit up here, I won’t know if something goes wrong with the children. And if I sit in the back, the children will all be sulking because I got mad at them.”

“Maybe the children should all ride in the front with me,” his wife replied. “It’s a crew cab, and they’ll all fit. Then you can ride in the back and calm down.”

“We ended up traveling that way much of the trip,” Brent said. “I learned a lot about family vacations and not wiring phones. But it did end up being one of the most relaxing vacations I have ever had. I’m not sure my wife could say the same, though.”

Daris, I look forward to the Wednesday edition of Meridian for the simple reason i know your column will be there. i never took a family vacation with my parents or with my own children with a telephone - and now i feel blessed for the lack of experience.