The Secret Admirer that Changed My Life | Meridian Magazine 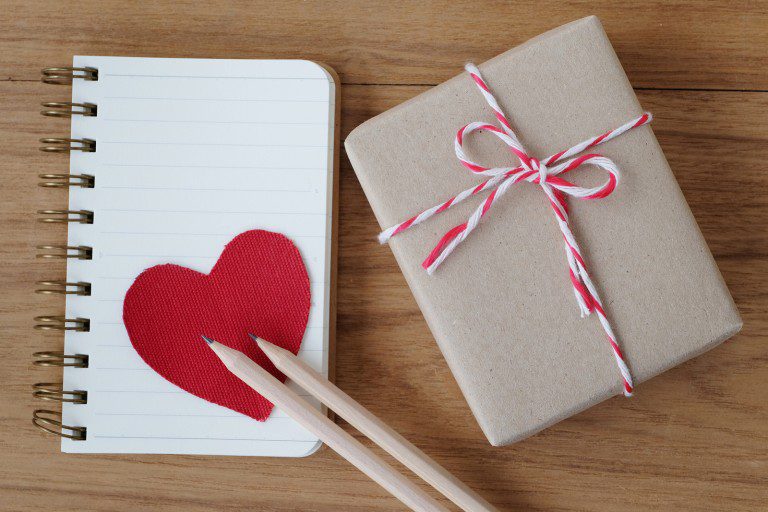 The Secret Admirer that Changed My Life

Valentine’s Day has always seemed to be a polarizing holiday. There are those that absolutely love it, and those that seem to resent or even despise it, and not many in between. I have always solidly been in the ‘love it’ camp. From my earliest memories, I have prepared for it, dressed up for it, and hoped beyond hope that this Valentine’s Day would be more special than any other before it. I guess you could say I’ve always been a romantic.

In elementary school, I put great efforts into elaborate Valentine’s boxes to receive little preprinted holiday notes and candies from my peers. One year, I built a box with a wishing well carefully crafted from popsicle sticks. I even tried to create a mechanism for lowering each Valentine into the well with a little turning crank. It didn’t work well, but I was still very proud of it. Another year, the obliging Valentines were meant to be inserted into the mouth of a homemade dragon where they would slide down his gullet to his egg carton body at the bottom. That one also didn’t look or function how I’d imagined it, but it wasn’t about the box, it was about what the box might receive.

You see, every year of my childhood and adolescence, I hoped that Valentine’s Day would be the day that someone would come out of the woodwork and admit that they’d liked me all along, just never had the courage to say something. Of course, I hoped most of all that that someone would conveniently be the person I actively had a crush on, but to be noticed and admired by anyone would have fulfilled the Valentine’s dream.

How would they tell me? An unsigned note slid into my elaborate Valentine’s box? Perhaps a little gift left at my desk while I was out delivering my own notes? All day I would live in quiet anticipation of a happy surprise showing up at some point when I least expected it. When it didn’t show, I figured it must be because I was expecting it too much. I cleared my mind of pesky expectations and went on quietly hoping and waiting.

That “out-of-the-woodwork, whirlwind admission of affection” that I hoped this holiday would bring never came. But each year on Valentine’s evening, our doorbell would ring and one of us would open it to find a porch laden with bright red and pink boxes of confection for each person in the house. The attached notes with our names also bore a poem declaring the wonderful qualities about us in little rhyming couplets printed on paper (disguising the author’s handwriting) and cut into the shape of a heart.

They were signed, “Your Secret Admirer.”

It didn’t take long to deduce that a secret admirer that loved us all that much, must answer to the name “Mom” or “Dad” on the other days of the year. And yet, those poems; the artful rendering of our best qualities on paper, as noticed and admired by someone else, still left me falling asleep each Valentine’s Day feeling cheered and capable and thinking that if someone else could see those qualities, they must really be there.

Now, I’m a little older. I found a Valentine that confidently told me how much he admired me on our first date in July and didn’t bother fading into the woodwork until February. His desire to be outspoken and forthcoming in his affection for me made him a stand-out. In fact, he loved me enough to marry me and shows me his love every single day. It doesn’t seem to matter so much that I never got that adolescent whirlwind, but now that our first child is growing inside my belly, I think much more about that other secret admirer. The one that was there, not only every Valentine’s evening, but also every day, to remind me of my best qualities and believe in me even when I didn’t believe in myself.

My parents were the secret admirers that changed my life, only the life-changing part about their admiration is that it was no secret. They made it known. They made me feel loved and seen and the stability and security that brought to my life and to the person I became is immeasurable.

Around this time of year a couple of years ago, my husband and I were in charge of a youth conference that, among other things, involved a cross country skiing activity. The group was small and we were staying together through a skiing trail that seemed much too hilly for cross-country skis. In fact, nearly every slope saw us tumbling down and biffing it until it was almost too intimidating to continue. We knew that each new section would likely involve a crash and there’s only so much torture you can willingly abide before you want to call it quits.

On one such hill, most of the group was waiting at the bottom for our last few members and we saw that one boy was poised at the top, but wouldn’t move forward. He was around 15 years old and proudly bore a tough-guy persona in most other settings and yet here he was shaking like a leaf.

Finally someone called up to him, “If you don’t come down this hill, we’re going to tell your Mom that you’re a chicken!”

His unhesitating response? “She knows!”

Of course she knows. Besides perhaps our spouses and the Lord, no one is quite as intimately aware of our shortcomings and faults as our parents. Yet, that is also the shortlist of those that are most aware of and invested in our best potential. What a difference it makes to actively help your child see that potential in themselves. What an impact it makes to help them feel admired and noticed when they may, at times, feel isolated and ignored in the world outside of your home. To have a poem of my strengths written down that I could look at again and again meant there was no mistaking that someone else believed in me and that helped me to believe in myself.

With a little one due in T-minus 66 days, I’ve watched my fair share of baby videos of late and so many of them involve a baby getting glasses and seeing her mother’s face clearly for the first time or a baby getting a cochlear implant and hearing his mother’s voice clearly for the first time. These videos go viral because the look of joy and love on these babies’ faces is heartwarming beyond belief.

We’re programmed to love our parents and find our first sense of security and warmth there, but it is up to us as parents to create an environment that keeps that feeling going so that even as they grow up, the sound of our voice or the sight of our face still brings that spark of joy and comfort even if it isn’t always manifest on the outside.

I don’t know how I’ll accomplish that yet, but I can’t wait to meet my little guy and let him know unmistakably that I love him. As life gets stressful and contention and anger become a part of some households on a regular basis, I’ve heard some parents say, “Even still, I’m sure our children know we love them.” They may be right, but perhaps it’s time to make double sure that as parents we are our children’s secret admirers whose admiration is no secret.

And in case you haven’t seen them, here are a couple of the videos that I was referring to:

As an ugly duckling, I always felt the same way! I knew my parents loved me beyond measure. And I think that one year, my mother placed a secret admirer note in my valentine box! As I got older, the boys turned to men and then those words came out...I have always admired you. (just wish it wasn't so late so we could have dated or hung out more! haha!). And now, I get that love and acceptance from my husband and children. Not so secret, but worth the day of Valentines to share our purpose for love of each other.