The Scent of Mormonism | Meridian Magazine 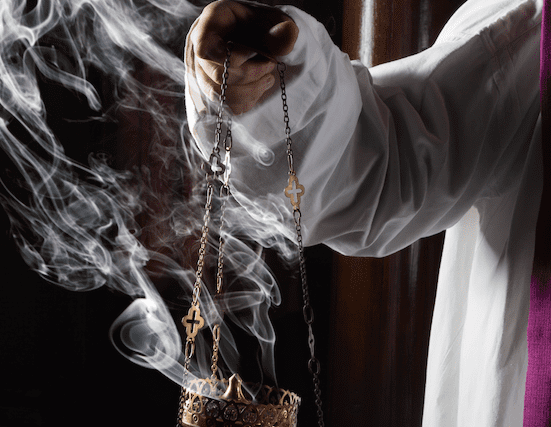 The Scent of Mormonism

I went to dinner one evening with some of my wife’s colleagues, professional scholars of religion. One, a thoughtful and well-regarded student of American Catholicism, asked about the scent he had detected during a temple open house on his visit to the Wasatch Front. He thought it might have been incense, and wondered whether, as for the Catholic Mass, there was a place for sacred smoke in Mormon temple worship. I don’t blame him. Even if it’s not my religious tradition, I like the smell of a Catholic Mass. We reassured the visitor that Mormons don’t use incense in their sacred rituals, and the conversation rapidly transitioned to a practical sort of question: what is the typical scent of Mormonism?

A younger person at the table half-joked that the classic smell of Mormonism was the effluvium of the industrial hand soap once stocked in US meetinghouses. I thought I might remember the soap, but the dim memory slipped away before I could really recognize it. I’m sure someone will complain that I didn’t wash my hands enough or that I was rarely in church long enough to use the bathroom. Perhaps those habits played a role in my ignorance. But the smell of that granular soap never entered the olfactory landscape of my Mormonism. That is not what Mormonism smells like to me.

My own answer to that question sprang to the tongue. Other than the bright scent of infants babbling or shouting their way through sacrament meeting, there is one smell more than any other that brings Mormonism to my mind: olive oil caressed into a warm scalp.

That smell, in a vivid nutshell, is the story of Mormonism in my soul.

Olive oil is an ancient companion for us humans. For many thousands of years our ancestors have used this balm of the fruit of the olive tree. For cooking, for smoothing cracked skin, for signaling what matters, even for anointing their rulers. And, in millennia of traditions that extend well beyond the Christian Bible, they have used olive oil for healing.

We have only rare verses in the New Testament to tell us that the Christian elders anointed sufferers with oil in their time of need. We know from other sources that throughout the ancient Mediterranean, oil was a sacred emolument used for many anointings, both secular and religious. Theirs was a world vastly different from ours. They had no pump bottles of skin lotion, no real medicines, at best rudimentary surgery. But they also lived in a world charged with meanings and powers that many of us have lost like our childhood wonder or our knowledge of the way grass feels against bare feet and extended palms.

My first personal encounter with olive oil was during flu season in the late 1970s. I’ve never had influenza before or since, thank heavens, but I still remember the sense of being squeezed in a hot vise as the Hong Kong influenza virus assaulted my bloodstream. My whole body ached in terrible heat. I lay rigid in the center of the living room floor, my father and a pair of home teachers worrying over my still-warm corpse.

I have no idea what was actually passing through their minds, but I assumed at the time that they knew I was dying. I might already be dead. That’s what I understood of the situation, and if something was so obvious a child could see it, surely the adults knew it too. The oil felt cool on my fevered scalp, they said a prayer I didn’t understand, and I fell to sleep. All I could smell was the sourness of hot and sweaty skin. I survived, but I still remember the scene, the cool oil, and the smell of fever.

A decade or so later, after a rocky start, I dove into my mission work in southern Louisiana with gusto. Within a month or two, I ended up on splits with a senior companion in an unfamiliar area, on one of the hot nights that seep out of the wet Louisiana soil. We had an appointment, I discovered, to minister to a woman dying of liver failure. I remember little of that night, except that the senior companion knew what death smelled like. He told me so, with the nonchalant superiority of a twenty-year-old boy. Impending death was by far the strongest smell in that room. It took me months, if not years, to understand that there was another, more earnest and hopeful scent present as well: warm olive oil on mortal skin.

I encountered this oil again as a young father, another decade or so later. My second daughter, barely four, had croup, that horrifying inflammation of the upper windpipe that makes the sound of frightened frogs when the child tries to breathe. She was exhausted, and so was I.

I asked her if she would like a blessing. I explained to her that with olive oil, the fruits of the earth once used by the Hebrews to crown kings, I would anoint her head. I told her I would then “seal” her blessing. She and her sister asked what it meant to seal, and I explained that it was a special kind of prayer, one that recognized how much like Jesus she was. She smiled to hear that Jesus had a last name (“Christ”) that meant that he was anointed, just as she would be. Her tired face lightened as she considered my proposal. She consented, with a nod.

I dabbed a drop of oil on the crown of her head, just enough that she could feel its cool presence on her scalp. As I placed my hands onto her head, touching the drop of oil lightly, she held out her right hand, stroking my forearm with her small fingers. The tang of olive oil mixed with hair finally settled, permanently, into my memory as the olfactory mark of my approach to God’s presence.

I knew that she would improve, that the course of viral infections is almost always benign. But I wanted her to know that she was loved by God and by her father, and that I wanted to share my faith in God with her. After the blessing she nestled in my armpit and wrapped an arm around my stomach, as she settled, reassured, into sleep.

After my wife taught me to cook some years ago, I came to know olive oil in its many strains and variations. I began to understand how the volatile remnants of the lives of the olives gave the oil complexity and us pleasure on our tongues. I love culinary oil and am delighted when a friend gives us a bottle of the good stuff, still bursting with the flavors of the earth where its tree placed its roots.

But there is nothing for me like the scent of cool oil on a warm scalp, that lucid mixture of earth and human and divine that calls us into the life of God.

This warmed my heart and comforted my soul. And... I loved the words you used - Thank you

Thank you, Brother Brown! This is beautifully written and evokes common memories and reverent feelings.