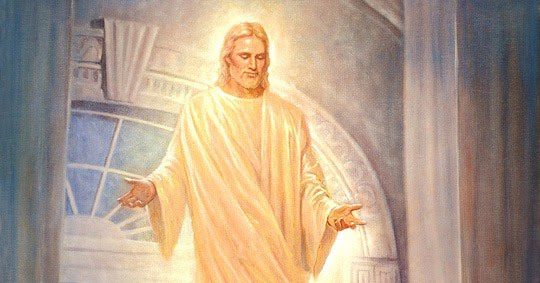 The Prophet Joseph was forthright in his declarations about where he got the Book of Mormon plates: “Moroni, who deposited the plates in a hill in Manchester, Ontario county, New York, being dead and raised again therefrom, appeared unto me, and told me where they were, and gave me directions how to obtain them. I obtained them, and the Urim and Thummim with them, by the means of which I translated the plates; and thus came the Book of Mormon” (History of the Church, 3:28).

Through his entire life and ministry, Joseph never deviated from that narrative. While in Far West, Missouri, in 1837, church member David Osborn heard Joseph Smith declare yet again that “the Book of Mormon is true, just what it purports to be, and for this testimony I expect to give an account in the day of judgment (David Osborn, in “Recollections of the Prophet Joseph Smith,” Juvenile Instructor, Mar. 15, 1892, p. 173).

In addition to Joseph’s own unwavering testimony, were you aware that the Savior Himself also bore witness of the scriptures that the Prophet Joseph produced? What does the Savior say about the Book of Mormon? Here are a few of His declarations:

D&C 17:6 (revelation through Joseph Smith to Oliver Cowdery, David Whitmer, and Martin Harris, Fayette, New York, June 1829): “And he has translated the book, even that part which I have commanded him, and as your Lord and your God liveth it is true.”

D&C 18:1-4 (revelation to Joseph Smith, Oliver Cowdery, and David Whitmer, Fayette, New York, June 1829): “Now, behold, because of the thing which you, my servant Oliver Cowdery, have desired to know of me, I give unto you these words: Behold, I have manifested unto you, by my Spirit in many instances, that the things which you have written are true; wherefore you know that they are true. And if you know that they are true, behold, I give unto you a commandment, that you rely upon the things which are written; For in them are all things written concerning the foundation of my church, my gospel, and my rock.”

D&C 19:26-27 (revelation through Joseph Smith to Martin Harris, Manchester, New York, March 1830): “And again, I command thee that thou shalt not covet thine own property, but impart it freely to the printing of the Book of Mormon, which contains the truth and the word of God—Which is my word to the Gentile, that soon it may go to the Jew, of whom the Lamanites are a remnant, that they may believe the gospel, and look not for a Messiah to come who has already come.”

D&C 20:2, 8-15(revelation recorded soon after April 6, 1830, the day the Church was organized):“Joseph Smith…was called of God…[Who] gave him power from on high, by the means which were before prepared, to translatethe Book of Mormon; Which contains a record of a fallen people, and the fulness of the gospel of Jesus Christ to the Gentiles and to the Jews also; Which was given by inspiration, and is confirmed to others by the ministering of angels, and is declared unto the world by them—Proving to the world that the holy scriptures are true, and that God does inspire men and call them to his holy work in this age and generation, as well as in generations of old; Thereby showing that he is the same God yesterday, today, and forever. Amen. Therefore, having so great witnesses, by them shall the world be judged, even as many as shall hereafter come to a knowledge of this work. And those who receive it in faith, and work righteousness, shall receive a crown of eternal life; But those who harden their hearts in unbelief, and reject it, it shall turn to their own condemnation.

D&C 1:29 (the Lord’s preface to the Doctrine and Covenants): Joseph Smith “received the record of the Nephites” and was given “power to translate [it] through the mercy of God, by the power of God.”

D&C 33:16 (revelation given through Joseph Smith at Fayette, New York, October 1830): “The Book of Mormon and the holy scriptures are given of me for your instruction.”

D&C 42:12 (revelation containing the “law of the Lord,” given at Kirtland, Ohio, February 1831): “And again, the elders, priests and teachers of this church shall teach the principles of my gospel, which are in the Bible and the Book of Mormon, in the which is the fulness of the gospel.”

Moses 7:62 (revelation to Enoch): “And righteousness will I send down out of heaven; and truth will I send forth out of the earth, to bear testimony of mine Only Begotten; his resurrection from the dead; yea, and also the resurrection of all men; and righteousness and truth will I cause to sweep the earth as with a flood, to gather out mine elect from the four quarters of the earth, unto a place which I shall prepare, an Holy City, that my people may gird up their loins, and be looking forth for the time of my coming; for there shall be my tabernacle, and it shall be called Zion, a New Jerusalem.”

That’s quite an impressive collection of statements—in fact, we’d be hard-pressed to find that many endorsements by the Savior about any other single book. That’s something to seriously contemplate when we celebrate the 200th anniversary of the Book of Mormon’s publication a few years from now in March 2030.