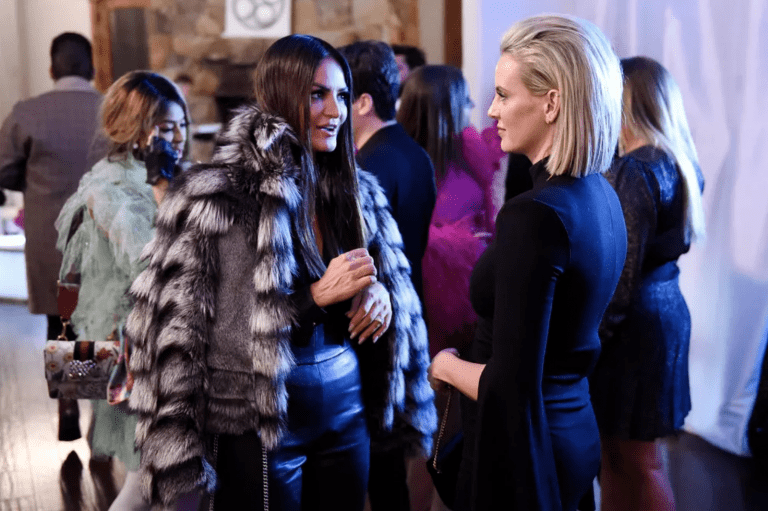 The premiere episode delivers what you’d expect to see in a show about the elite Utah class. And indeed, religion does play a prominent part. That elite circle includes Lisa Barlow (she considers herself “Mormon 2.0” or “not one to adhere to all of the traditional and strict Mormon rules”), Mary Cosby, (Pentecostal) Heather Gay (who describes herself as “Mormon-ish”), Meredith Marks (Jewish), Whitney Rose (former Latter-day Saint) and Jen Shah (Muslim). There are parties, liquor, mountains, skies and so much more.

You get the puffy snow jackets, a sprinkle of the tech and business world, a look at Sundance, and a few nods to Harmons and super-sized sodas. Utah’s unique culture is definitely there.

But let’s fact check the premiere. The first episode of “The Real Housewives of Salt Lake City” comes with some misinformation, slight digs and negativity about the church which is headquartered in Utah’s capital city. The show makes false assumptions and is littered with inaccuracies about the church, Salt Lake City residents and the entire vibe of the area.

Should you watch it?

“Real Housewives of Salt Lake City” is not the show for you and your family. It’s full of digs at Utah culture, church members and the general vibe from the city that will make any Utah diehard squirm or even surge with anger. Plus, there are moments where you see these people, who live in Utah, make fun of the Utah culture. Criticism is fine — and yes, there’s plenty to criticize about Utah or any state (except my home state, Massachusetts, of course) — but it’s a little weird when this elite class is digging at the kingdom they reign over.

Thank goodness I have a hobby that is more fulfilling than wasting my time with so called reality tv. I’ll take sewing over anything like this.

I agree with Bro. Craycroft---he was my Bishop when we lived in Provo in the fall of 1972 (my wife, baby girl, and I lived in the ward---the rampant immorality in these shows is also offensive)