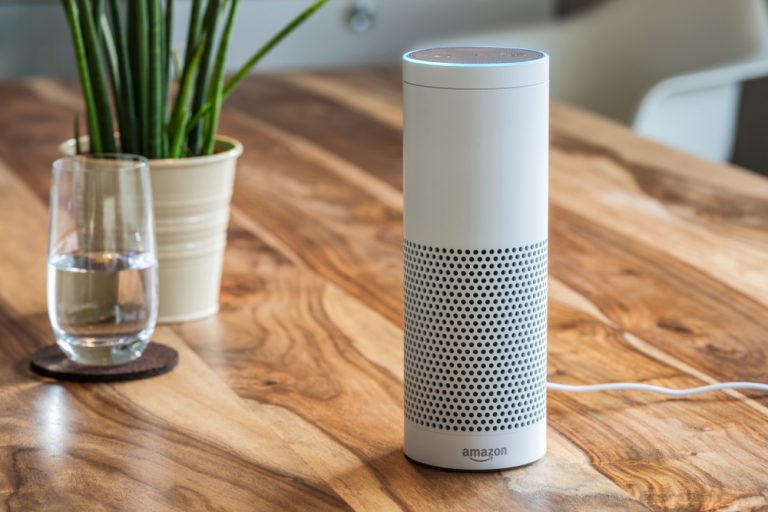 Computer-assisting devices are getting to be the norm. When my wife asked me if I wanted to get one, I told her that if a machine could look up information when a person asked for it, it could also listen in on private conversations. She considered that and agreed with me, so we have never joined in on this new technology craze.

That doesn’t mean we haven’t experienced it. My sister purchased an Amazon Alexa for my mother. My mother was leery of it at first. If she was talking to herself and asked herself a question to consider, the little device would answer her. It would scare her when it spoke and she wasn’t expecting it. But living alone, it wasn’t long before it became her companion.

Mom realized she needed help now and then, so she decided to move into an assisted living center. We lived closest to her, so we helped her get settled. We had barely finished getting everything arranged the way she wanted when she reminded me that she needed her Alexa connected to the internet. Once it was set up, she tested it out. She was relieved to hear its familiar voice.

I visited her often and watched her with her little computerized friend. One day she was extolling the virtues of the machine. “Watch this,” she said. She then turned to the machine. “Alexa, what is the weather like outside?” The little device told her the temperature, humidity, and the twenty-four-hour forecast.

“But aren’t you worried about it listening in on you and collecting data?” I asked.

“I don’t know,” I replied. “But if it can hear you ask a question, it can hear any other conversation you have. Doesn’t that concern you?”

“Heavens no,” Mom replied. “What secrets do I have?”

“I’m not sure that is exactly the point,” I replied.

The little device told an old joke about a chicken crossing the road. It was only mildly funny, but Mom laughed and laughed.

But I soon realized that Mom didn’t even get the humor of the joke. What she thought was funny wasn’t what was said, but it was that she could talk to a little box and have it make a mostly sensible reply back to her. “You really ought to get one of these,” she said.

A few days later, I was listening to the news on my way home from work. They told a story of a lady who was watching a mega-church pastor on television one Sunday. He was talking about how technology had made our lives so impersonal anymore. The commentator told how the preacher said, “We hardly even communicate face-to-face at all.”

I thought that was interesting, considering the lady was watching church on television instead of attending in person.

The news commentator said the pastor continued. “We often don’t even go to the store anymore to buy what we need. We just say, ‘Alexa, order me a truckload of toilet paper from Amazon.’ And then a day or so later, the toilet paper arrives.”

The news commentator then said that a few days after the lady had watched that Sunday church meeting, a big truck pulled up to her house. The driver got out and said, “Lady, where do you want this truckload of toilet paper?” The Alexa had heard the pastor and ordered the toilet paper for her.

It probably turned out well for the lady. It wasn’t long before Covid hit, and she probably made a killing on the toilet paper. But I doubt I’ll be ordering that kind of machine anytime soon.

I bought an Alexa for my husband for his birthday so he could easily listen to his music (he is disabled). A couple of months ago, a friend came over with a new gadget to show my husband. We never looked online for any information regarding this gadget. It was only the conversation between my husband and his friend that contained any interest in the gadget. The next day in my FaceBook feed and Amazon advertisements, there were all kinds of testimonials and advertisements regarding this gadget. I'm convinced Alexa was listening to the conversation. Otherwise, why would this have happend?

Alexa helps with everyday tasks. Turns on or off lights without getting out of bed, Turns on/off fans and opens/closes my driveway gate. Reads me daily verses from the Book of Mormon every morning, completing it every year. (done it for several years now). Gives me a "Flash Briefing" weather and national news from CNN, FOX and Public Broadcast Radio while I'm getting dressed and shaving. Indispensable!