The Protect Life Rule: Standing Up for the Unborn | Meridian Magazine 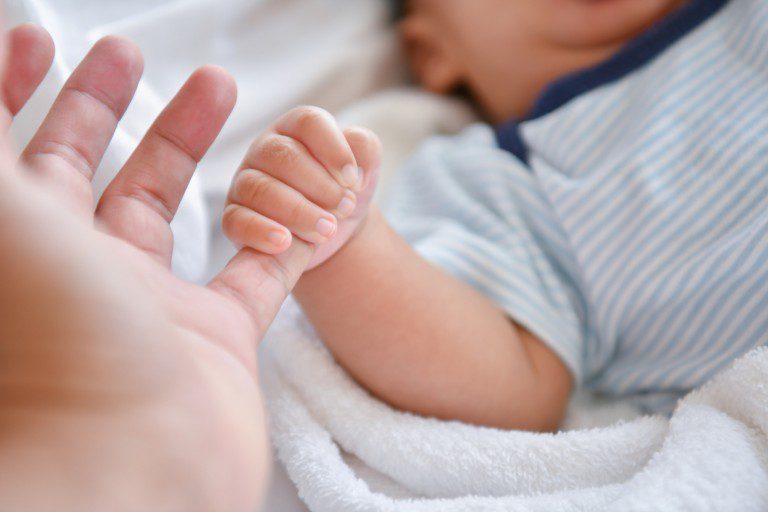 The Protect Life Rule: Standing Up for the Unborn

Joanne was a young graduate student when she became pregnant. She and her boyfriend were still together on February 24, 1955 when she gave birth to a little boy, but they were not married. These were the days before Roe v. Wade, when abortion became legal throughout the United States. Back then most women in Joanne’s situation gave their child up for adoption. And that is what she did. Her little boy went to a loving home, in a solidly middle class neighborhood. And he went on to fundamentally change the world of technology, communications, and entertainment. His name was Steve Jobs and your life is different because he lived.

Steve was lucky. He was born before the response to an inconvenient pregnancy meant almost certain termination for the child. Today, an estimated 56 million babies are aborted every year. At the United Nations abortion is, ironically, called a human right. Policy-makers promote abortion by using terms such as Sexual and Reproductive Health and Rights (SRHR). These “rights,” it is argued, form the foundation for women’s autonomy and full participation in the workplace, creating conflict between women and their own biology and pitting their interests against their own children. UN agencies pressure countries that value life to expand abortion rights through threats and bullying, and they partner with independent organizations to implement their agenda.

Pope Francis has called this pressure “ideological colonization.” The Mission of the Holy See at the United Nations regularly speaks out against this attempt by “powerful and wealthy donors to compel developing countries that were once militarily and economically colonized to accept secularized practices with regard to human sexuality, life, family and even basic anthropology, as a condition for the reception of development assistance.”

Planned Parenthood claims that the majority of its business comes from women’s healthcare other than abortion. That is what we call a statistical sleight of hand, or fabrication, to be polite. Planned Parenthood accomplishes this by breaking down all the services that one client receives. Let’s say a pregnant woman visits a Planned Parenthood clinic. Her visit will often include a pregnancy test, a pap smear, an HIV test, an STI test, an abortion, pregnancy prevention counseling and implantation of long-term birth control. That would be several “services” for one client, but each would be counted separately for reporting purposes as though they were performed on separate clients. Clever.

Planned Parenthood also likes to claim that their clinics are often the only source of “life-saving care,” providing general health care for men and women. However, in the 2015-2016 fiscal year, only 40,000 services provided in all Planned Parenthood facilities combined could be considered family-practice care. That was out of 9.5 million services. Rarely does a facility provide prenatal care. Instead, the PPFA imposes abortion quotas on its clinics. If people are in need of truly life-saving care, they can find more comprehensive services at the thousands of community health care clinics around the country that outnumber Planned Parenthood facilities 20 to 1.

Really defunding Planned Parenthood once and for all

In June, the Department of Health and Human Services issued a proposal for a new rule that pro-life advocates are calling the “Protect Life Rule.” If adopted, the rule would stop funding of abortion providers through Title X’s family planning program. Organizations that perform, promote, offer referrals for, or lobby for abortion must maintain a “bright line” of separation between Title X services and abortion, meaning abortion providers that offer Title X services cannot do so in the same facilities and clinics where they perform abortions. This would also reverse a regulation from the Clinton years that required Title X grantees to provide abortion counseling and referrals.

Currently Title X money can indirectly support abortion by subsidizing the cost of facilities that perform both abortion and family planning services. Implementation of the Protect Life Rule will keep Title X funds from mixing with abortion services.

How you can help

Approximately 60 million babies have been aborted in the United States since Roe v. Wade, and hundreds of millions more worldwide since the United Nations and its agencies have embraced the legalization of abortion. How many lives were snuffed out before they could make their own mark on this world? We should be better than this. We are better than this. You can lend your voice in defending life and ending the taxpayer funding of Planned Parenthood. Urge the Department of Health and Human Services to implement the Protect Life Rule.

It’s time to stop government funding of the largest provider of abortions in the United States.

60 million abortions since Roe V Wade. As a nation, we are far more wicked than the ancient Hebrews who "... built the high places of Baal, which are in the valley of the son of Hinnom, to cause their sons and their daughters to pass through the afire unto Molech; which I commanded them not, neither came it into my mind, that they should do this abomination, to cause Judah to sin." Jeremiah 32:35 (I might also note that Jeremiah was the prophet just before Judah was taken captive into Babylon - scary thought).

Hello Viola, If you follow the links, March for Life will continue to forward your comments to HHS and your representatives until there is a decision made.