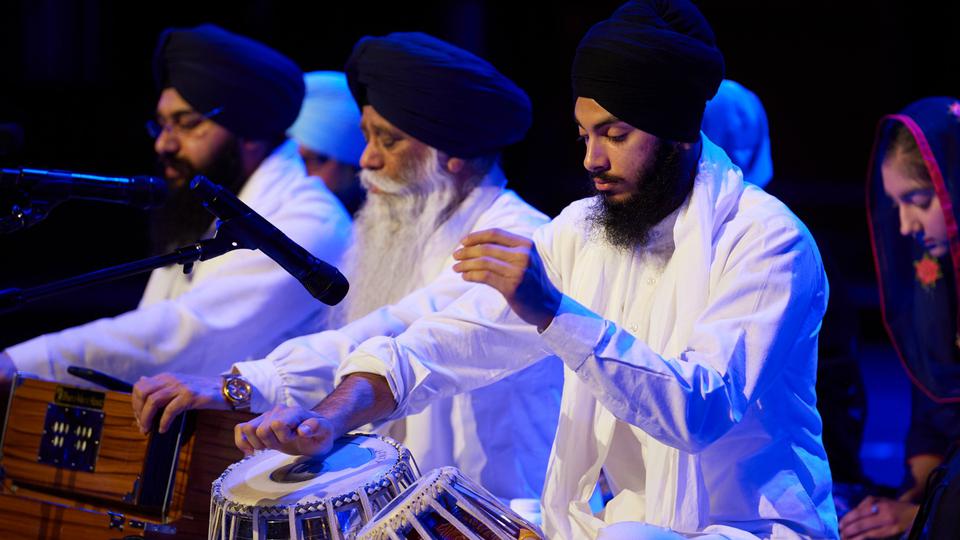 The Promise of Communal Peace: Church Hosts Interfaith Evening in the Tabernacle

The scene Sunday night, March 8, 2020, inside the Tabernacle on Temple Square featured a diverse sampling of the religious world all in one place. Muslims, Jews, a Native American spiritual leader and healer, Presbyterians, Buddhists, Baha’i, Sikhs, Catholics, Hindus and Latter-day Saints came together to share music, dance and scripture for the annual interfaith concert (now in its 18th year) hosted by the Salt Lake Interfaith Roundtable.

The theme of Sunday’s concert was “Many Faiths, One Family.”

“The title by itself is really telling, isn’t it?” said Elder Walter F. González of the Seventy in his welcome message. “This event stands as a symbol that we can do things together to bless the lives of others. As we do so, we can enjoy mutual respect, understanding, appreciation — symptoms of harmony and love, which will lead all of us to a better society.”

The evening’s opening devotions began with a Muslim call to prayer from Mubarak Okasha of the Islamic Society of Greater Salt Lake. Such calls to prayer are done five times a day by adherents of Islam.

Larry Green and Rabbi Alan Bachman then offered a Jewish shofar devotion. The shofar, typically a cleaned-out ram’s horn, has Jewish roots in the Hebrew Bible (see, for example, Exodus 19). The horn plays an important role in Jewish religious observance, especially during Rosh Hashanah and at the end of Yom Kippur.

Lacee Harris, a spiritual leader and healer with the Northern Ute and Northern Paiute tribes, concluded the devotional part of the program with an invocation of blessing on all present in his native tongue.

To read the full report on the event, CLICK HERE.