How Was the Joseph Knight Family Important to Bringing Forth the Book of Mormon? | Meridian Magazine 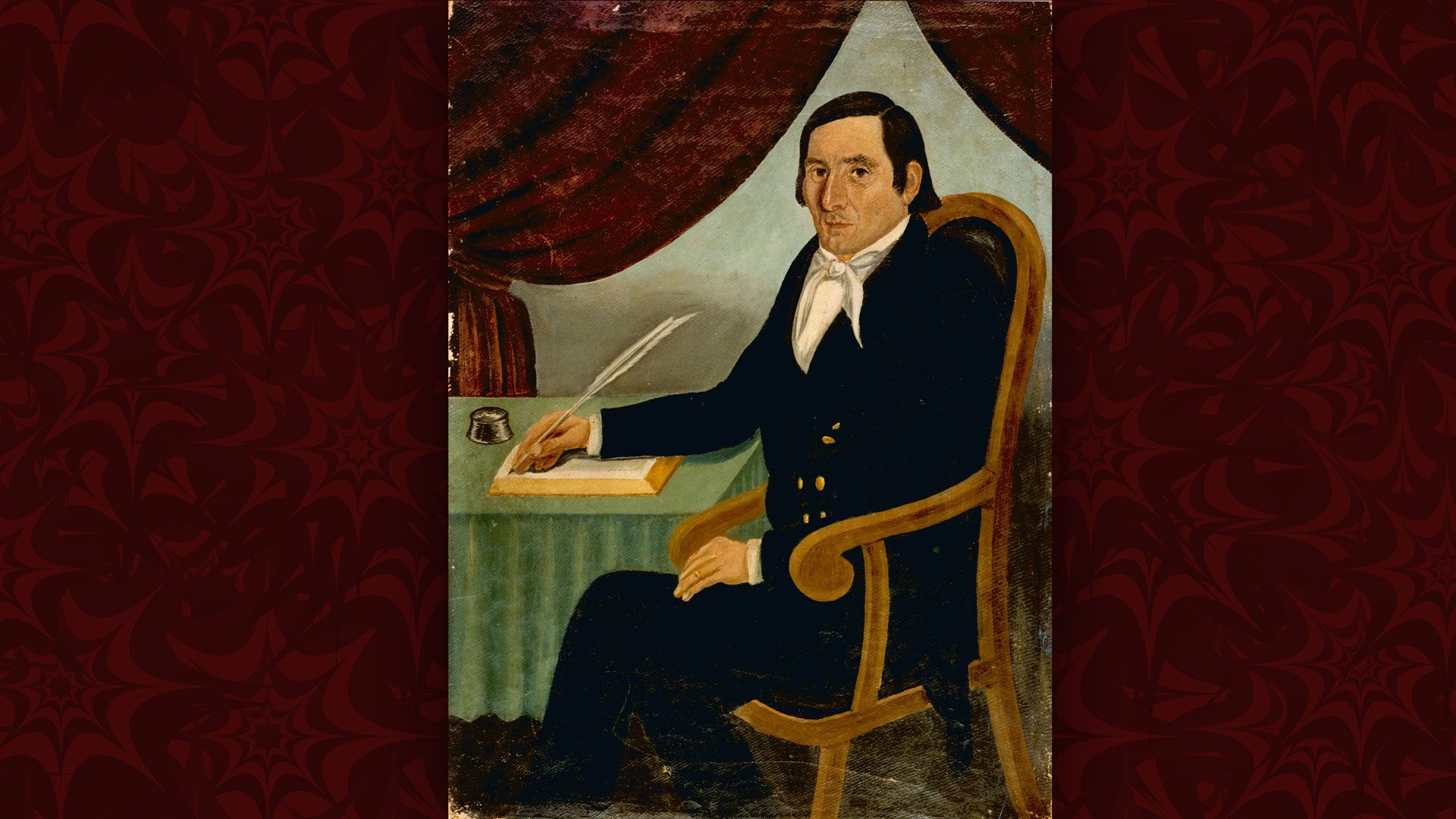 How Was the Joseph Knight Family Important to Bringing Forth the Book of Mormon?

“Behold, I speak unto you, keep my commandments, and seek to bring forth and establish the cause of Zion” Doctrine and Covenants 12:6

From November 1826 to January 1827, Joseph Smith did manual labor for Joseph Knight Sr. and lodged with his family in Colesville, New York.1 Arriving at the Knights’ homestead only weeks after his fourth annual visit with Moroni at the hill Cumorah, Joseph quickly came to trust Joseph Knight and his sons. As Joseph Knight Jr. remembered, it was that November when Joseph “made known to my father and I that he had seen a vision, that a personage had appeared to him and told him where there was a gold book of ancient date buried. … I think we were the first after his father’s family” to be told about this.2

The trust between Joseph and the Knight family was mutual. As they lived and worked closely with Joseph, the Knights found him to be an honest and trustworthy young man, so much so that they couldn’t help but believe him.3 According to Newel Knight, when Joseph talked about his visions of Moroni and the gold plates, he was “so honest and plain … in all his statements that there was no room for any misgivings with me on the subject.”4

When the time came to retrieve the plates almost a year later, on September 22, 1827, Joseph Knight Sr. was staying the night at the Smith farm. Joseph Smith took Knight’s horse and wagon to the hill Cumorah to retrieve the plates and the interpreters (the Urim and Thummim).5 When Joseph returned, Knight said he gave a description of the plates, mentioning “the length and width and thickness of the plates.” But, Knight remembered, Joseph “seemed to think more of the glasses or the Urim and Thummim than he did the plates.” Joseph told Knight, “I can see anything; they are marvelous.”6

Later, in the winter of 1828, Joseph and Emma came to Knight seeking his assistance. Joseph was trying to make progress on the translation of the Book of Mormon, but he was limited by various factors, including their poor financial circumstances and Joseph’s need to work in order to provide for their needs. Knight remember that he personally “was not in easy circumstances” at the time, but he gave them “some little provisions.” Then in early 1829, Knight gave Joseph “a little money to buy paper to translate.”7

After Oliver Cowdery arrived in April 1829, Joseph and Oliver began making rapid progress on the translation.8 By the later part of May, they had run out of paper and other provisions, and so Oliver and Joseph went to Colesville (about thirty miles away) to see if Knight could assist them.9 Knight was away at the time, but when he returned home, his family informed him of Joseph and Oliver’s request for assistance. Immediately, Knight bought large quantities of fish, grain, and potatoes, along with “some lined paper for writing” and went down to Harmony. When he arrived, Joseph and Oliver were out looking for work. As Knight recalled, “They returned home and found me there with provisions, and they were glad.”10

According to Joseph Smith, it was on this occasion that he received the revelation now canonized as Doctrine and Covenants 12 on behalf of Joseph Knight Sr.11 In the revelation, the Lord informed Knight that “a great and marvelous work” was “about to come forth,” and told him to “keep my commandments, and seek to bring forth and establish the cause of Zion” (D&C 12:1, 6). Knight followed this commission, and through his efforts much of his extended family network were converted to the gospel, forming the core of the Colesville branch in the early Church.12

Joseph Knight Sr. and his family were among some of Joseph Smith’s earliest supporters, providing much needed resources, especially during the crucial period of Book of Mormon translation.13 Thus, Joseph Knight Sr. was no doubt already engaged in establishing the cause of Zion by the time the Lord expressly commissioned him to do just that in May 1829. Without Joseph Knight’s assistance, it is hard to imagine how the Book of Mormon could have been brought forth. As William G. Hartley noted:

Furthermore, Knight left the world a written account of earliest events in the history of the Church, sometime before he died in 1847.15 Hartley observed that this account provides “details about the coming forth of the Book of Mormon not recorded by anyone else.”16 Some of those unique details pertain to the visits of Moroni between 1823–1827. Speaking of Joseph Knight Sr.’s account, Hartley explained:

Father Knight’s history records what he had heard about Moroni’s visits with Joseph Smith. His small history is an important document, a valuable record concerning the beginnings of Mormonism. Although his recollection contains some unfamiliar elements not in Joseph Smith’s accounts, it supports fully the young man’s testimony that an angel repeatedly visited him, instructed him, showed him the plates, and forbade him to remove them from the hill until later.17

His sons Newel and Joseph Jr. also recorded valuable first-hand information about Joseph’s life and character during the years surrounding the coming forth of the Book of Mormon and the founding of the Church.18 These sources offer a close-up view of Joseph Smith that few people outside his immediate family could ever have provided. Thus, not only did the Knight family provide much needed physical assistance in bringing forth the Book of Mormon, through their personal histories and testimonial recollections, they continue to assist interested readers today in better understanding the events of that brought forth the Book of Mormon from darkness unto light.

The Prophet Joseph Smith greatly appreciated the support he received from the Knight family. Unlike Martin Harris, Oliver Cowdery, and most of the Whitmer clan, the Knights remained loyal to Joseph until the end. Toward the end of his life, while reflecting on “the virtues and the good qualities and characteristics of the faithful few,” Joseph penned a grateful tribute to all those who had “stood by me in every hour of peril, for these fifteen long years past.” The very first person he named was Joseph Knight Sr., the “aged and beloved brother”:

who was among the number of the first to administer to my necessities, while I was laboring, in the commencement of the bringing forth of the work of the Lord, and laying the foundation of the Church of Jesus Christ of Latter Day Saints: for fifteen years has he been faithful and true, and even-handed and exemplary, and virtuous and kind, never deviating to the right hand nor the left. Behold he is a righteous man. May God Almighty lengthen out the old man[’]s days.19

Joseph Smith then went on to honor Father Knight’s sons, Newel and Joseph Jr., “whose names I record in the Book of the Law of the Lord with unspeakable delight, for they are my friends.”20 Latter-day Saints and all friends of truth today should likewise appreciate, celebrate, and strive to emulate the important contributions of the Knight family, bringing forth and further establishing “the cause of Zion,” as the righteous are commissioned by the Lord to do (D&C 12:6).

Larry E. Morris, “The Knight and Whitmer Families,” in Revelations in Context: The Stories Behind the Sections of the Doctrine and Covenants, ed. Matthew McBride and James Goldberg (Salt Lake City, UT: The Church of Jesus Christ of Latter-day Saints, 2016), 20–24.

1.See William G. Hartley, Stand By My Servant Joseph: The Story of the Joseph Knight Family and the Restoration (Salt Lake City and Provo, UT: Deseret Book and Joseph Fielding Smith Institute for LDS History, 2003), 9–12; Larry C. Porter, “The Colesville Branch and the Coming Forth of the Book of Mormon,” BYU Studies 10, no. 3 (1970): 368–369. Joseph Knight was business partners with Josiah Stowell, whom Joseph previously worked for from 1825–1826.

3.As he worked closely with Joseph, Newel Knight said, “To him I was particularly attached: his noble deportment, his faithfulness, his kind address, could not fail to gain the esteem of those who had the pleasure of his acquaintance.” Newel Knight, Autobiography and Journal, version 1, in The Rise of the Latter-day Saints: The Journals and Histories of Newel Knight, ed. Michael Hubbard MacKay and William G. Hartley (Salt Lake City and Provo, UT: Deseret Book and BYU Religious Studies Center, 2019), 5.

4.Knight, Autobiography and Journal, version 1, in Rise of the Latter-day Saints, 9. William G. Hartley, “Close Friends as Witnesses: Joseph Smith and the Joseph Knight Families,” in Joseph Smith: The Prophet, the Man, ed. Susan Easton Black and Charles D. Tate Jr. (Provo, UT: BYU Religious Studies Center, 1993), 272 quotes Newel Knight as saying, “we were very deeply impressed with the truthfulness of his statements concerning the Plates of the Book of Mormon which had been shown him by an Angel of the Lord.”

10.Jessee, “Joseph Knight’s Recollection,” 36. See also Joseph Smith, History, ca. June 1839–ca. 1841 [Draft 2], pp. 20–21: “About the same time came an old Gentleman to visit us, of whose name I wish to make honorable mention; Mr Joseph Knight Senr. of Colesville, Broom[e] County, Penn; who having heard of the manner in which we were occupying our time, very kindly and considerately brought us, a quantity of provisions, in order that we might not be interrupted in the work of translation, by the want of such necessaries of life: and I would just mention here (as in duty bound) that he several times brought us supplies (a distance of at least thirty miles) which enabled us to continue the work when otherwise we must have relinquished it for a season.”

13.The Knight family’s assistance to the Prophet stretched over 15 years, 10 migrations, dismissing repeated legal charades, providing transportation support, monetary contributions, provisions of food and supplies, building as many as 10 grist mills to furnish flour to impoverished immigrant converts, and first to live the law of consecration in this dispensation.

Wonderful--I love Doctrine and Covenants Central and am grateful to Meridian for pointing this out. What a blessing the Knight family was to Joseph and the Restoration. Surely, they were placed in Joseph's path by God to help sustain him. The food, paper etc were clearly invaluable but I can't help think that the friendship and loyalty to Joseph, for the duration, meant more to him than anything