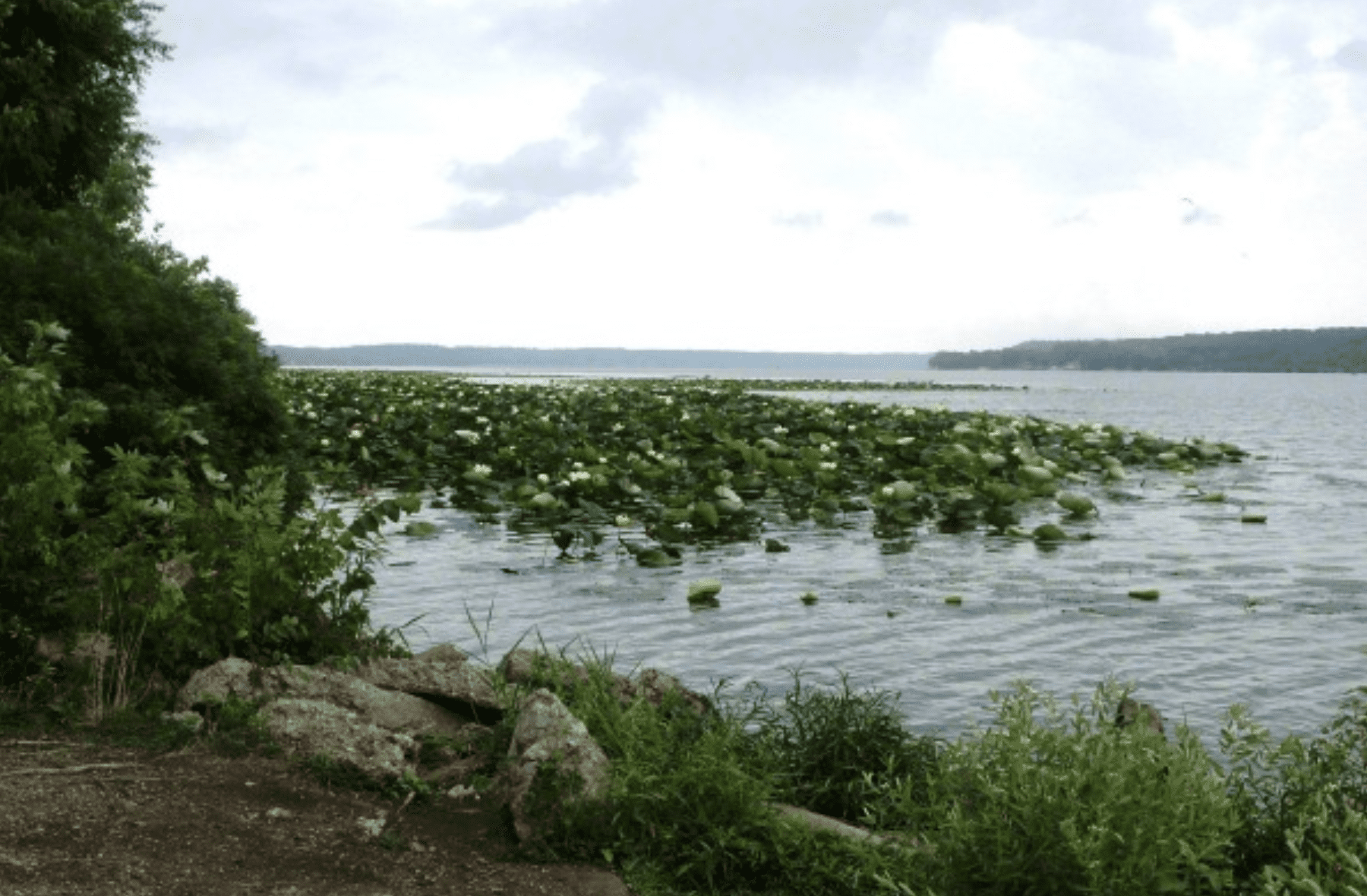 “The Prisoners Shall Go Free.”

Cover image: Water lilies on the banks of the Mississippi River near Nauvoo, Illinois. Baptisms for the dead were performed in this river until the baptistry of the Nauvoo Temple was completed.

The Babylon Bee recently had a little bit of fun with Calvinism:

But the question of the salvation of those who, in this life, were not reached by the preaching of the Gospel remains a very serious one.  And it becomes increasingly urgent as formerly segregated religious groups — e.g., Christians and Muslims, and Christians and Buddhists — come into ever closer and more frequent contact with each other and as Christians realize that devout followers of other faiths are likely just as sincere and just as concerned about acting “righteously” as they themselves are.  In earlier ages, it was all too easy to dehumanize the Other, and to imagine that non-Christians were simply, in some sense, depraved, deliberately obtuse and obstinately wicked, willfully rebellious, having consciously chosen darkness over light.  Such judgments are much more difficult to maintain as we come to know those non-Christians.

And the question became even more acute for early Latter-day Saints, who were thrilled by their opportunity to accept the newly recovered fullness of the Gospel, to receive the ordinance of baptism at the hands of divinely authorized officiators, and, after centuries during which these blessings were unavailable, to join the restored Church of Jesus Christ.  But what about their ancestors?  What about parents, grandparents, siblings, and friends who had lacked that opportunity?

A story is commonly related about the early eighth-century Frisian chieftain Radbod, or Redbed, who very nearly accepted baptism into Christianity.  Just before his baptism, however, he asked the Christian missionary who was set to perform the ritual about where his dead forefathers were.  “In hell, with all other unbelievers,” the priest coolly replied.  Hearing that answer, Radbod angrily announced that he would rather be damned in Hell with his ancestors than to “dwell with the little starveling band of Christians in heaven.”

Surely many of us can understand that sentiment.  So we should also be able to appreciate the joy that Vilate Kimball felt when she first heard Joseph Smith’s teaching about vicarious baptism for the dead:

In connection with this year’s Come Follow Me lessons, I’ve been reading Steven C. Harper’s very helpful book Making Sense of the Doctrine and Covenants: A Guided Tour through Modern Revelations (Salt Lake City: Deseret Book, 2010).  This morning, among other things, I read his discussion of Doctrine and Covenants 127 and 128, and I’ve extracted three quotations from him in that section of his book:

Early Christians believed that the Lord had planned a “rescue for the dead,” as one scholar called it; only later, largely influenced by Augustine, did Christianity apostatize from the doctrine of redemption for the dead.  Put simply, early Christians baptized each other for their kindred dead, as the apostle Paul noted in 1 Corinthians 15:29.

Professor Harper refers, for support of his comments in the paragraph above, to Jeffrey A. Trumbower, Rescue for the Dead: The Posthumous Salvation of Non-Christians in Early Christianity (New York: Oxford University Press, 2001), and Hugh Nibley, “Baptism for the Dead in Ancient Times,” in Mormonism and Early Christianity (Salt Lake City: Deseret Book and Provo, Utah: Foundation for Ancient Research and Mormon Studies, 1987).

The Saints were thrilled with the restoration of the doctrine and practice of baptism for the dead for its perfect justice and its power to weld generations.  “There is a chance for all.  Is not this a glorious doctrine?” Vilate Kimball asked her missionary husband, Heber, then serving in England.  Wilford Woodruff remembered how, when the apostles returned from England, Joseph called them “together and told us that the Lord had revealed to him a principle whereby we could go forth and redeem our dead.  It was like a shaft of light from the throne of God to our hearts.  It opened a field wide as eternity to our minds.”  Sally Carlisle wrote to her mother, “what a glorious thing it is that we believe and receive the fulness of the gospel as it is preached now an can be baptized for all our dead friends and save them as far back as we can get any knowledge of them. . . .  O Mother, if we are so happy as to have a part in the first resurrection, we shall have our children just as we laid them down in their graves.”

Having proven that baptism for the dead was practiced by the earliest Christians but not since, Hugh Nibley asked, “Where did Joseph Smith get his knowledge?  Few if any of the sources [available to us] were available to him; the best of these have been discovered only recent years, while the citations from the others are only to be found scattered at wide intervals through works so voluminous that even had they been available to the Prophet, he would, lacking modern aids, have had to spend a lifetime running them down.  And even had he found such passages, how could they have meant more to him than they did to the most celebrated divines of a thousand years, who could make nothing of them?  This is a region in which great theologians are lost and bemused; to have established a rational and satisfying doctrine and practice on grounds so dubious is indeed a tremendous achievement.”  In awe, Nibley summarized the significance of these sections of the Doctrine and Covenants:  “Work for the dead is an all-important phase of Mormonism about which the world knows virtually nothing.”

I share Joseph Smith’s canonized exultation about the newly restored doctrine and practice of vicarious baptism for the dead:

Brethren, shall we not go on in so great a cause? Go forward and not backward.  Courage, brethren; and on, on to the victory! Let your hearts rejoice, and be exceedingly glad. Let the earth break forth into singing. Let the dead speak forth anthems of eternal praise to the King Immanuel, who hath ordained, before the world was, that which would enable us to redeem them out of their prison; for the prisoners shall go free.  (Doctrine and Covenants 128:22)

I've always been curious why Christians believe baptism for the dead is a heretical principle. They have come up with dozens of reasons that it is not of God in order to protect their beliefs. I wonder if they think those early people who Paul said practiced it were Christians, or heathens???