The pandemic highlights a logical fallacy that, unless checked, could prove our undoing « Meridian Magazine 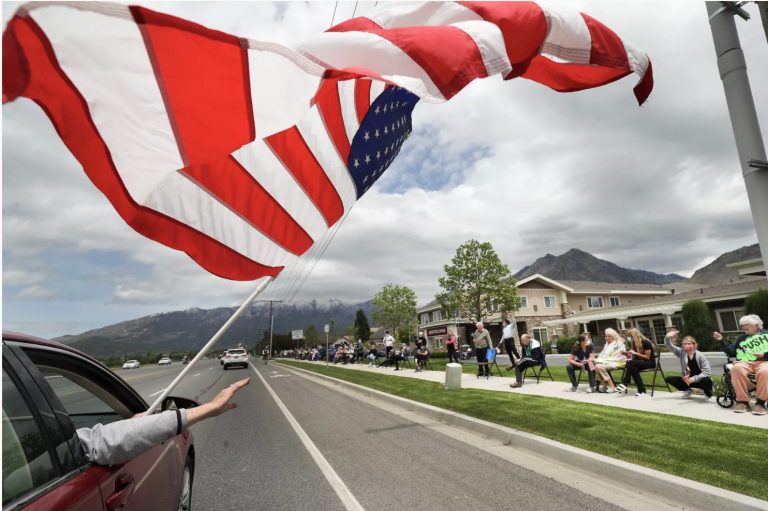 The pandemic highlights a logical fallacy that, unless checked, could prove our undoing

The following first appeared in the Deseret News.

We see it everywhere.

These are examples of an unfortunately rampant logical fallacy — the either/or fallacy (sometimes called “false dilemma” or “false dichotomy”). This kind of fallacy builds an argument on the assumption that there are only two options when, in fact, there are several, if not many. This kind of over-simplistic bifurcation is not only misleading, but can be divisive, damaging and downright dangerous. Too often it pits us against each other in extraordinarily destructive ways.

Here is the truth: Life is messy. Human beings are complicated. Issues are complex. Black-and-white thinking that fails to acknowledge this lacks sophistication, nuance and compassion. It isn’t helpful, nor is it accurate.

The truth, of course, is that we can care about both the economy and people — and most of us do. Any viable solutions must consider both. Yes, there are many who are suffering and dying as a result of COVID-19, particularly our most vulnerable populations, and, yes, we must figure out how to flatten the curve and stop the spread, and, yes, this will require sacrifice on the part of every single one of us. But it’s also true that many are suffering mightily as a result of the shutdowns — again, particularly our most vulnerable populations. Businesses are going bankrupt, corporate profits have plummeted, home prices have fallen, there have been wild swings in the stock market and unemployment is the highest it’s been since the Great Depression. It’s hard to see how we’re going to recover from this.

And yet, we will. It’s going to require innovative thinking and creativity though. And unity. And an acknowledgement of the complexities of the situation.

It’s been said that one of the hallmarks of maturity and intelligence is the ability to hold opposing ideas/positions in mind and see the truth in both. It’s even more impressive and important to be able to hold multiple points of view in mind and carefully consider them all in order to discern truth and find a solution.

We must learn to embrace nuance, for therein truth is found. We must be sophisticated and mature enough in our thinking that we can recognize and eschew logical fallacies and be comfortable with paradox.

Politics (and, indeed, life) is full of paradox — seemingly contradictory ideas that are nonetheless true. Truth lies in paradox. And as scholar and essayist Eugene England argues, paradox can be redemptive rather than polarizing.

Paradox requires an inclusive perspective (not “either/or,” but rather “both/and”), and is, therefore, the perfect antidote to the polarizing false dilemma fallacy we are so often presented with in politics.

Paradox implies both the tension and resolution of seemingly conflicting ideas or values (justice and mercy, for example). As humans, we can grapple with these tensions and find resolutions anchored in truth. We can both uphold the law and be compassionate. We can value both safety and freedom. We can honor both the individual and the group. As in all things, our Savior, Jesus Christ, showed us the way.

Sharlee Mullins Glenn, a writer and teacher, founded Mormon Women for Ethical Government in 2017. She is currently an executive officer of The Everyone Belongs Project.

It is a only by listening to those who disagree with us that we will be able to influence them. Telling them what to do won't change their minds.

I am with you except the abortion issue. We all need to do what we can to end abortion. We need to ask ourselves why am I indifferent to what is happening with the killing of babies and why am I not adding my voice to the fight to end it.