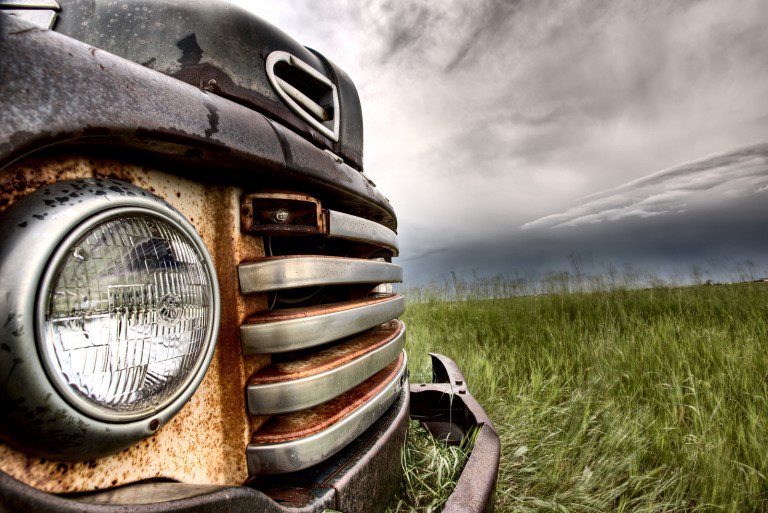 I saw a friend of mine, Alex, driving a new pickup, and I was excited for him. But I was also somewhat surprised. I knew he loved his old truck, yet I realized I hadn’t seen it in front of his house for a few days. I was happy that he had finally been able to focus clearly on how useless the old truck was so he could buy a new one.

Have you ever spent an inordinate, unreasonable amount of time on an inanimate object? I know I have. Usually it’s something I am sure I can fix myself. Recently it has been an old tiller. It seems I just get one thing fixed on it and something else breaks down.

For Alex, the inanimate object he had spent all of his time on was the old truck. I don’t know why he was so attached to it. I don’t think he even knew. Maybe in his youth he had dreamed of owning one like it, and that dream had instilled itself in his subconscious. Whatever the reason was, he loved the truck.

But the truck had long ago outlived its usefulness. It backfired like the blast of a rifle shot, it smoked like an addict, and the gas mileage was measured in gallons per mile not miles per gallon. It spent more time in pieces in Alex’s yard than driving on the road. Almost every Saturday, and many evenings, Alex could be found tinkering on his truck.

“I don’t know a lot about the cost of auto parts,” Alex’s wife told me, “ but I think Alex might have been able to buy a new truck twice over with the money he’s spent on that old truck.”

“What parts has he put into it?” I asked.

“He started out by replacing the engine,” she said. “It had been going through so much oil we would pull into the gas station and add two quarts of oil and top the gas tank with one quart of gas. The engine change took a year. And in putting the engine back in, somehow the wiring was destroyed. So he had to replace all of that. But the fuses weren’t the right ones, so when the electrical system overcharged, it blew out all of the lights. But he finally got it running, and do you know what I said to him when he did?”

“I said, ‘Alex, why don’t you sell that old thing while it’s running and you can get some money for it?’ But he said that was silly because after putting all of the money into it for a new engine and new wiring, he wanted to get his money’s worth out of driving it. Besides, he said it would be just as good as new.”

“I saw him replace the engine,” I said. “But I didn’t see him drive it much after that.”

“Of course not,” Alex’s wife replied, displaying her annoyance. “We hadn’t driven a hundred miles on the new engine when the transmission went out. Do you know how much a transmission costs? We would have been further ahead selling the old hunk of metal for scrap.”

Our conversation had been some time back, so when I saw Alex driving the new pickup, I was happy for them. I figured Alex had finally been able to break himself away from the old truck. I saw him at a community gathering and thought I would ask him about.

“So I see you got yourself a new pickup,” I said.

Before he could answer, another friend jumped into the conversation. “Alex, you know you should have sold that old truck when it was running.”

I wondered what that had to do with Alex borrowing the new pickup, but I thought it might not be the best time to ask anymore. I also wondered what had happened to the old truck. But a little while later, I saw Alex and his wife go by in the new pickup. I smiled and waved, but they seemed intent on wherever they were going. A short time later, they came back towing the old truck. They parked it by their house, and Alex starting working on it again.

I shook my head, smiled, and went back to work on my tiller.