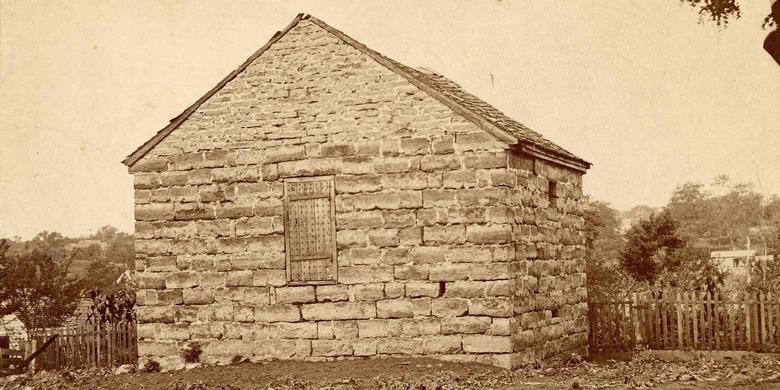 LDS Perspectives is pleased to announce a new podcast interview with David W. Grua, a historian and documentary editor with the Joseph Smith Papers. David holds a Ph.D. in American History from Texas Christian University and an M.A. and B.A. from Brigham Young University. He is the author of Surviving Wounded Knee: The Lakotas and the Politics of Memory (Oxford, 2016), which was named a Choice Outstanding Academic Title and was awarded the Robert M. Utley Prize from the Western History Association.

David worked five years as a research assistant for the Joseph Smith Papers while a student at BYU and has spent the last four and a half years as a volume editor. In David’s work for the project, he specializes in the Mormon experience in Missouri, Mormon-Indian relations, and Joseph Smith’s legal papers.

This was a tumultuous period in the life of Joseph Smith and the history of the church, marked by internal dissent, the abandonment of Kirtland, Ohio, as church headquarters, the outbreak of violence with anti-Mormons in Missouri, the emergence of the Danite Society, the Missouri–Mormon War, Governor Lilburn W. Boggs’s infamous “extermination order,” Joseph Smith’s imprisonment in Liberty, Missouri, and the exodus and relocation of the Saints to Illinois.

This was also a time characterized by spiritual outpourings and revelation, with the Prophet dictating D&C 115–120, writing the letters that included D&C 121–123, and delivering several doctrinally-rich discourses to the Twelve Apostles as they prepared for their mission to England. Taunalyn and David review this history in detail and the documents published in the volume.

David also discusses his “Joseph Smith’s Missouri Prison Letters and the Mormon Textual Community,” an essay that will be published in Foundational Texts of Mormonism: Examining Major Early Sources in February 2018 from Oxford University Press. The book is edited by Joseph Smith Papers scholars Mark Ashurst-McGee, Robin Scott Jensen, and Sharalyn D. Howcroft. David’s chapter grew out of research conducted while editing the extant letters composed by Joseph Smith to church members while he was in Missouri state custody for Documents, Volume 6. The essay provides a fine-grained analysis of the prophet’s approach to writing the letters. While in state custody, Joseph wrote five handwritten missives for his wife, Emma Smith. Relying on scribes, Joseph also composed three general epistles addressed to the church as a whole. David places Joseph’s letters in conversation with other famous “prison letters” written by the Apostle Paul, Protestant and Catholic prisoners during the Reformation, and Martin Luther King during the Civil Rights Movement. David concludes that while Joseph Smith’s focus on the meaning of suffering was similar to the other letter writers, the prophet differed from the others by connecting suffering with divine revelation.

Join us for this fascinating podcast.