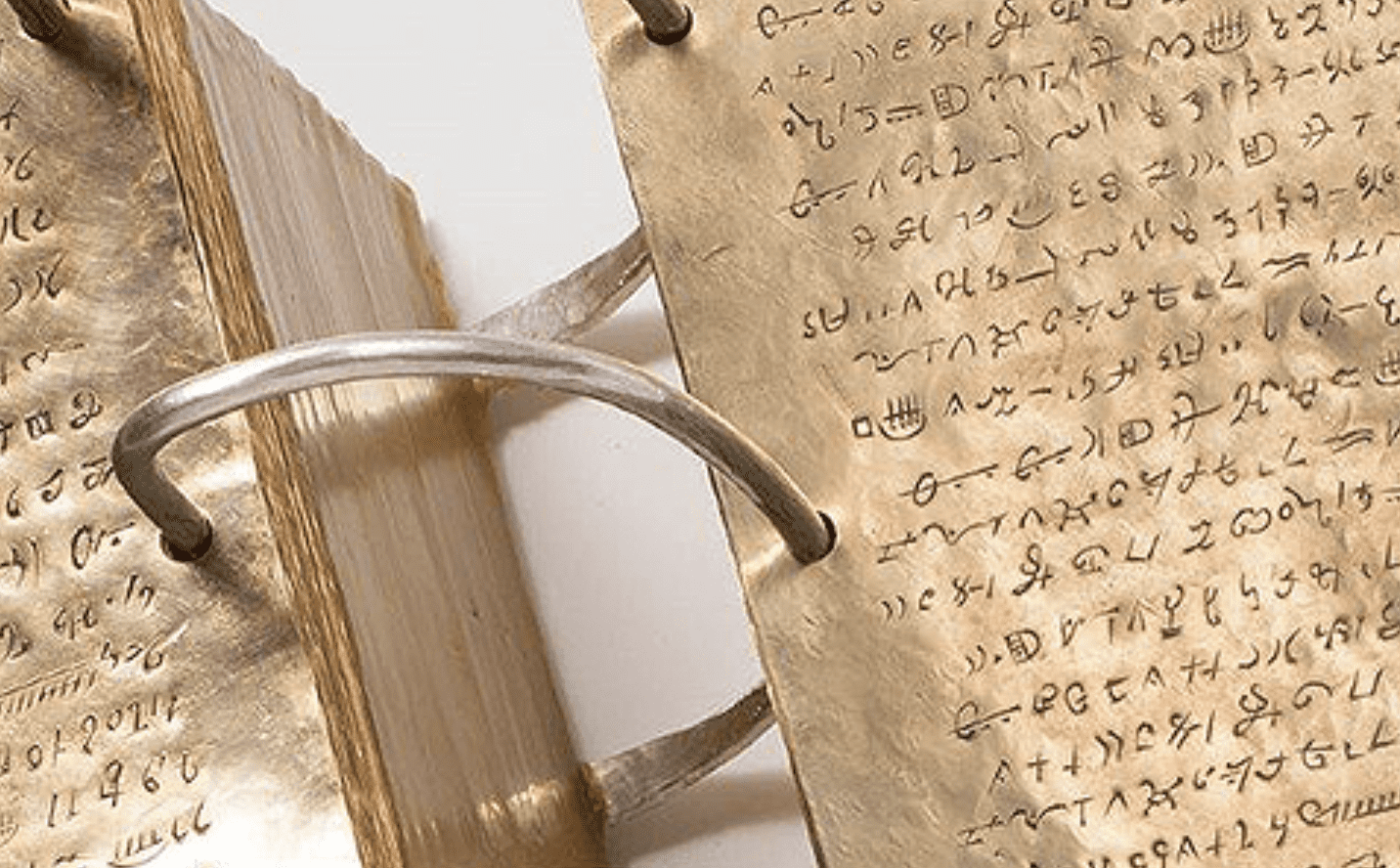 The Miracle of Joseph Smith Discovering and Translating an Ancient Record

The fact that Joseph Smith actually discovered an ancient record is remarkable. But translating it so quickly was an even greater miracle. Truly the Book of Mormon is, as the Lord described it, “a marvelous work and a wonder.” Even so, the printed text of the book is still its own best evidence of historic, ancient authenticity.

Joseph was told by an angel sent from God, where to find the Book of Mormon plates. In 1838 he stated: “Moroni, who deposited the plates in a hill in Manchester, Ontario county, New York, being dead and raised again therefrom, appeared unto me, and told me where they were, and gave me directions how to obtain them. I obtained them, and the Urim and Thummim with them, by the means of which I translated the plates; and thus came the Book of Mormon” (History of the Church, 3:28).

The plates are real! Many friends, family members, and other witnesses testified that the Prophet actually located metal plates inscribed with ancient Egyptian characters that they could heft and hold.

In 1842, the Prophet described the plates in amazing detail: “These records were engraven on plates which had the appearance of gold, each plate was six inches wide and eight inches long, and not quite so thick as common tin. They were filled with engravings, in Egyptian characters, and bound together in a volume as the leaves of a book, with three rings running through the whole. The volume was something near six inches in thickness, a part of which was sealed. The characters on the unsealed part were small, and beautifully engraved. The whole book exhibited many marks of antiquity in its construction, and much skill in the art of engraving. With the records was found a curious instrument, which the ancients called ‘Urim and Thummim,’ which consisted of two transparent stones set in the rim of a bow fastened to a breastplate. Through the medium of the Urim and Thummim I translated the record by the gift and power of God” (“The Wentworth Letter,” History of the Church, 4:536-541).

Elder Neal A. Maxwell of the Quorum of the Twelve Apostles shared these insights about how the process of translating the Book of Mormon was a miraculous achievement:

“One marvel is the very rapidity with which Joseph was translating﻿—at an estimated average rate of eight of our printed pages per day! The total translation time was about 65 working days. (See “How long did it take Joseph Smith to translate the Book of Mormon?” Ensign, Jan. 1988, 47.) By comparison, one able LDS translator in Japan, surrounded by reference books, language dictionaries, and translator colleagues ready to help if needed, indicated that he considered an output of one careful, final page a day to be productive. And he is retranslating from earlier Japanese to modern Japanese! More than 50 able English scholars labored for seven years, using previous translations, to produce the King James Version of the Bible, averaging about one precious page per day.

“A second marvel of the Book of Mormon translation process is that from what we know, rarely would Joseph go back, review, or revise what had already been done. There was a steady flow in the translation. The Prophet’s dictating resulted﻿—just as the compositor, John H. Gilbert, remembered﻿—in no paragraphing.

“Emma Smith said of the inspired process: ‘After meals, or after interruptions, [Joseph] would at once begin where he had left off, without either seeing the manuscript or having any portion of it read to him’ (“Last Testimony of Sister Emma,” Saints’ Herald, 1 Oct. 1879, 290). One who has dictated and been interrupted must usually resume by inquiring, ‘Now, where were we?’ Not so with the Prophet!

“If one were manufacturing a text, he would constantly need to cross-check himself, to edit, and to revise for consistency. Had the Prophet dictated and revised extensively, there would be more evidence of it. But there was no need to revise divinely supplied text. Whatever the details of the translation process, we are discussing a process that was truly astonishing!” (“By the Gift and Power of God,” Ensign, January 1997.)

Dr. Hugh W. Nibley noted that in addition to the miraculous discovery of actual plates, the spectacular translation of the record, and the impressive testimonies left by numerous witnesses, the best evidence of the Book of Mormon’s historicity as an ancient record, is to be found by simply examining the text of the book itself.

He wrote a witty parable, which cuts to the very heart of the matter. The Book of Mormon itself—not what others say or think about it—matters most, when it comes to historical authenticity. Put the gem (the Book of Mormon) to well-known tests for true ancient gems to see if it measures up or not. And does it ever! In the past 200 years of close examination, the Book of Mormon has never come up short in proving itself to be an authentic record of ancient origin. Here’s Dr. Nibley’s parable:

“A young man once long ago claimed he had found a large diamond in his field as he was plowing. He put the stone on display to the public free of charge, and everyone took sides. A psychologist showed, by citing some famous case studies, that the young man was suffering from a well-known form of delusion. An historian showed that other men have also claimed to have found diamonds in fields and been deceived. A geologist proved that there was no diamonds in the area but only quartz. The young man had been fooled by a quartz.

“When asked to inspect the stone itself, the geologist declined with a weary, tolerant smile and a kindly shake of the head. An English professor showed that the young man in describing his stone used the very same language that others had used in describing uncut diamonds: he was, therefore, simply speaking the common language of his time. A sociologist showed that only three out of 177 florists’ assistants in four major cities believed the stone was genuine. A clergyman wrote a book to show that it was not the young man but someone else who had found the stone.

“Finally an indigent jeweler named Snite pointed out that since the stone was still available for examination the answer to the question of whether it was a diamond or not had absolutely nothing to do with who found it, or whether the finder was honest or sane, or who believed him, or whether he would know a diamond from a brick, or whether diamonds had ever been found in fields, or whether people had ever been fooled by quartz or glass, but was to be answered simply and solely by putting the stone to certain well-known tests for diamonds.

“Experts on diamonds were called in. Some of them declared that they could not very well jeopardize their dignity and reputations by appearing to take the thing too seriously. To hide the bad impression thus made, someone came out with the theory that the stone was really a synthetic diamond, very skillfully made, but a fake just the same. The objection to this is that the production of a good synthetic diamond 120 years ago would have been an even more remarkable feat then the finding of a real one” (Lehi in the Desert; The World of the Jaredites; There Were Jaredites, Deseret Book and FARMS, 1988, 121-22).

Many scholars have produced papers, books and presentations analyzing every word and phrase in the Book of Mormon. The more research we do, the more genuine the historical authenticity of the text is revealed. The record is real. The translation is remarkable. And the evidences for the truthfulness of the text just keep coming.