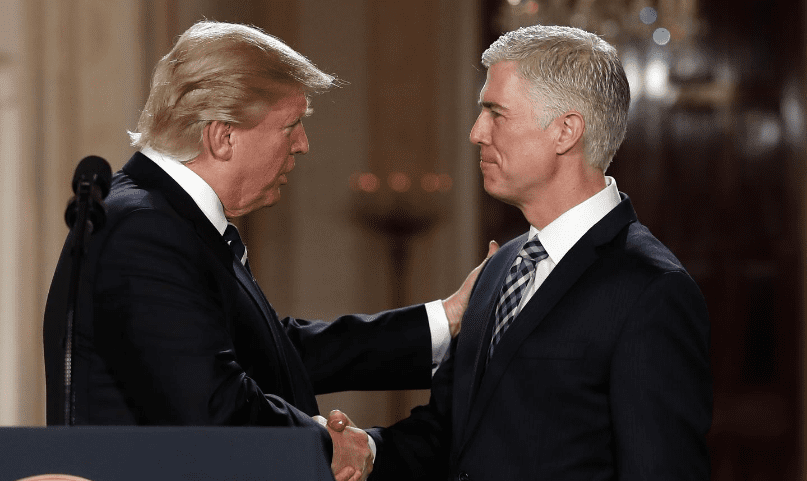 The Intellectually Weak Attacks on Gorsuch

In preparation for Judge Neil Gorsuch’s confirmation hearings, which began March 20, Senate Democrats have tried desperately to fit the exceptionally qualified nominee into their predictable and worn-out partisan storylines. In the process, they’ve done little to undermine Gorsuch’s credibility and an awful lot to demonstrate their own intellectual weakness.

One of the points the Democrats have been making is that the supposedly autocratic style of President Trump means that federal judges will need to exercise judicial independence more than ever, and that Gorsuch has somehow failed to show that independence. For example, Senator Schumer and others have complained that President Trump presented a litmus test for his nominee, promising to nominate a judge who was, for example, pro-life and pro-Second Amendment. They claim that this approach threatens judicial independence – while ignoring that their preferred candidate, Hillary Clinton, assured a Democratic audience, “I have a bunch of litmus tests,” and proceeded to name decisions she would want her nominee to overturn and Democratic policies she would want her nominee to protect.

What’s more, Judge Gorsuch is one of the most articulate defenders of judicial independence currently serving on the federal bench. He wrote in Gutierrez-Brizuela v. Lynch that judges are “insulated from political pressures with the job of interpreting the law and applying it retroactively to resolve past disputes.” In U.S. v. Nichols, he explained that “ours is supposed to be an independent judiciary making decisions based on the legal merits without respect to the vagaries of shifting political winds.” He would certainly agree with the man he’s been nominated to succeed, Justice Antonin Scalia, who said that federal judges “have life tenure . . . precisely so that we will not be influenced by politics, by threats from anybody.”

Democrats also complain that Judge Gorsuch’s textualist approach to the law, by which he interprets laws according to their plain meaning as written, makes him a judicial radical. In fact, Judge Gorsuch clearly swims in the mainstream of American jurisprudence. According to one study, 98% of the opinions he wrote for the Tenth Circuit have been unanimous, even though that court tilts to the left. Seven out of twelve of its active judges were appointed by Democrats.

Thanks to Meridian for reprinting this. There is absolutely no good reason for Gorsuch not to be confirmed and the democrats are really over-playing their hand here. The questions posed by democrats in this process really show their tiny intellect and a very poor understanding of the constitution and "original intent". They really came off looking foolish and it's nothing but politics and continued resistance to a duly, fairly elected president that they just can't believe .. beat them.

We can thank the Lord for having made possible the selection of Judge Neil Gorsuch as Supreme Court Justice. Otherwise, American morals and freedom of conscience would have been further destroyed through the selection of a liberal Judge, who would have supported Hillary Clinton's agenda towards abortion, and the prosecution of people who express their opposition to Gay Marriage for religious reasons.