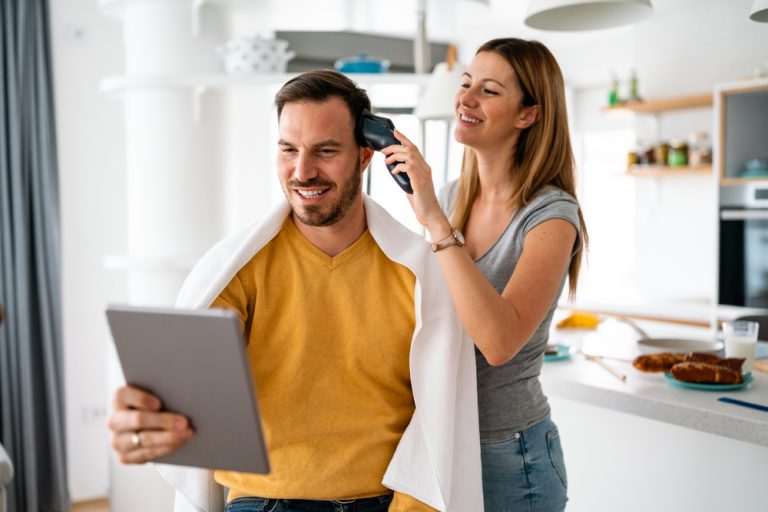 Vince and Mary were excited to get married and start their life together. They were very much in love and had lots of dreams for their future. But as plans usually work out, reality set in with the hard work of college and trying to make ends meet, and their dreams seemed far away.

The semester had barely started when they sat down together to review their budget. Both of them were going to school, and both were working part-time jobs. But the money always ran out before the month did.

“Well,” Vince said as they analyzed their income, “we don’t have any way of increasing our income. The only thing left is to find ways to cut back on our expenses.”

“We’ve cut just about everything we can,” Mary said. “What else is there?”

“I don’t want to give up our dates altogether,” Vince replied. “But maybe, instead of eating out, we can just go for ice cream.”

Mary nodded. “As long as we can spend some time together, it will be okay.”

“Maybe there are things we usually pay for that we could do ourselves to save money,” Vince said.

As they considered ideas, Vince brushed the hair from his eyes. “I really need to get my hair cut.” He paused a moment, then said, “Mary, why don’t you cut my hair?”

“Sure,” Vince replied. “It couldn’t be that hard, and a haircut costs me around twenty dollars.”

“But I’ve never cut hair before,” Mary said. “Well, not other than when I was young and got hold of some scissors. I cut my little sister’s hair, and wow, was my mom mad. They had to take my sister to a hairstylist, and to make her hair look even halfway decent, they gave her a near buzz cut.”

“But you’re older now and will be more careful,” Vince said.

“But what if I mess up?” Mary questioned. “I could never forgive myself.”

Mary reluctantly agreed. The next day, she got a book from the library on cutting hair. Using an electric hair clipper, the book made it look easy. She talked to Vince about it.

“I would say that buying the clipper is a good investment,” Vince replied. “We could pay for them in just one haircut.”

Mary bought some clippers, and that evening, Vince pulled up a chair and wrapped a towel around his neck. Mary, trembling, carefully took tiny bits off.

Vince laughed. “Don’t worry, Mary. You can’t kill me with those.”

Mary started taking off more. She was getting about done when, suddenly, she stopped. Then, after gasping, she screamed, threw the clippers on the table, and ran to the bedroom. Vince thought that was not a good omen. He looked in the mirror and couldn’t see any problem. He went to the bedroom and carefully opened the door. Mary was lying on the bed, crying.

“I cut an enormous chunk out of the back of your hair,” Mary sobbed. “You have a huge bald spot.”

“Well,” Vince laughed. “You know the old saying. ‘I know how ugly I are. I know that my face ain’t no star. But I don’t mind it because I’m behind it. It’s the ones out there get the jar.’”

Vince’s attempt at humor failed, and Mary sobbed louder, so he tried again.

“Maybe we could just shave it all off, and I could go to Halloween as Yul Brynner.”

Mary’s sobbing increased, and Vince knew his attempts to comfort her were failing.

He patted her lovingly. “Mary, it will grow back.”

Mary’s sobs gradually turned to sniffles. “But what do we do meanwhile?” she asked. “It’s very noticeable.”

Vince thought for a minute, then got an idea. He went into the bathroom and came back with some black shoe polish. “This is almost the same color as my hair. Just color in the bare spot.”

Mary looked at him like his sanity gauge was on empty, but did as he said. When she finished, she got a hand-held mirror for him to use with the bathroom mirror to see the result. They both had to admit it looked almost normal.

But it was a long time before Vince could convince Mary to cut his hair again.