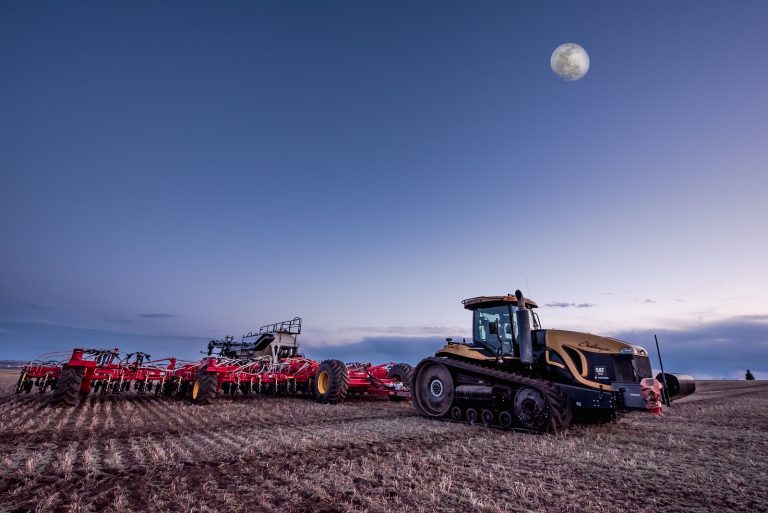 It’s planting time in our rural community. Much of the grain is in, and some of it is up just enough that the fields have a beautiful green tinge to them. In the higher country, the grain is just getting planted, and in the valley, the potato planting is moving into high gear.

As with harvest, farmers often help each other or share equipment during planting. Dean, one of the older members of our community, told a story about just such a time.

Dean didn’t have a big farm, but it was necessary to provide for his family. One year he had worked much of the spring trying to get his grain drill working. He would just get one thing fixed when something else would break down, sending him right back to the shop.

Dean could see the days going by, and the time for planting was coming to a close. He couldn’t see any way his old planter was going to work, so he started asking around to see if anyone had a grain drill they could lend him.

The first farmer he asked had his grain drill up in the high country and wouldn’t be done until after Dean needed it. The second farmer said his drill had broken down just as he was finishing his own planting. He said Dean could use it, but it would take some time to fix. And so it went with farmer after farmer. Each was willing to let Dean use their grain drill, but it wasn’t currently ready or available.

Finally, Dean called Cyrus, who had a small farm, much like Dean’s.

“Sure, you can use my grain drill,” Cyrus said. “I don’t even plan to use it this year. I have planted some hay, but I plan to put the rest of my fields into potatoes.”

Dean asked if the grain drill was ready to go or if it would need some work.

“Well,” Cyrus said, “it was working when we parked it last spring. Of course, every spring, a person would do well to grease the bearings, oil the sprockets, and things like that. But that’s all I think it should need.”

Dean felt relieved. He met Cyrus at the shed by Cyrus’s house where the grain drill was parked. Dean backed his pickup up to it as Cyrus directed him. They hitched the grain drill to Dean’s pickup, and Dean was on his way.

Dean called Cyrus. “I think you ought to come over here. There are some things in the grain drill.”

“I’m not sure what it all is,” Dean said, “but I figure you should be the one to go through it.”

It wasn’t long before Cyrus’s old Ford pulled into the yard. Cyrus got out, and the door squeaked like it would fall off. He walked over to Dean, who was standing by the grain drill. Cyrus opened the door on the hopper and stared intently, seemingly confused. He pulled out a bag.

Cyrus’s confused expression began to give way to a smile that was spreading across his face. “Oh, my diggity dang! That’s where all that stuff went to.”

“When it’s Christmas time,” Cyrus said, “my kids have figured out all the hiding places we have for their presents. So, I decided to hide them where they would never find them. But the problem was, I couldn’t remember where I put them, either. It ended up being a sparse Christmas.”

Cyrus laughed as he gathered up the packages. “I guess my family is gonna’ have Christmas in May.”

Great story from Cyrus! Wish everyone could have the same helpful attitude that farmers have for one another. Hopefully the COVID19 quarantine and all that we've learned will make us better at helping!

I think many of us have had variations of that theme in our own homes. Thanks for sharing. I needed that smile today.