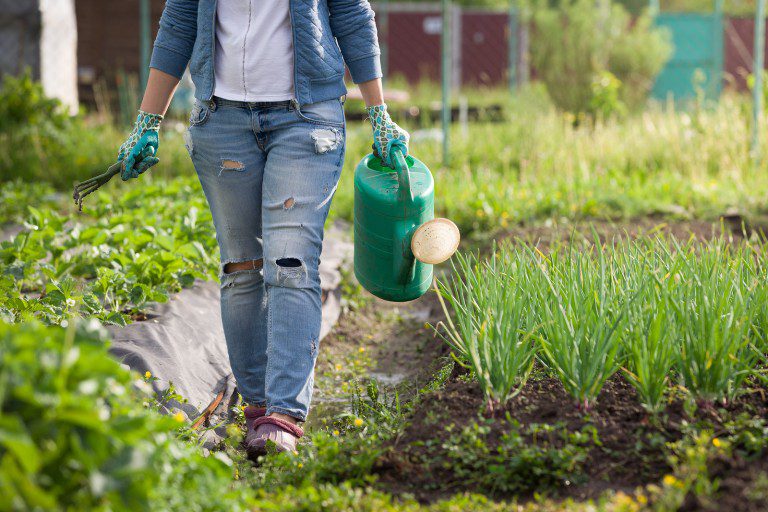 Jenny was a farm girl living in a big city. She heard about an organization that allowed people to have a small garden plot for a nominal fee. She missed the joy of growing her own vegetables and the wonderful taste of fresh food, and she knew she could use the food to supplement her limited income. She soon had a small plot and was squeezing everything she could into it. She enjoyed taking the break from her busy life, and she enjoyed the people she associated with there. It wasn’t long before she even became the organization secretary.

She was there working in her garden one evening when a big, beautiful Mercedes pulled up. Everyone stopped and stared. It wasn’t that they hadn’t seen a Mercedes before, it’s just no one who was part of the organization could afford one.

A man dressed in a three-piece business suit stepped from the car and asked who was in charge. Everyone pointed at Jenny, and he made his way toward her.

He stepped up and held out his hand. “Robert Stevens the third.”

Jenny held out her hand to shake his, but the minute he saw her soil-covered hands, he pulled his back.

“I came to see about getting a garden plot,” Robert said.

By this time, all of the other gardeners had joined Jenny and stood looking on curiously.

Jenny glanced once more at the Mercedes before turning back to Robert. “Why would you want a garden plot?” she asked.

The man sighed in annoyance, as if Jenny should just give him one and be done with it. “My doctor said I have too much stress in my life, and he said that if I don’t do something about it, I am going to have a heart attack. He suggested I garden. I can pay whatever I need to.”

“It just so happens we have one available,” Jenny said. “The previous gardener passed away recently. It’s ten dollars per month plus a forty dollar tilling fee.”

Robert pulled two one-hundred dollar bills from his pocket and handed them to Jenny. “Keep the change,” he said.

Robert left, and Jenny paid the man who did the tilling. Jenny was working in her garden again the next day when Robert returned. He was dressed in nice slacks and a white polo shirt. He brought many seed varieties with him, and everyone who was there came over to give their opinions on how he should plant them and to help. Before Robert left that evening, his garden had nice little rows with newly planted seeds in them, and his shirt was nearly brown.

Robert always came in a new white polo shirt. At first, he came every evening, and Jenny showed him how to sprinkle his little garden. He always impatiently asked why nothing was happening. Then one evening, Jenny showed him the little green shoots of radishes coming out of the ground. Soon there were carrots, and before long, all of the seeds were up. Robert was ecstatic.

Robert missed a few days, and when he came back and looked at his garden, he called Jenny over. “What are those?” he asked.

“Those would be weeds,” Jenny replied.

“What? Who planted them in there?”

Jenny tried to explain that weed seeds can lie dormant in the ground or blow in, but they just grow on their own. Robert was skeptical, sure someone was out to get him. Jenny suggested Robert bring a hoe the next time he came, and she promised to show him how to weed.

The next time Robert came, he had a hoe, and Jenny showed him how to gently work the weeds from around the vegetables. But when Robert took over, he started whacking at them like he was taking an ax to a petrified log, cursing as he worked. When he finally finished, his little garden was spread all over, with few vegetable plants left in it.

He turned to Jenny, wiping the sweat on his now gray polo shirt. “I don’t see how this is supposed to help my heart. You said the last man who had this garden died. What did he die of?”

Jenny tried not to smile from irony as she answered. “He died of a stress-induced heart attack.”

Robert dropped his hoe, climbed in his Mercedes, and Jenny never saw him again.

Poor Robert didn't quite get the picture, did he. I wonder if he's still breathing.