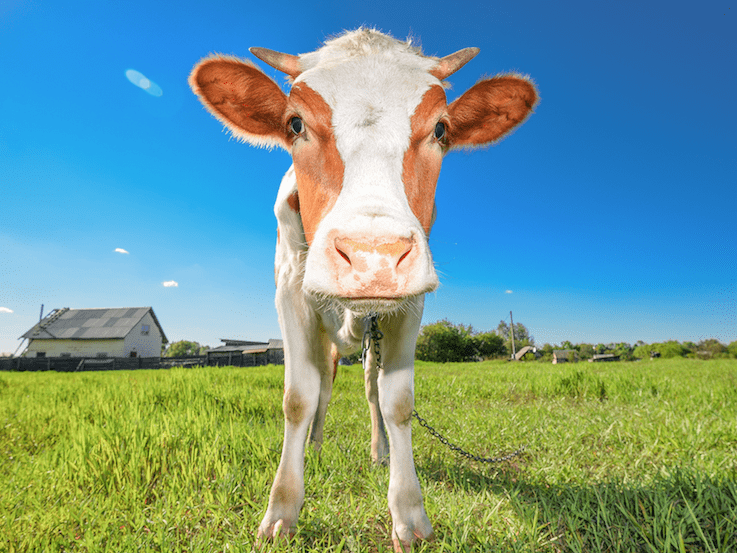 When the economy started going down in 2008, my wife, Donna, thought we ought to consider getting a milk cow. We called around and found a Jersey dairy and asked if they might sell us one.

“I’m sure we could find something,” Dallin, the owner, said.

Donna and I drove to the dairy, pulling our horse trailer behind our van. When we got there, Dallin said he had three cows from which we could choose. I knew that a dairy farm never sells their best cows, so I asked what was wrong with them.

Dallin pointed at the first one. “This cow is a little bit wild.”

I decided that one was out. If I ever had to be gone, and my children needed to milk the cow, I wanted her to be gentle.

Dallin pointed at the second cow. “This cow only has three good teats.”

I considered this cow for a moment. I was going to be milking by hand but eventually hoped to get a milker. Keeping a milker on a cow with three teats was hard.

We went to the pasture to look at the last cow. She was a solid looking cow, with good form, and I knew she was probably a decent milker. I figured she must have a bad disposition.

“This cow is . . .” Dallin paused and thought a minute before he continued. “I’m not quite sure how to describe her.”

“Quite the contrary,” he replied. “She’s too friendly. The problem is my children raised her as a pet, and she feels she’s part of the family. She’s bossy and tells the other cows what to do. I think that’s because she feels that as a family member, she’s superior to them. She also likes to be petted, and I mean she likes it a lot.”

It was at this point that the cow saw us, and she headed quickly in our direction. She came up and pushed her head right into my stomach quite forcefully.

“She’s asking you to pet her,” Dallin said.

“She might work well as a single cow,” Dallin said. “With no other cows to boss around, she should get along okay.”

She did seem to be the best cow of the three, so I decided she would be the one. As we walked back to the yard where the horse trailer was parked, the cow followed us, staying right next to me so I could pet her. I had to watch my feet so she wouldn’t step on them.

“Will she load okay into our horse trailer?” I asked.

Dallin shrugged. “Never tried. But my guess is, knowing her, if you were to go in first, taking some grain with you and petting her, you could coax her right in. Do you have a front door on the trailer you can go out?”

And that’s exactly what I did. I backed into the trailer, holding out the bucket and scratching the cow’s head. She followed me in, with her head buried in the bucket eating the grain. Once I had her in, Dallin shut the back door, and I climbed out the front one.

“Just don’t forget to scratch her ears when you turn her out of the barn,” Dallin said. “She doesn’t like it if you forget.”

I said I would remember, paid him the money, and we were on our way.

For a while, I remembered what Dallin said, but one day I forgot. I milked her and turned her out of the stall, then started spreading straw in the barn. The cow stood patiently for about ten seconds, then she pushed her head into my back, shoving me against the wall. For about ten minutes I tried to wack her to get her to let me go, but nothing worked. Finally, I remembered what Dallin said. I was able to reach one hand around enough to scratch behind one ear. She let me go and turned the other ear for me to scratch it. Once I had finished, she went off to her pasture.

And that’s when I realized why Dallin decided to sell a “too friendly” cow.