The Emotion and Sentiment of Angels | Meridian Magazine 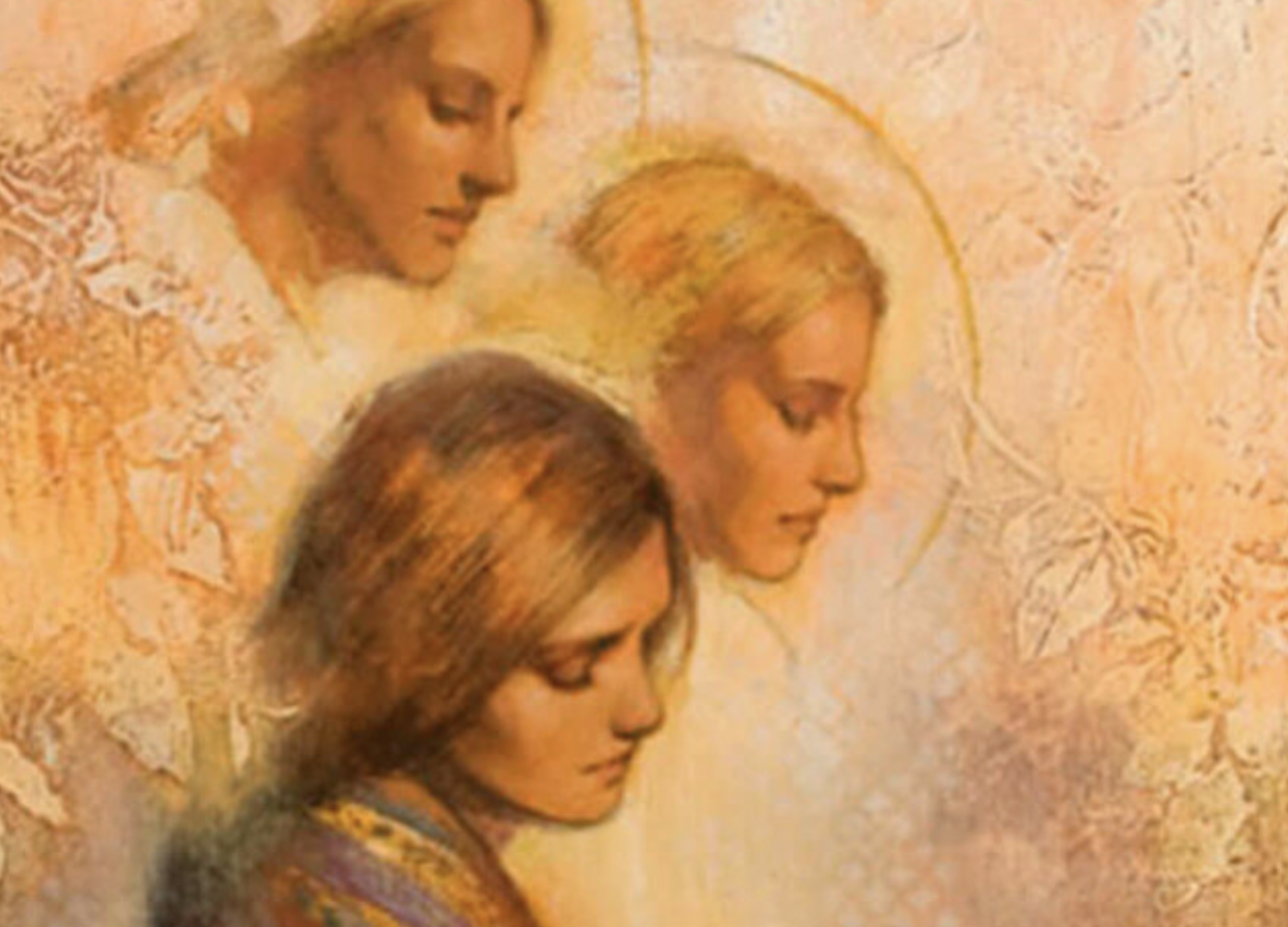 Cover image: “Angels Among Us” by Annie Henrie Nader, https://altusfineart.com/. Used with permission.

Angels experience feelings of wonder, joy, urgency and even desperation.  From time to time, and in very touching circumstances, they may share their poignant longings and feelings with us…

He Heard Shouts of Joy

Karl Murphy shared a special experience in Stake Conference some time ago.

He had taken family names that his wife Patty sent with him with to the temple.

As he was kneeling at the altar in the sealing room for one of these names, he suddenly heard “shouts of joy” from Patty’s grandparents.[i]

They were shouting for JOY!  They were exultant and triumphant in their emotion because of choices they had made combined with knowing they were helped from family on this side of the veil…

The Emotion of URGENCY – Feeling COMPELLED

Ann Laemmlen Lewis feels emotionally pressured from those on the other side who had lived in a small village in southern Germany.  She is one of the few anywhere who can read their old German records. She describes,

“When I’m in my Family History zone, ‘’ COMPELLED” is the word that keeps coming to mind. It’s one of absolute URGENCY and requires all my attention!  It’s like I’m behind a closed door, alone.  On the other side of the door are thousands of people pushing and shoving to get close to the door.  Then, I take a key and unlock the door, and crack it just a tiny bit, but the door’s been opened and everyone on the other side heaves and pushes with all their might to get through that door to where I am because they know the way has finally been opened! ” [ii]

So far Ann has extracted over 18,000 names from there.  She can feel their collective emotion of relief and joy as she does their work!

“Those on the other side are eager- no, actually they are desperate—to receive their saving and exalting ordinances.  They know when and where their ordinances will be done for them.”[iii]

If we’re listening we can sometimes feel their desperate emotions…

Pushed By a Presence

Sherryl wrote about her own “compelled” experience having it being made crystal clear what a deceased grandmother wanted.  She writes,

“I had been waiting since Aug. 17, 2019, after my endowment to start on my family’s work. One of my great grandmothers was very important to me because I look just like her.  My great grandfather’s work was done, but hers wasn’t, so I got ready and went to the Temple. I was just going to baptize her but, I felt this presence, that kept me there. I went on and completed everything with her that day. I knew she was NOT letting me leave without getting her work done! I sat in my car later and smiled and cried at the same time. I was so happy that I was able to help her.”[iv]

Sherryl could feel the strong will of her great grandmother.  Our departed family members have definite emotions…

Cynthia Abbott reported to me about the strong emotion she felt in the temple. She says,

“I will never forget doing the initiatory for my great-great grandmother, Louisa Currin, who married my great great-grandfather David West. I was doing nine or ten initiatories for other direct ancestors in that session, but when I started Louisa’s, I was suddenly overcome with tears!! I mean the waterworks were so unexpected but so deep..in each part of her initiatory the workers were handing me tissues….(that was the only time I really felt like a spirit of a loved one was using my body as a conduit to express her joy!)

“Oddly enough, when I was done and on to the next one, the tears came to a sudden halt.

“My friend did Louisa’s endowment and was with us in the sealing room when I asked her to ‘be’ my great-grandmother in the sealing…when we had her sealed to David and Louisa.  The waterworks suddenly returned just for that sealing, enough so that the sealer realized and gave us all time to recuperate!  Even my friend was weeping.”[v]

If Our Eyes Could Be Opened

President Harold B. Lee taught that,

“… if our eyes could be opened, we could see those who have departed from us…We could see them…we have ears, spiritual ears, and spiritual eyes…and a departed one may come… We’ll feel an impression… Where does it come from?  It comes from the spirits of those whom we are sealed to.”[vi]

Lucky for many of us, our eyes are opened, and we are allowed to feel what our ancestors feel at having their work done…

Sister Wendy Nelson tells of a special experience she and President Nelson had a few years ago.

“It has become part of my husband’s morning routine to ask me if I have any ordinance cards or any Family Ordinance Request forms that he can drop off at the temple before going to his office.  One morning he left with ordinance cards we had prepared for 76 people…One of those people was Annie McIntyre.

“When my husband returned to the temple later in the day to pick up the cards, after the young men and women had completed the proxy baptisms and confirmations, he was told that a remarkable experience had occurred in the baptistry that day.  As the young woman who was to be baptized for Annie McIntyre looked at Annie’s name, she remembered the dream she had had the night before.  In her dream was a woman named Annie McIntyre.  The young woman had never heard that name before and didn’t give it a second thought after waking up.  But in the baptismal font when she saw and heard Annie’s name, the young woman burst out, ‘I know this woman! She came to me in my dream last night and said that I would be baptized for her today!’…During the proxy confirmation of Annie, the young woman experienced an overwhelming rush of emotion as she heard Annie McIntyre’s name again.  She knew that feeling was a confirmation that Annie was grateful her work had been done.[vii]

Letting us feel their emotions is purposeful.  These family angels want us to feel their gratitude.

“You Can Feel them Can’t You?”

Jan Emery wrote about departed family members he was allowed to feel in the temple.  He writes,

“What an amazing moment! Walking to the Temple and walking inside I found it hard to comprehend that here we were in the Salt Lake Temple! A moment I had never imagined. This experience was the most Spiritual ever as we walked along the long passage under the Temple to the baptismal area. We were handed our clothes for the baptisms and as soon as I was given my clothes it was like my soul entered a different dimension and I cried and cried. I could not stop as I felt the Spirits of my family, they were there! The worker in the font said to me as I was about to enter the font,

‘They are here. You can feel them can’t you?’

Angels feel deep emotions of awe, love, joy, urgency and even desperation at times. Let’s do this great work, and maybe – if we’re listening, they may share their exultant and profound feelings with us…

Feel Free to CONTACT me with your stories at [email protected]

[iv] Sherryl Coonrod from a comment on my article, https://latterdaysaintmag.com/the-miraculous-assistance-of-temple-angels/

I have also heard/felt shouts of joy after sealing family members. I was surprised at the thought that it was more a moment of celebration than of quiet reverence

Of COURSE angels have deep feelings! They once were humans who lived on this earth. Thanks, Anne for this thought-provoking article. You are amazing...keep them coming~~