The Domino Effect of War and Inflation | Meridian Magazine 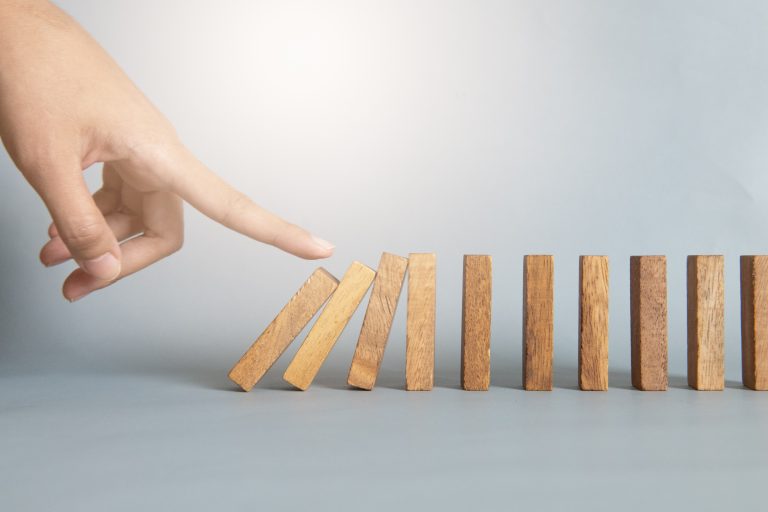 The Domino Effect of War and Inflation

As of this writing, Monday, March 7th, the price of gas has risen five cents over night and in the last week forty cents per gallon. The price of diesel has risen even faster. Semi-trucks are heavy, not the most fuel-efficient vehicles on the road. On average, semi-trucks get only 6.5 miles per gallon. Their efficiency ranges between 3 mpg going uphill to 23 mpg going downhill. Why is this important to you and me? A month ago, it cost a trucker $1100 to fuel up. Today it takes $1400 to fuel the same vehicle. Of course, if that trucker is in California, it can cost more that $1500.

By now we should all be aware of the role California plays in our everyday life from food to items coming into California ports. When the cost of shipping just one truckload increases by $400 an independent trucker or trucking company can not be expected to absorb the cost. Since the president is opposed to reinstating the pipeline or allowing pumping on government lands and Europe is limiting or eliminating oil from Russia, we can expect prices to continue rising.

If you have been following posts at Totallyready.com you understand the effect the war in Ukraine is having on the economy increasing inflations. The following report comes from the BBC:

1. Russia is the world’s largest natural gas exporter, which is vital for heating homes. People in the UK and Europe are already paying high prices for energy and fuel. The Russia-Ukraine conflict is expected to drive these even higher, while future gas prices doubled in just one day earlier this week. The UK gets only 6% of its crude oil and 5% of its gas from Russia, but the EU sources nearly half of its gas from the country. If one country reliant on Russian supplies receives less gas, they have to replace it, impacting the supplies of gas for other countries – that’s why British energy prices and bills are still affected in a similar way to European ones. (Remember this comes from the BBC and the same domino effect will be felt in the United States and for any country not energy independent)

2. Your food shop could cost more. Tinned goods could rise further if aluminum prices remain high. UK food producers don’t import many items from Russia or Ukraine, but prices here may still rise because of an increase in associated costs, such as tinned cans and packaging and transport. Both countries, once dubbed “the breadbasket of Europe”, export about a quarter of the world’s wheat and half of its sunflower products, like seeds and oil. Ukraine also sells a lot of corn globally. Analysts have warned that war could impact the production of grains and even double global wheat prices. Farmers here might find themselves paying more for fertilizer, which is one of Russia’s biggest exports.

3. Your mortgage repayments may rise. Homeowners in the UK would see mortgage repayments rise if the Bank of England’s base rate went up. Inflation, which measures how fast the cost of living rises over time, hit 7.5% in January in the US – the highest level seen there since February 1982 – and rose by 5.5% in the UK. But one economist has warned it could rise close to 10% in major Western economies if the cost of energy and food is pushed up by dwindling supplies cause by the Russian-Ukraine conflict. Such a figure might encourage the Bank of England and the US Federal Reserve to increase interest rates.

4. Your pension might fluctuate – but don’t panic.  Widespread falls in share prices, are likely to be bad news for pension savers. Russian stocks crashed by as much as 45% in the wake of the Ukraine invasion with trading subsequently suspended, with banks and oil companies among the worst affected. It also led to steep falls on stock markets elsewhere around the world: in Europe the UK’s FTSE 100 index has fallen over 6% since Russia crossed into Ukraine while Germany’s Dax index is nearly 10% lower. Many people’s reaction to stock market changes is that they are not directly affected, because they don’t invest money in stocks and shares. But there are millions of people with a pension whose savings are invested in the stock market. ( U.S. stocks have also taken a hit with the same concerns for pensions)

5. DIY and cars could cost more. Canned goods may become more expensive if metal price rises persist. As a leading commodities exporter, Russia is one of the world’s largest suppliers of metals used in everything from aluminum cans, to copper wires, to car components, such as nickel, which is used in lithium-iron batteries, and palladium, which is used in catalytic converters.

You may wonder why I would quote the BBC. First, many no longer trust reporting from some media outlets in the United States. AND Second, Meridian Magazine has a worldwide readership. I received a note on the Totally Ready Facebook page from a follower on that page relating gas prices in New Zealand, equivalent to $12 per gallon in New Zealand dollars or $8.19 in U.S. dollars. Yikes!

Food storage and emergency preparations require planning, continuing education, and awareness of our changing needs. It is more urgent than ever before in our lifetimes that we commit to self-reliance and stay on top of our family emergency plan. Don’t be left wondering when the next crisis comes, “What have I done? Why didn’t I listen when I was warned?” It is never too late to begin but the longer you wait the more expensive it will become, supplies may be even more limited and the less you will be able to store on a budget that is stretched thin. Begin today.

We all hope and pray the war in Ukraine will end soon. Even should Russia withdraw it will take years to rebuild all the damage to housing, hospitals and schools. We have no idea the status of farms and mining and how long that may take to repair. Should the war end tomorrow the financial repercussions will be felt for years as resources are donated to the people of Ukraine to rebuild further limiting supplies and raising prices.

Every Wednesday we post a challenge for the week with food to store that week. We will never tell you to store a specific item such as oatmeal. We will challenge you to store the grain your family likes and uses often. Our challenge is designed so you will store foods from all food groups giving you a well-balanced storage with a one-week supply of everything and then a month supply of every food group working toward a three-month supply. Once you have a three month supply you will be able to continue building or replacing foods used as foods are on sale, always staying ahead of inflation.

Heavenly Father has asked us to: “And after ye have obtained a hope in Christ ye shall obtain riches, if ye seek them; and ye will seek them for the intent to do good—to clothe the naked, and to feed the hungry, and to liberate the captive, and administer relief to the sick and the afflicted.” (Jacob 2:19) Are we ready? Could we live on our food storage so we could help those suffering due to this war or share with refugees ?

We have learned as we have been studying Genesis. The Pharoah had a dream. Joseph interpreted the dream and warned him of seven good years followed by seven years of famine. What did Pharoah do? He assigned Joseph the responsibility to prepare, to store food enough for the time of scarcity to come. What was the result? Not only did the people have enough to eat but Joseph had enough stored to share and save his family from starvation. We see this pattern throughout the scriptures. God warns his children and gives them the opportunity to exercise their agency and to prepare. He is warning us again, this time thru reporters and economic experts.

Check weekly challenges and get help at Totallyready.com where you can also find Carolyn’s ebook General Store Bundle to help you stock up even faster and filled with lots of other tips.

These wise words are more pertinent today than ever.