The Death of Diplomacy, And The Impact On Children | Meridian Magazine 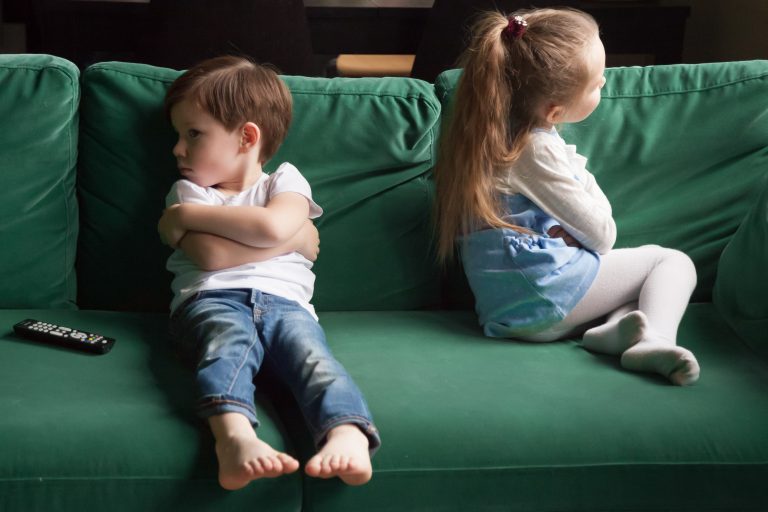 The Death of Diplomacy, And The Impact On Children

Diplomacy is dying. MSN’s Feb 18, 2022 article called, “Is This The Year Of The Angry Parent? The GOP Hopes So,” talked about how parent anger about masks and social issues was helping the GOP and causing a problem. Yahoo News declared, “A parents’ revolt is currently sweeping the nation,” in their Feb 18, 2022 article titled, “Democrats’ Worst Nightmare Is Angry Liberal Parents.” Passionate parents are flooding school board meetings and chiming in about hot social topics, but they aren’t alone in their anger. Political activists and legislators are putting on their boxing gloves too as they suit up to protect their projects against these angry people. Where has civility gone? Is healthy debate a thing of the past? Do people even understand how to disagree anymore? Why is diplomacy on the decline and what can be done to preserve decent human behavior?

It’s inspiring and understandable to see parents become angry and politically active when they are protecting their children. Parents are the primary stakeholders in their child’s life and should take that job seriously. And, it’s more important than ever that parents’ voices are heard because people who don’t follow prescribed narratives regarding children are being socially cast out and deemed as irrelevant by those running the narratives. As an advocate for strong families and for understanding parent-child roles better, I find it thrilling to see parents around the world opening their eyes to the need their children have for parental discernment and protection in these socially and morally confusing times.

What The Children Get Out Of It

We need to look at this from another angle. What are taking a stand and getting angry doing for children? Ultimately, parent actions become the greatest lessons to children. There’s no way around it. The way parents behave, and why, both communicate green or red lights for child behavior and rationale, as well. So, parents who are discerning and standing up for their convictions will train their children to stand up for themselves and to see what is right, wrong, good, bad, true, and false, and to not be fooled by false information or narratives. But, what does the anger teach? We have to be careful there.

Emotions are powerful, but they aren’t always productive. Just one example of this point is that recognizing that I am angry so that I can plan the best communication is very productive, but acting in anger by yelling or punching someone in the face increases stress and drama during and after the event, and is not productive. We must recognize that when parents are taking a stand in anger, they could be teaching their children to stress over emotion instead of making a plan for good communication. Additional negative lessons that could be learned include victimhood, the objectification of others, disconnection to people, and power struggling in order to manipulate outcomes. What could those lessons do to home-life and social interactions?

To better recognize the death of diplomacy in current debates, understanding diplomacy can help. Oxford Languages defines diplomacy as “the art of dealing with people in a sensitive and effective way.” Synonyms of diplomacy include “tact, sensitivity, discretion, subtlety, finesse, delicacy, discernment, prudence, cleverness, skill, politeness, thoughtfulness, understanding, care, soft skills” and professionalism. The opposite of diplomacy is “tactlessness.”

In the past week at the Utah legislature, I heard an elected official refer openly to citizens as “dumb,” saw advocates controlling conversations and disrespecting legislators, and heard of a senator falsely accusing an emotional parent who was trying to protect her children. All of these instances lacked tact and diplomacy.

Despite the rhetoric about respecting others and not bullying, it seems that bullying is actually a new craze, and not just for children. Victimization is becoming a common feeling no matter which side of social and political issues that people might fall on. Crazes are formed by suggestion and emotion. When something is emotionally suggested enough, or enough people adopt group thinking about an issue, a craze is born. Think volume increasing and ‘the wave’ at a sporting event, or anger getting fueled at a protest rally.

I wonder, could it be that the anti-bullying craze has suggested more bullying and that’s one reason we see aggressiveness and social/civil war on the rise? Or, is it as the anti-bully campaigners suggest, and we are doing way better at not bullying because of all the rhetoric and anti-bully programs? I’m seeing more bullying now than I ever did in years past, even with foster children who were often bullies and victims of bullies. It’s almost as if bullying is more cunning and a behavior path more often selected since we’ve started talking about it so much. I suppose that shouldn’t surprise anyone since suggestion is such a powerful teacher. After all, isn’t it suggestions pointed at students in schools that’s leading parents to become so angry?

Three Things Parents Can Do About This

First, parents need to watch their own behavior and teach the best lessons. While attending one of my son’s soccer matches, I saw and heard parents teach their children bad lessons in diplomacy. One parent responded to a look from his son with “Really? You are walking home!” I don’t know whether the father was threatening or trying to be funny to his friends, but the child was disrespected publicly. That’s what some people might call ”soft bullying.” Another parent showed a lack of diplomacy and caring at the same event by joking that one player should pee on another player who had just been knocked out by a kick to the head. The crassness was one thing, but to suggest to children that kind of conduct when a player was injured was horrible to witness. Again, maybe this parent thought he was being funny. I don’t really know. But, that type of disrespect for others is tactless and is giving the wrong message to children. The children will follow the tactless examples.

Luckily, children will also follow good examples from their parents. I know many parents don’t feel like their children are watching or learning from them, but they are. They always are. Parents can’t stop that natural process, even if the child appears to be indifferent to the lessons. Keep setting the example of diplomacy.

Second, use and teach skills for diplomacy. Skill is a synonym to diplomacy. Diplomacy is an “art” and a skill. Two vital skills that parents can utilize and teach children are the skills of accepting “no” answers and of disagreeing appropriately.

When a person knows how to calmly accept a “no” answer, they can observe and respect all boundaries and not take other people’s opinions or decisions personally. The final step to accepting a “no” answer is to drop the subject, which means a person chooses to respect the other person even if they don’t agree.

Disagreeing appropriately is a vital skill for diplomacy success. It involves seeking to understand where another person is coming from and articulating that you understand them before sharing your opinion about the matter. Listening and calmness are both part of this skill, too. In order to disagree appropriately well, a person has to value the inherent worth of the person they are with, even if they don’t agree about something. Think of what this skill could do for debate. Too often modern debates are taken personally and even trend toward attacking and shaming others. This isn’t debate. Debate is good, respectful, civil discourse.

Third, parents can set the example of good discussion by having deliberate family meeting times that are calm and unifying. Family meetings/councils are perfect places to teach children to discuss topics that they care about in calm and effective ways, even if they don’t get their way. My parents tried to have family councils like this when I was young. But, sadly, the councils turned into family fights more often than not because we didn’t have a good structure or method for communication and problem-solving in those meetings. In order to make your family meetings unifying, be sure to implement a solid structure that keeps everyone in order while seeking understanding.

There’s a fine line between taking a stand and bullying in non-diplomatic ways. Parents need to continue to take stands for their families and freedoms. But, if parents want to be the most effective in current conflicts and in the upbringing of their children, they will try to teach diplomacy by precept and example while standing for what’s right. More than ever, our children need to see us care about issues and they need our moral training about what they are hearing online and at school, but we must give them the example and skills they need for emotional freedom and the greatest impact as we teach them. This is why diplomacy can’t die. Parents must keep it alive so that children will be able to stand with confidence in the future, too. Besides, diplomacy keeps hearts softer and open. And, it’s next to impossible to teach a hard heart.

For more help on skills and family communication read “Parenting A House United” by Nicholeen Peck.