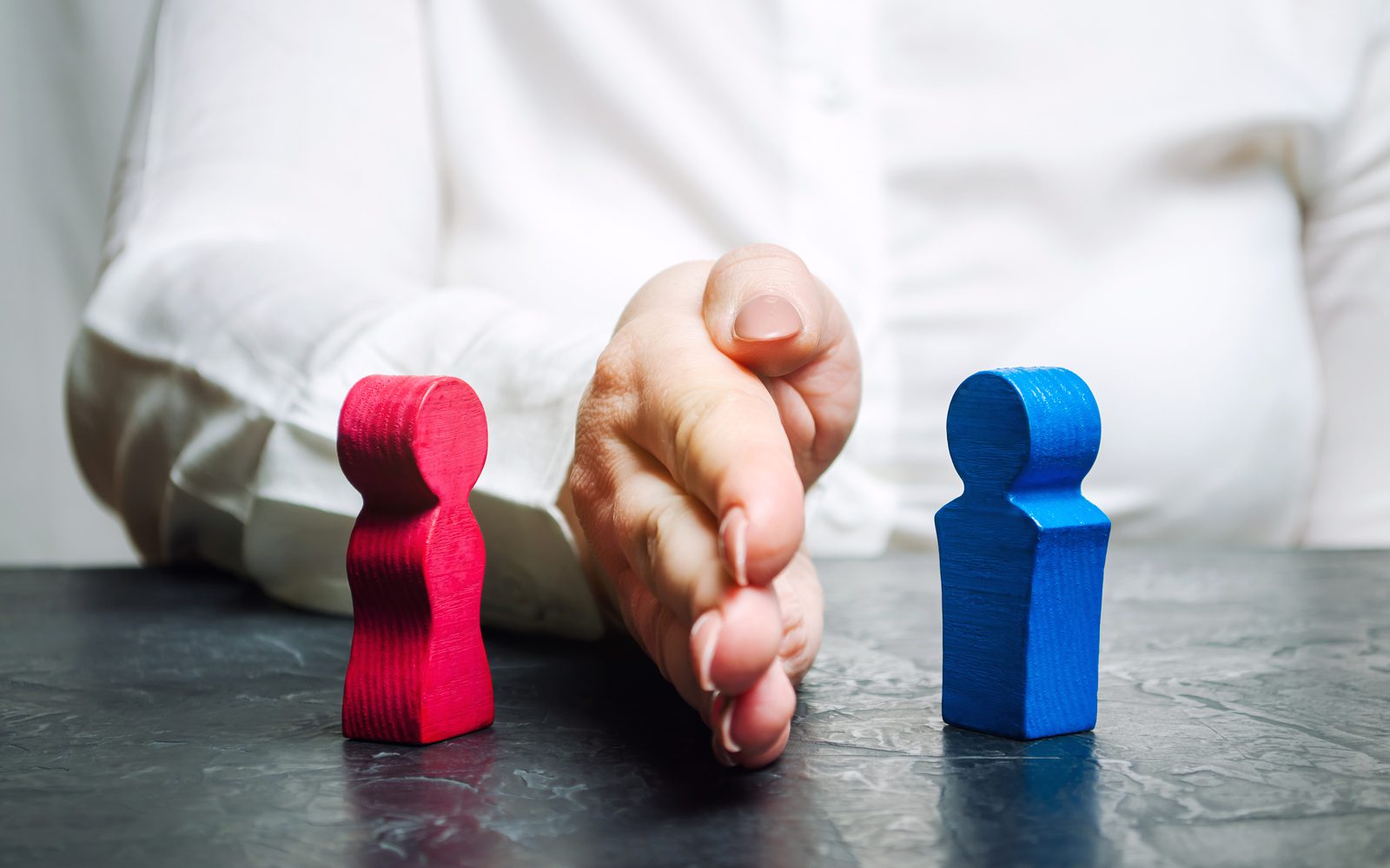 The Damaging Effect Of Our Polarized Party Ideologies

In October of last year, just as we were heading into the 2018 midterm elections, Political Analyst Bill Schneider stated that America was “the most divided we’ve been since the Civil War.”

While that may be open to debate, there is no question but that our nation is deeply, troublingly polarized right now.

“A house divided against itself cannot stand,” said Abraham Lincoln, paraphrasing the Bible scripture. And, indeed, history has shown this to be true, over and over again.

If we are to thrive as a nation, we, the people, must actively choose unity over division. And we must resist those forces that would tear us apart, including hyper-partisanship. Our founding fathers, rooted as they were in the classical tradition which celebrates the virtue of moderation, warned repeatedly against factions. In his farewell address to the nation, George Washington cautioned Americans against “the baneful effects” of partisanship which he said would lead to the “ruins of public liberty.” In enumerating some of the dangers of “party passions,” he warned that “it agitates the community with ill-founded jealousies and false alarms” and “kindles the animosity of one part against another.” It also, he continued, “opens the door to foreign influence and corruption.”

Wise and timely words from the Father of our Country.

Unfortunately, these founding truths seem at the moment to have less appeal for many than the allure of entrenched partisanship. Both sides are equally guilty of this. Consider, for example, Howard Dean’s tweet of 9 October 2018 proclaiming: “More evidence that Republicans are the enemy of democracy.” Or Dennis Prager’s emphatic statement during a recent speech to the Utah County Republican Party that “the Left is the enemy.”

This is exactly what George Washington warned us against–the insistence by some upon dividing our country into factions (political parties, political ideologies, geographic regions, whatever) and then declaring in absolutist language that one side is not just wrong, but evil. The enemy.

Surely we are more sophisticated thinkers than this. Surely we can entertain more nuance in our political discussions. In a post in June of 2018, blogger Jason McIntosh stated that “Republicans are enemies of human civilization” and that the party has crossed the line “to the support of outright evil.”

On the other side, in his column in the National Review in September of 2016, Prager wrote “We have the same principles as the Never Trumpers . . . . So where do we differ? We differ on this: We hold that defeating Hillary Clinton, the Democrats, and the Left is also a principle. And that it is the greater principle.”

Defeating a person, a party, and an ideology trumps every other principle? It is the greatest of all principles? All other principles—honor, integrity, fairness, kindness, virtue, ethics—must bow down before the greater principle of defeating Hillary Clinton, the Democrats, and the Left?
That is a slope so slippery that one might easily slide right off the edge of the rational world and into a Machiavellian abyss.

In stating so emphatically, so unbudgingly that the Left (whatever that is, exactly) is the enemy, Prager leaves no room for nuance, no room for humility or the acknowledgement that there are reasonable, rational arguments to be made on both (or even many) sides of most issues. It is inexcusably reductive. Turning the other side into the great Satan is fear-mongering. It is also morally treacherous when it places party/political ideology over everything else.

In this kind of a world, nothing matters but defeating the Left. This goal justifies everything else. When we reduce and demonize the political ideology (or any other kind of reasonable ideology) held by a large portion of our fellow Americans, we are participating in the destruction of our union. Representative government is dependent on the ability of people with differing views to work together rationally for the good of all. Unless there is room for dialogue, there is no possibility for the kind of careful, complex, sophisticated thinking that leads to sound policy, good government, stability, prosperity, and peace.

It is unity, not division that we must seek. “Your union ought to be considered as a main prop of your liberty,” said Washington in his farewell address. “And the love of the one ought to endear to you the preservation of the other.”

Sharlee Mullins Glenn, a life-long Republican who is no longer affiliated with any political party, is the founder of Mormon Women for Ethical Government.

Party loyalty almost always breeds confirmation bias. Party adherents tend to believe that their party does nothing wrong and the other party does nothing right. Bad conduct by a member of their party gets a hall pass, but the same conduct by a member of the other party gets shrill condemnation. And on and on and on. If you want to take a strong position either way on abortion, then fine. But the moment you hardwire yourself to the party that supports your position, you abrogate your responsibility and ability to be fair and rational in general. Register Independent!

Corrected typos: Excellent Mr. Charles Kraut. My sentiments exactly. Too bad others don't see the left for exactly who they are: progressives and socialists wrapped in the disguise of helping the poor, needy, and women's rights. These disguised will only destroy us a little at a time until destruction is imminent. We all can see the beginnings of this destruction. Wake up everyone. Stand up for our great country! I'm really surprised at the author's twisting of Dennis Prager's unequivocal stand against our destruction. She needs to listen and read more prior to taking a stand against his worthy good work. May I please repeat the words "Venezuela, Venezuela, Venezuela"? It's socialistic and progressive quaint beginnings destroyed a remarkable country right under our noses and in our back yard and yet no one seems to really care. Wake up!