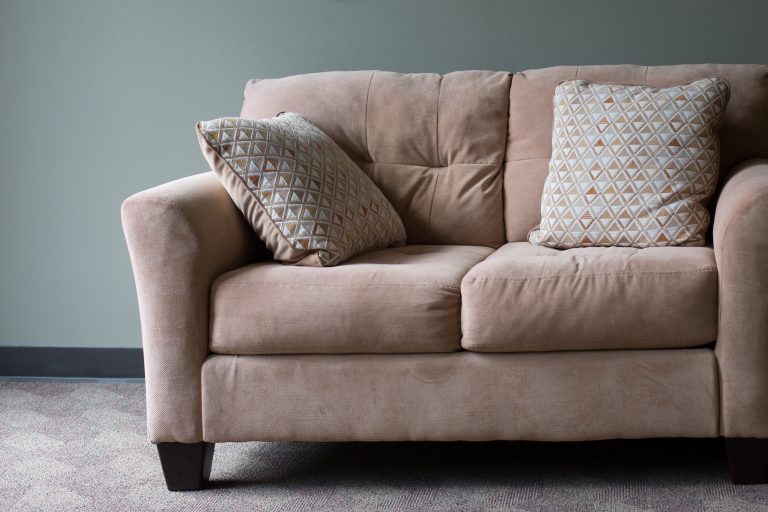 James taught religion in a small building across the street from a university. The students often saw it as a place where they could not only take a religion class, but could unwind from the stress of college life. There were ping-pong tables and other activities for them to enjoy. But there was one student who used it for another purpose. Stephen would struggle to stay awake in class, and the minute it was over, he was fast asleep on the couch.

Once classes were over each day, James would retire to his office to catch up on paperwork. He always left his door open. He enjoyed watching the student activity and wanted to stay available in case a student wanted to visit.

But on that day, while he was sitting in his office working, he realized that the boisterous noise level had dropped quite a few decibels. He wondered what was going on. He was about to check when the end of the couch appeared in front of his door.

James watched as the couch moved ever so slowly until the center came into view. It kept moving, and finally the other end appeared. A group of boys were carefully pushing the couch down the hall at a near snail’s pace. And, of course, on the couch was Stephen, still sound asleep.

As the boys continued past the door, a smiling, silent crowd behind them was there to egg them on. They just kept streaming slowly past the door. Soon, James knew enough had passed so that the hall past his office must be full. He then heard the click of the outside door opening.

James walked to his office window, and soon he could see the whole procession continuing across the parking lot to a nice grassy area surrounding a volleyball sandlot. At the edge of the grass was a steep curb. The boys surrounded the couch, carefully picked it up, and carried it over to place it in a shady area under some trees.

After they had carefully set the couch down, the group returned to the building. Once inside, there was an almost instant burst of laughter and chatter. The group went back to their games, and James returned to his work but kept glancing out the window at the couch. Stephen slept a long time but finally stirred. He looked around and at first seemed confused, but then he just smiled.

The next day, James invited Stephen into his office to discuss his sleep issues.

“I’m sorry about sleeping in the seminary,” Stephen said. “I go to school all day and work much of the night. I seldom get more than a few hours of sleep.”

But then Stephen had a question for James. “Sir, do you believe in angels? I mean, you’re a religious person and all. But do you?”

“Why do you ask?” James replied.

“Well, I often struggle to get into a deep sleep,” Stephen said. “But the other day, I dreamed angels were carrying me along on a cloud, and then at the end of the journey, they lifted the cloud up and floated me into paradise. It was the best sleep I have gotten in months. And when I woke up, I was in the shade of trees with a cool breeze floating over me.”

Stephen stopped and looked up quizzically. “It was so peaceful and felt like it really happened.”

James smiled. “I do believe in angels. But sometimes I think they come in blue jeans and sneakers and aren’t even trying to be of service. One just never knows.”

Love this! It's so nice to read things on the lighter side. We need lots more smiles.

That was the best story, absolutely. Those strong youthful angels did not even know what angels they were! Best laugh I've had in a long time. Love your stories.