The Church in Iceland | Meridian Magazine 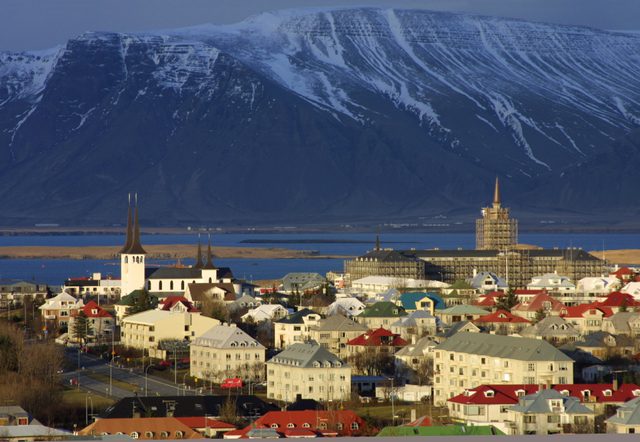 The Church in Iceland

Iceland: realm of the ancient Vikings, land of fire and ice, and home to an isolated but growing group of Latter-day Saints who can trace their country’s gospel roots to just two Icelandic converts working in Denmark: Guðmundur Guðmundsson and Þórarinn Hafliðason.

Guðmundur Guðmundsson was born on a farm in Artun, Iceland, in 1825. At the age of 19, he left his native home for Denmark, where he finished his education and worked on refining his goldsmithing skills. While taking an evening stroll one day in the spring of 1850, Guðmundsson saw a group of people listening to a preacher on a street corner. Before he came within earshot of the small group, Guðmundsson heard an inner voice say, “What that man is saying is true, listen to him.” He stayed and listened to the Mormon elder, Peter O. Hansen, and as a result, his life and the lives of hundreds of others were changed forever.

Soon after, Guðmundsson visited a Mormon Sabbath meeting in Copenhagen. He later reflected, “It was then that I, for the first time, heard and saw our beloved Apostle Erastus Snow. I . . . was baptized . . . Feb. 15, 1851 by Peter O. Hansen. I testify before God and men that my heart was renewed, and I realized that the gospel was the power of God unto salvation.”

About this same time, Guðmundsson’s childhood friend, Þórarinn Hafliðason, who had come to Denmark to learn cabinet making, likewise joined the Church. As the spring of 1851 beckoned, Elder Erastus Snow ordained Hafliðason a priest and Guðmundsson a teacher and sent them to Iceland to preach the restored gospel.

Guðmundsson arrived in his native country on May 12, 1851, returning to his hometown on the mainland shortly after, perhaps in hopes of teaching the gospel to his family. But his reception was quite different than what he expected: “I expected that every person would believe a message so desirable . . . [but] the laws were hard against us, and so were the priests and the reports of the press. I was often rebuked and spit on and mocked.”