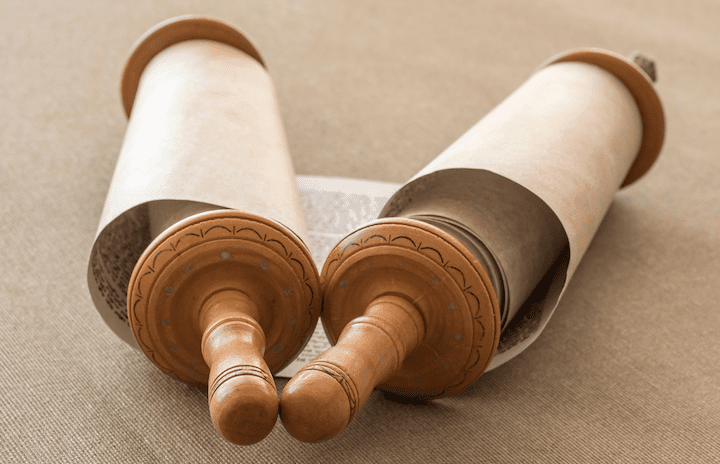 James Goldberg and I were grateful to publish a short version of my story in Meridian in May 2020.  Now, more than two years later, we have released a book-length treatment through BCC Press.  We’re thrilled to share this news with you, and hope you’ll enjoy the book as much as you enjoyed the short story.

I felt we needed a full book because I couldn’t keep my story stuck in 2003, the story the Church knows and the story 18-year-old version of me told.  Also, Latter-day Saints are naturally interested in things Jewish, and we’re studying the Hebrew Bible in Come Follow Me this year.  While I was on fire with testimony as an 18-year-old new convert, one who had a revelatory experience with the Book of Mormon, we felt the Saints should also know how I wrestled with my new-found beliefs and who I am – my identity.  This will lead you on an even more fascinating journey than that of supernatural conversion alone.  The book charts the major turning points of my life, which I’ll relate briefly here.

We trace the voices that spoke strongest to me in different phases, the first being the voice of Torah during my bar mitzvah, in 1998.  Unusual among my Jewish friends, I took my bar mitzvah very seriously, devoting extra hours learning with the rabbi and cantor in preparation for what I viewed as a covenant-making event – son of the commandments.  I embraced scripture literally — that was also unusual.  I believed Moses, his teachings, his miracles.  Moses’ voice, a prophet’s voice, spoke to me.  I had the buds of questions about modern prophecy.  Could we get someone like Moses again?  Ironically, I wasn’t all that interested in the question of the Messiah and the end of days.  I wanted an intimate, supernatural encounter with God, through a prophet.

Once I was introduced to Rabbi Tovia Singer in 1999, the counter-missionary founder of Outreach Judaism, I started to ask questions about the Messiah – for the first time in my life.  This led to debates with Latter-day Saint friends — Shea, Dave, and Matt.  After I nearly burned the Book of Mormon — stopped only by revelation – the voice of ancient America’s prophets and their Messiah, Jesus Christ, began speaking to me.  I suppressed this voice because I had already made a sincere commitment to Moses and Torah and sought to continue my life as a Jew.

The rupture came when I had a falling out with one of my closest friends since childhood, a Jewish girlfriend, and we broke up.  Heartbroken, I ran away from my Jewish identity and seized an opportunity to act on my belief in the Book of Mormon.  I was baptized into the Church of Jesus Christ of Latter-day Saints in 2003, just five years after my bar mitzvah.  That’s making two serious covenants in a short, tender time of life.

And so, the voice of the Book of Mormon dominated my life for the next three years, from 2003-2006.  I explored my new faith as a zealous convert at the University of Arizona and immersed myself in it as a full-time missionary to New Jersey.  Toward the end of my mission, while serving in Rockland County, New York, with the highest concentration of Jewish people in the country, I started to hear the voice of the ancient Hebrew prophets again, the voice of Zionism.  I felt the overwhelming desire to return.  But return to what?  I felt I needed to return to the Torah of Israel and the Land of Israel – the core message of those prophets.

But I was forming a Latter-day Saint identity at that time; I was ‘Elder Olson.’ How could I now reconcile the vigorous return of my Jewish identity?  To compensate, I doubled down on my study of Israeli Hebrew and the Hebrew Bible at Brigham Young University.

But all I could dream of was experiencing the Land of Israel – its sights, sounds, smells, tastes, touches.  After rejection from the BYU-Jerusalem Center, I returned to Israel as a Jew.  I went through the immigration process and become a dual citizen for a time.  I returned to the Temple Mount in Jerusalem, pointing my heart and my prayers toward the sacred place my ancestors considered the Holy of Holies.  I felt the greatest concentration of God and holiness I had ever felt – even without a Temple covering that sacred ground.

At that time, the voice of Zionism dominated my dreams and I sought rootedness in the land of Abraham, Isaac, and Jacob – my forefathers.  But my testimony of the Book of the Mormon was unrelenting too, and I sought the Temple, one I didn’t have in the Land of Israel.  After heart-wrenching and soul-searching, I returned to America – I pulled a Lehi.  I met my beautiful bride Sara at Brigham Young University and made eternal covenants with God and her in the San Antonio Temple in 2008.

But as I learned more at BYU, I began to find I could balance my Latter-day Saint beliefs and Jewish identity.  The Zionism was still dominant, and a harsh episode of anti-Israel teachings in BYU’s Middle East Studies program pushed me deeper into my Jewish identity again, making me realize that while I strongly shared beliefs with Latter-day Saints and knew a living prophet led us, I still felt the Jewish people were “my people” – my tribe. I had a duty to my ancestors that the Church taught me to seek out and bind myself to.

As a response, I entered Brandeis University’s modern Israel Studies program, earning a Ph.D. there in 2016.  And there, at Brandeis, I encountered a modern Jewish sage, Abraham Joshua Heschel, who spoke to my Jewish heart that was still beating.  As Heschel embraced his calling in America while still longing for the Land of Israel, so could I.  I could reach across faiths, like he did with Martin Luther King, Jr., and I could make America better by serving it as a Navy Chaplain.  I ministered to Sailors and Marines of every faith.

Through it all, I learned that the purpose of life is to bless with every heartbeat.  As the greatest modern Jewish (religious) songwriter, Debbie Friedman, taught me in my childhood (concerning Abraham’s journey) — “And you shall be a blessing” – so too have I sought to be a blessing to my family, my troops — and now to you.

Just finished listening to the book on Audible - fascinating, especially for Latter-day Saints, but much more than just an LDS book!

What noble aspirations! May you blessed in your search for peace and happiness as you serve as the Savior does.