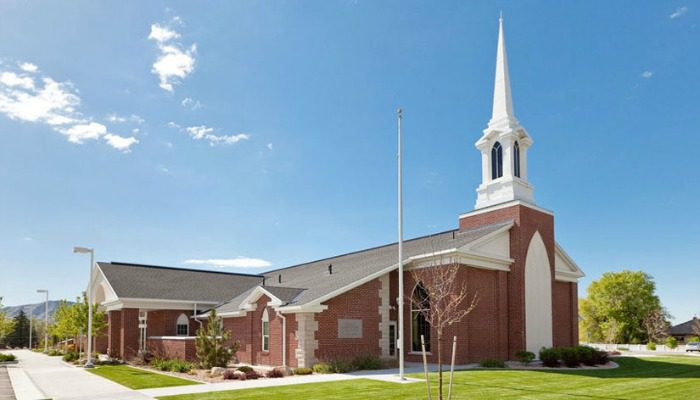 I’d grown up “in the church” but, like all of us, I needed to get my own testimony. During my teens it occurred to me the astronomic unlikelihood that I would just happen to luck out and land in the one, true church. Of the billions of people on earth, how could I have hit the jackpot? I mean, literally, what are the odds?

I had no quarrel with the gospel, I just needed to know. For myself. So I embarked upon a journey of earnest study and prayer. But, unlike the many stories I’d heard, I did not get an answer. Not for days, not for weeks, not for months.

I kept at it, but felt isolated and unheard. Didn’t God want me to know the truth, either way? Was I to remain in this questioning state forever? Did it even matter to him?

I continued to study, wrestling and striving, fasting and praying. By now it had been more than two years and I was really growing, well, tired. Discouragement was creeping in, hopelessness beckoning. But I dragged myself to church once again, sat down on a bench, sang the songs, took the Sacrament, and listened to the speakers.

And then someone got up to speak, and I honestly don’t remember if it was a man or a woman, or what their topic was, because I didn’t hear a single word of it. It was as if the chapel were suddenly flooded with light, and I felt the most enveloping, warm love and peace I had ever encountered. I felt transported, at once convinced I was not only a member of Christ’s true, restored church, but that I was in the right place to learn this. My heart and mind seemed to join one another in absolute joyous certainty. Suddenly the struggle was entirely worth it, just to feel a glimpse of such pure truth. I felt bathed in acceptance, buoyant and enlightened. The Holy Ghost seemed to be changing my very DNA, or at least adding to it, because I knew this was an indelible witness I could never deny.

So many lessons came from this experience. First, it’s worth the effort to earnestly seek knowledge of the truthfulness of the restoration. Next to Christ’s resurrection, there is literally no piece of information more important than this, and it’s worth whatever we have to sacrifice, however hard we must labor, to get that witness.

Second, we must not give up, even when we feel we’ve tried for long enough. In his BYU devotional, “Bread and Stones: Understanding the God We Pray to” S. Michael Wilcox talks of how the Hebrew night is divided into four watches, the last one being just before dawn. He gives several examples of how ours is a “fourth watch God” who often rescues us after we’ve toiled, after we’ve struggled and nearly given up: Disciples in a storm on Galilee, Joseph in the Sacred Grove, the widow of Zarephath about to die when Elijah arrived to save them, Hagar hiding Ishmael so she wouldn’t have to see him die. And think of Abraham’s preparations to sacrifice Isaac, only to be stopped at the last second.          God wants a tested, tried people. He also wants us to learn what we’re made of, that we really can endure more than we thought we could.

Third, it matters where we are, physically. “Standing in Holy Places” isn’t just a nice idea. It puts us where the Spirit can speak to us. If we’re out boating, partying, shopping, or playing sports instead of attending church on the Sabbath, just how much spiritual insight can we expect to gain? Demonstrating obedience opens channels of inspiration.

Fourth, it is not enough to be a cultural Mormon, to go to the ward dinners and get some scouting badges or go to Girls’ Camp. Too many of our ranks are falling away because they’ve never paid the price for a real testimony of their own. They’ve never had their own Gethsemane moment when they have begged and pleaded for truth. They’ve just gotten comfortable with going through the motions and having family reunions. Without a deep taproot, without that sure witness of their own, they will topple in the first strong storm.

Fifth, none of us are beyond God’s reach. He is keenly involved in the details of our lives and knows exactly where we are and why we struggle. He wants every one of us to turn to him, exert faith with all the energy of our heart, repent, and then accept the amazing gift of the atonement. He wants us to know, and then to share what we know. He wants all of us back, every one. Even an obscure teenager. Yes, he knows we will continue to trip and fall, even when we believe the truth with all our hearts. And he has provided the Sacrament so we can weekly renew our covenants and begin again. But we need never feel alone or abandoned. The quest for a real testimony is worth any price we have to pay. It’s different for each of us, but for me, I will forever be grateful for the best Sacrament talk I never heard.

Amen! This story reminds all of an important truth--that revelation during a meeting often comes to faith seekers as a result of just being in the right place at the right time, regardless of the speaker or topic. "Wherever two or more are gathered in My name..."

Thank you! I agree with your statement that many members are "cultural members." Every one of us has to search and find our testimonies......