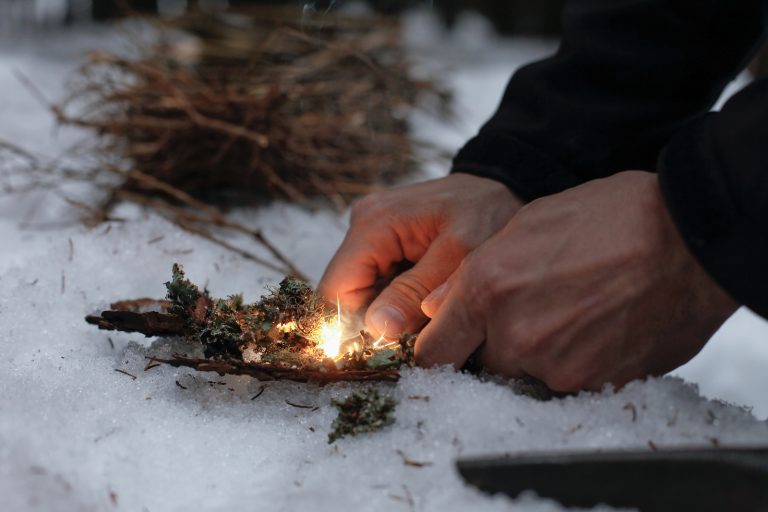 Delos was an avid scouter all of his life. From the time he turned twelve and joined his first Boy Scout troop, he never missed a campout. Even after he moved into the group of older boys, he still volunteered to go on the campouts with the younger scouts. He was only seventeen when he was asked to be the Assistant Scoutmaster. He happily agreed.

The boys loved and respected Delos, partly because they knew they were important to him. He expected a lot of them. He not only insisted they know their knots, but he also taught the boys to survive under any circumstance. There were a few times when the boys claimed the skills that Delos taught them had saved them.

But then came the Japanese bombing of Pearl Harbor, and soon Delos’s number came up for the draft. But the problem was that he was not the only one being called away. Almost all of the men were drafted. The scouts would have no one left to be their Scoutmaster.

Delos went away to basic training. As he marched, drilled, and did calisthenics, he thought of the boys in his troop. There was no one there teaching them to tie knots, no one taking them camping, no one to eat the burned food they made, and no one to sit around the campfire and tell them stories. As he was approaching the end of the first part of training, the men were told they were going to receive a short leave. It was only for one long weekend, and then they had to be back for more training.

Most of the men just planned to go to the nearby town and live it up, but Delos decided on another plan. Late Thursday night he called home and told his family to have the boys meet him at the train station with their packs and camping gear. He then left to board the train home. He traveled all through the night, arriving at the train station in his home community early Friday morning.

Delos wasn’t sure everything would work out, or if the boys would even be there, but when he stepped off of the train, there were the boys with their packs and gear, along with the one thing Delos never went camping without, his guitar. There were also community members there ready to drive the troop members to the designated campsite. Off they went into the woods. They had the usual burned food and sat around the campfire telling stories. The boys listened intently as Delos told them about basic training and shared his love of country.

Then Delos pulled out his guitar and sang patriotic songs. He also sang “I Am My Own Grandpa” and other old-time favorites. All too soon it was Saturday evening, and the community members were back to take them home. The boys all loaded into the cars, tired, dirty, and happy. Delos rode back to the train station where he was able to enjoy a visit with his family before it was time to board the train back to the base.

Delos, once more, rode through the night to get back. As he walked into the barracks on Sunday evening, most of the men were still nursing hangovers. When Delos sat on the edge of his bunk, one of the other soldiers sniffed the air.

“Is that you that smells like a campfire?” the soldier asked Delos.

Delos smiled and nodded. “I rode the train home and took my scouts camping.”

“That’s crazy,” the other soldier said. “You could have been out drinking and having fun.”

I was a Scout leader for 32 years. I also had two boys and both are Eagles. My father is an Eagle. I saw so many good men like him during my years of service. His story is superb and reminds me of so many more, it brings sweet memories.

The song mentioned wasn't recorded until 1947.