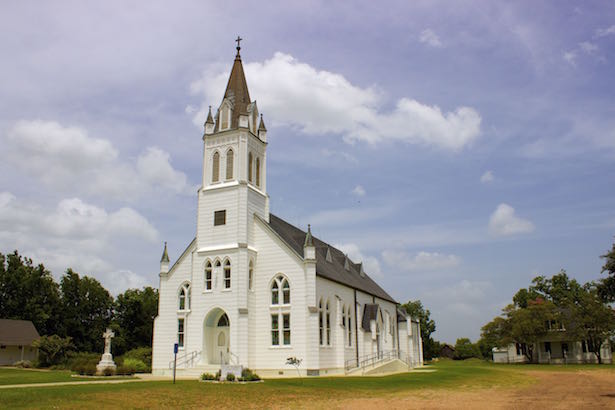 LDS attorney Hannah Smith works for the Becket Fund where she litigates cases involving religious freedom. She wrote this article for National Review with Diana Verm about a troubling development.

In the wake of Hurricane Harvey, massive amounts of federal aid are being sent to Texas, helping victims of that natural disaster rebuild. FEMA permits funds to go to museums, zoos, and even community centers that host sewing classes and stamp-collecting clubs. But houses of worship are left out in the cold. That’s because of a FEMA policy that categorically excludes houses of worship from equal access to disaster-relief grants. Unfair? Yes. And unconstitutional, too. In a lawsuit filed earlier this week, three small churches in Texas are challenging FEMA’s policy, arguing that it violates the free-exercise clause of the First Amendment under the Supreme Court’s recent decision in Trinity Lutheran Church v. Comer. What does Trinity Lutheran say about FEMA’s denial of disaster-relief grants to churches? A lot. In a 7-2 decision, the Supreme Court held that excluding churches from a generally available public benefit constitutes religious discrimination and “imposes a penalty on the free exercise of religion that triggers the most exacting scrutiny.” Missouri had created a grant program to help non-profit organizations resurface their playgrounds. Many non-profits were eligible, but churches were excluded because Missouri interpreted its constitution to block funding to churches. The state’s exclusion of churches from the program violated the free-exercise clause because it “puts Trinity Lutheran to a choice: It may participate in an otherwise available benefit program or remain a religious institution.”