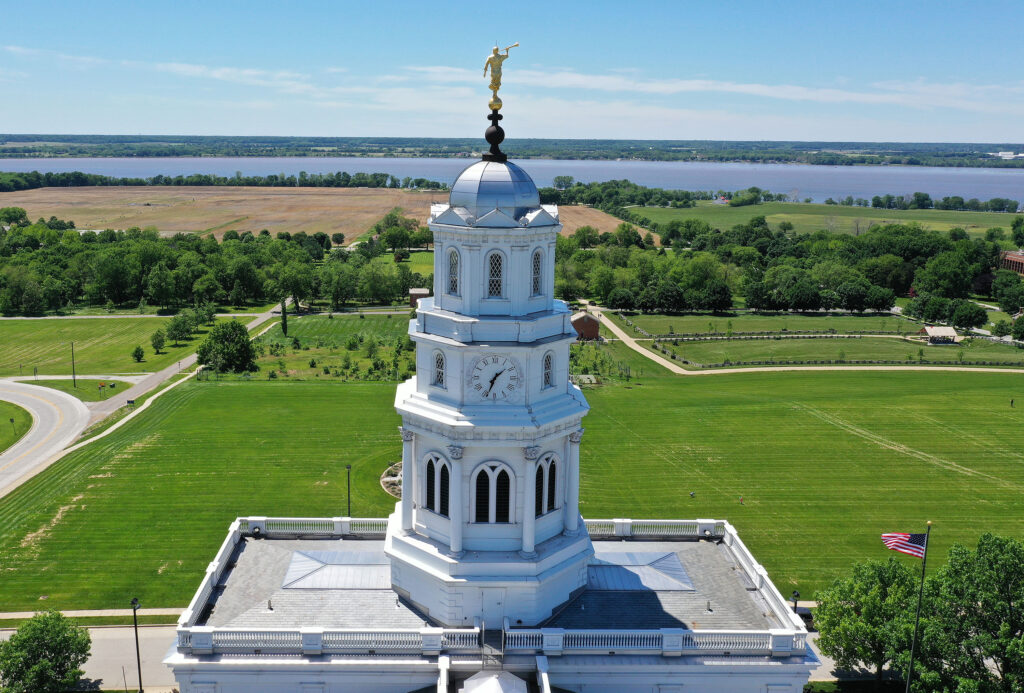 The Temple District in Historic Nauvoo, Illinois, has been recognized with the American Association for State and Local History’s Award of Excellence.

The Award of Excellence is one of the association’s Leadership in History Awards, a prestigious recognition for achievement in the preservation of state and local history, according to a news release from the association on June 15.

In addition to the Nauvoo Illinois Temple, the Temple District includes restored homes from 1840s Nauvoo, portions of the original street grid, the regenerating woodlot in the West Grove, and historical landscaping.

The restored homes are those of William and Caroline Weeks, Edward and Ann Hunter and William and Esther Gheen. Williams Weeks was the temple architect and conferred with Joseph Smith on the design. Joseph stayed in the Hunter home for a time and there received revelations about the details of the sacred temple ordinance of baptism for the dead.

“This neighborhood presents not only the lives of its residents but more importantly the design, construction, use, and spiritual significance of the Nauvoo Temple, which was the dominant feature of the historical city and the principal reason for its founding in 1839,” according to the news release.

Elder Quentin L. Cook of the Quorum of the Twelve Apostles dedicated the Temple District in May 2021.